You are here: Home › Our Blog › How Zoya Reyzis Brought Natural Beauty to Women in Brilliant Color
By Theresa Groskopp, CN on September 17, 2013 in Natural Health Heroes 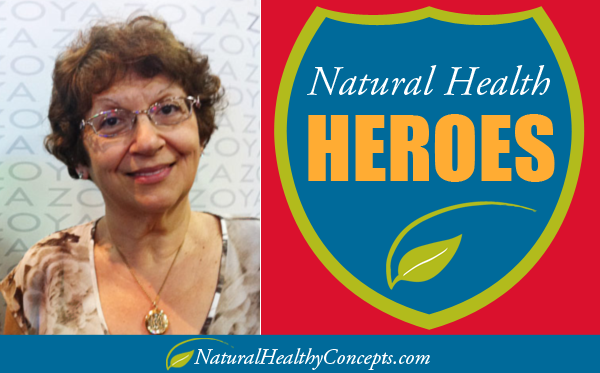 You could call the story of Zoya Reyzis the classic American Dream come true.

A Ukrainian immigrant who moved to the United States, started a business and through hard work and ingenuity became incredibly successful – it’s a tale most of us are familiar with.

However, Zoya Reyzis is also a natural health hero to women everywhere. She and her husband revolutionized the cosmetics industry and gave women in all stages of life the opportunity to feel beautiful without worrying about the effects of harsh chemicals.

Zoya Reyzis started playing piano at just 7 years-old, and she performed as a classical pianist in Russia. She and her husband, Michael, moved to the U.S. from the former Soviet Union in the late 1970s. A job playing classical music was obviously difficult to find.

So Zoya chose to become a licensed cosmetologist and start a new career. She and Michael eventually opened a small nail salon in Beachwood, Ohio.Â  But music was always on her mind, and even inspired her as she worked as a nail technician in her own business.

Reyzis told The Plain Dealer newspaper in Cleveland, “I related each phase of the service to a part of a musical composition…Everything is music to me.”

Zoya would play a role in creating what you could call a cosmetic composition – a tune that would be music to the ears of women who love nail polish – especially pregnant women.

In 1984, Zoya and Michael Reyzis were expecting a baby. This created a bit of a concern for Zoya who was working as an aesthetitician. That’s because the harsh chemicals used in nail polishes, removers and other common cosmetics could cause birth defects.

Zoya realized that this wasn’t only a problem for her – but for the many women who were pregnant and still wanted attractive, colorful nails. She questioned why nail polishes had to be made with these chemicals.

Nail polish and removers can also contain methyl methacrylate and acetonitrile, a chemical that breaks down into potentially poisonous cyanide if ingested in the human body.

It’s no wonder those things were such a major concern for an expectant mother who worked around these chemicals all day long.

Fortunately, Zoya had someone quite knowledgeable at her disposal. Michael Reyzis just happens to be a brilliant chemist. So Zoya asked her husband to start creating nail polishes that were safer to use.

It turned out that Michael had a talent for developing these products. Working in a lab built in the basement of their home, Michael started bringing Zoya’s ideas to life. Together the couple formed a dream-team developing a host of cosmetics using less dangerous ingredients and more natural alternatives. 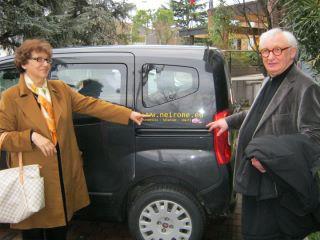 Zoya and Michael Reyzis in Italy

Their commitment to health and safety hasn’t meant a compromise in quality for Michael and Zoya Reyzis.

Since launching Art of Beauty Inc. in 1986, they have not only made cosmetics more natural, they’ve made them better too.

Allure magazine honored the Reyzis’s company with a coveted Best of Beauty Award. Plus, you can find their high-end products in the top salons and spas in the world as well as on the nails of runway fashion models. Of course, they’re also available through Natural Healthy Concepts.

Art of Beauty includes the brands Zoya, Qtica , Smart Spa and Zoom. The company is still family-run. The couple’s two sons and their wives are also involved. Zoya continues to be the heart and soul of the company while Michael is very involved with the formulation of new offerings.

Zoya Reyzis even finds time for her first love – classical music. She teaches piano lessons and is very involved with the music community in Cleveland – sitting on several boards includingÂ the Women’s Committee of the Cleveland Institute of Music and the Cleveland International Piano Competition.

She is a natural health hero because she saw a need and she filled it. She solved a problem for pregnant women who wanted to find a way to stay safe and feel beautiful – even with a big belly.

Zoya Reyzis is an inspiration, and she also pays tribute to others. You’ll notice how the array of nail polish colors have unique names. She dedicates them to the many women in her life who have inspired her. When you wear these natural nail polishes, remember Zoya’s story and that there is also another story behind each vibrant color.

Shop for Zoya Nail Polish at Natural Healthy Concepts right now and see some of those colors for yourself! CLICK HERE Order some nail polish today and get free shipping too!

Postpartum Depression VS. The Baby Blues: Signs & Symptoms
Could You Be at Risk for Metabolic Syndrome?