You are here: Home › Our Blog › Workout Wednesday: Why Magnesium is So Important
By Theresa Groskopp, CN on July 15, 2015 in Fitness & Exercise 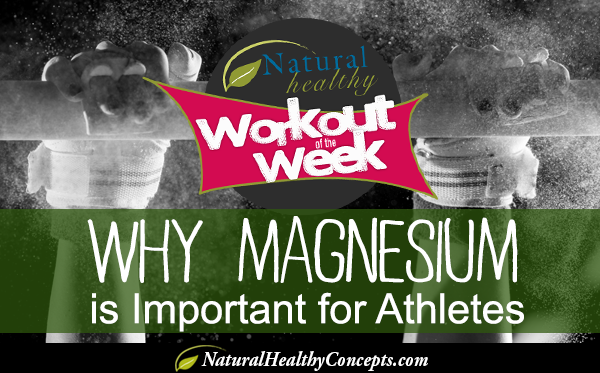 If you care even the littlest about your healthâ€”and if you’re taking the time to read this post, we know you doâ€”you likely already know about how important magnesium is to your body on a daily basis.

It plays a role “in over 300 enzymatic reactions within the body, including the metabolism of food and synthesis of fatty acids and proteins,” (Source) functions an important electrolyte, and deficiencies can have numerous effects on your ability to maintain optimal health.

We all need magnesium every day, but this mineral is especially important for athletes and fitness fans.

Magnesium & Why You Need It

Magnesium is the second most abundant mineral found in your cells (after potassium) and, unfortunately, is also near the top of the list of nutrients many of us are deficient in. In fact, you could be deficient and not even know it!

Many people make the assumption that they’re getting enough magnesium through their daily diets since it’s found in such a wide range of foods. However, the human body requires quite a bit of magnesium, and hitting that requirement is especially important for athletes.

What are the best food sources of magnesium?

There are a number of common foods that can deliver a healthy amount of magnesium, but it’s important to note that boiling vegetables can reduce the amount. Refined grains are also said to have little magnesium content, so be sure to choose unrefined grains.

Take a look at the list below for a great list of the foods that should be in your diet to ensure healthy magnesium levels: 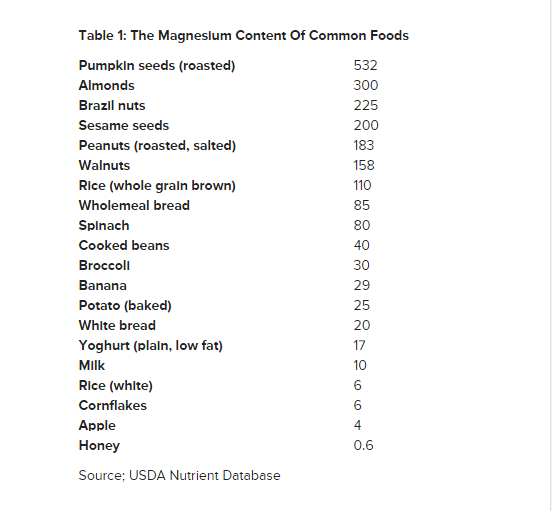 The Dangers of a Magnesium Deficiency

According to Dr. Mercola, “Up to 80 percent of Americans are not getting enough magnesium and may be deficient. Other research shows only about 25 percent of U.S. adults are getting the recommended daily amount” (Source).

What’s even more frightening is how a deficiency can really affect your overall health.

For athletes, treating the body like a temple is a must. This includes staying on top of key minerals and performance nutrition. Magnesium plays an incredibly important role in the production of healthy energy levels, and most athletes have an idea of that. However, many may not be aware of how important magnesium also is to the maintenance of optimal health, as well as a high level of performance.

Do athletes generally get enough magnesium every day?Â Studies would suggest not.

However, a 2005 U.S. study tested the effects of magnesium depletion on exercise performance in 10 women for three months. The results provided “the first evidence that low dietary magnesium, in amounts consumed by some groups of physically active individuals, impairs function during exercise” (Source).

Another study that appeared in theÂ Journal of Applied PhysiologyÂ claims that “there is also evidence that a magnesium shortfall boosts the energy cost, and hence oxygen use, of exercise because it reduces the efficiency during exercise of muscle relaxation” (Source). 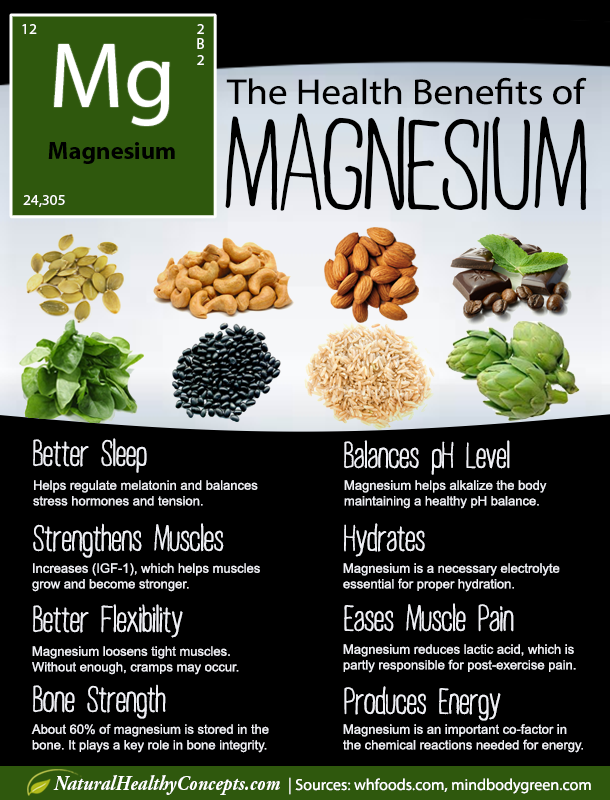 It’s all-too-easy to get less-than-optimal levels of magnesium. Make sure you’re eating high-content foods like the ones shown on the graphic above and listed further up in this post. When you maintain healthy magnesium levels, your body will produce the energy levels you need to perform well.

While a daily intake above the recommended daily value (400-420mg a day for men and 310-320mg a day for women) probably won’t boost your performance any further, reaching the RDA is still important for maintaining good performance in the first place.

In addition to getting magnesium from your diet, you also have the option of supplementing as well. Check out the options listed below:

Have you noticed a difference in your performance when you do or don’t get enough magnesium every day? Let us know in the comment section below!

If you enjoy these posts, enter your email below to get each new post sent right to your email inbox!

2 Responses to Workout Wednesday: Why Magnesium is So Important