You are here: Home › Our Blog › Workout Wednesday: Getting Active at Work with Deskercise
By Theresa Groskopp, CN on October 14, 2015 in Fitness & Exercise 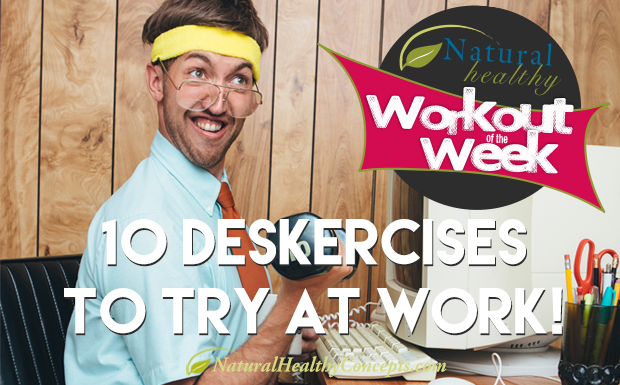 Have you heard of “sitting disease”? It’s the term being used by an increasing amount of doctors and other medical experts to refer to long periods of inactivityâ€”or, sitting.

The average person sits for around seven hours every day, which, as we all know, can be pretty bad for overall health. If you have a desk job, it can be pretty hard to do anything other than sit all day while you work.

We’re changing that this week. Check out our post on 10 great exercises you can do right at your desk!

It’s no secret that we’re known as the fat nation. It’s also no secret that a large number of Americans lead pretty sedentary lifestyles. Honestly, it’s pretty amazing how much we sit every day. If you need some evidence about how much we actually do sit, take a look at some of the facts below.

In recent years especially, we’ve all been repeatedly told about how bad sitting is for our health. Studies have proven it. Standing even a little every day helps keep your muscles toned, helps improve your posture, helps maintain healthy blood flow, and boost your metabolism. With that in mind, let’s get to this week’s workout.

Deskercise: 10 Ways to Exercise at the Office 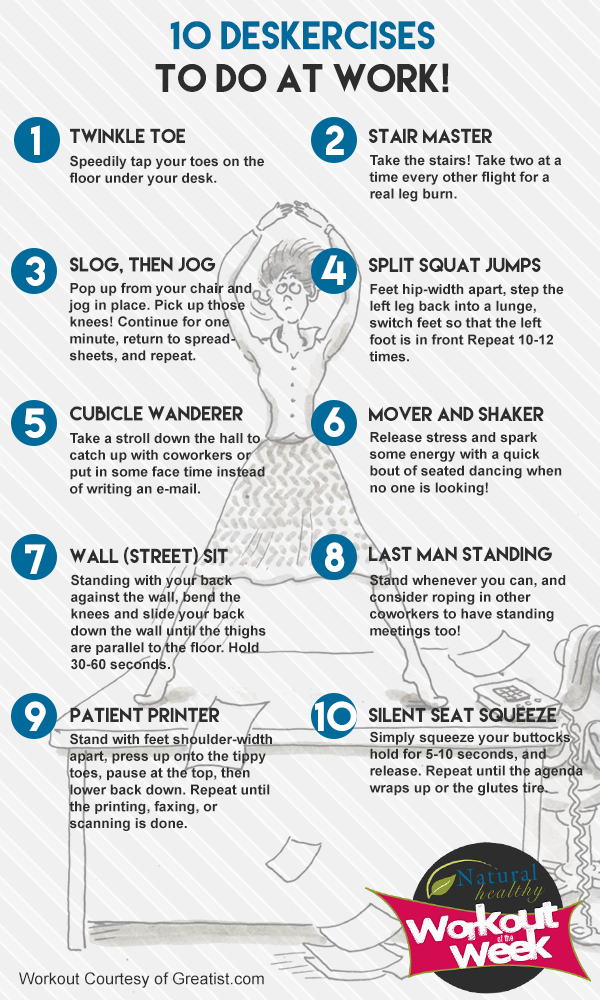 As noted in the graphic, this week’s workout comes from Greatist.com. We have a pretty big group of people here in NHC who sit at desks all day, so this workout is just as great for us as it is for all of you.

Working desk jobs may leave little time for moving around, and the great thing about these “deskercises” is that they can be done right at your desk (or nearby it). As Greatist says, “these deskercises won’t promise Olympic mile times or six-pack abs, but they might just improve strength and burn a few calories to boot” (Source).

While we’ve only focused on the first 10 exercises in this post, Greatist has a whopping 33 different deskercises you can try. (You can check them out here.)

If you enjoy our posts, don’t forget to enter your email below to get each new post right in your inbox!