You are here: Home › Our Blog › Why Meditation Practice Benefits Your Health
By Theresa Groskopp, CN on January 20, 2015 in Health Tips 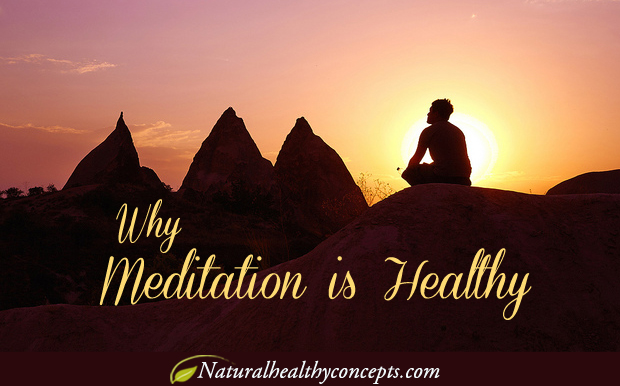 Could meditation practice benefit your life?Â The practice of meditation is so much more than “just sitting around,” and what many don’t realize is that a simple 15-minute meditation every day can do a world of good for your health, mentally and physically. Even taking 5 minutes to meditate can have an impact.

St. Francis de Sales once said, “Half an hour’s meditation each day is essential, except when you are busy. Then a full hour is needed.”

Meditation has been growing steadily in popularity over the last several years, but there are still plenty of people who dismiss the simple practice of mindfulness as nothing more than a waste of time. After all, with all of us leading such busy lifestyles, who has time to waste on, well, doing nothing but sitting around?

What is Meditation Practice at Work?

Meditation, while it may look simple, should be a little more involved than just sitting with your eyes closed for 15 minutes. Meditation is a “state of profound, deep peace that occurs when the mind is calm and silent, yet completely alert” (Source).

The Idea of Thoughtless Awareness

Something important happens during thoughtless awarenessÂ â€” the stress-producing part of your mind is whisked away, and it happens without negative effects on your alertness, or on the effectiveness of your meditation practice.

As you sit and breathe, thoughts are still going to flood your mind. However, rather than engaging with them like you normally would, simply acknowledge them and let them float by. This is thoughtless awareness.

Dr. Ramesh Manocha, an educator and researcher in the Meditation Research Program at the Royal Hospital for Women in Sydney Australia, calls this authentic meditation. He states that this “enables one to focus on the present moment rather than dwell on the unchangeable past or undetermined future,” and that “this is said to be therapeutic both psychologically and physically.”

That idea is what sets meditation apart from other activities like sleeping and relaxing. Meditation isn’t about focus, concentration, visualization, or trying to escape your thoughts. It’s all about the act of letting go and giving yourself to your inner silence for a while.

What Exactly is Living in the Moment?

It’s pretty simple, actually. It’s easiest to think of living in the moment as a state of child-like innocence. You’re simply balanced, stress-free (if only for a few moments), and enjoying the now, rather than focused on stress, your job, and the numerous other things that may be screaming for your attention. Living in the moment “harnesses the abilities to be happy, spontaneous, and completely unpretentious” (Source).

According to an article in Huffington Post, “studies show that meditation is associated with movement in a variety of psychological areas, including stress, anxiety, addiction, depression, eating disorders, and cognitive functioning, among others.”

With all of these health benefits, why wouldn’t you want to meditate? Just like with a regular exercise routine, there’s the same excuse from many peopleâ€””I don’t have time.”

Making Time for Your Practice

The ideal time for most meditation practice is just 15 minutes twice daily (once in the morning and once at night). However, sometimes sticking to that 15 minutes can be hard. It can beÂ really hard, but there are easy ways to bypass that difficulty.

Rather than focus on 15 full minutes of meditation (especially if you’re new to the practice), start with just two or five minutes instead. Fifteen minutes can seem like a big commitment. When you start with a shorter amount of time, you’re more likely to stick with the practice entirely.

Rather than trying to fit meditation into your daily routine, do the oppositeâ€”make meditation your base and build your day around it. Meditate at the same time every day if possible, and make sure you have a quiet place to do so. Silence your phone and let your family and friends know what you are doing so they give you space during those times.

When you start to feel overwhelmed, meditate. Wherever you are, meditate (but please don’t do so while driving or in any other situation where closing your eyes might cause harm to yourself or someone else). You might not think that a few minutes of mindful awareness could help you feel better, but it canâ€”and it’s great for your overall health, too!

Are you a fan of regular meditation? How has it helped improve your life? We’d love to hear from you. Please leave us a comment below.

Vegetarians & Vegans: Who they are and how to become one
Workout Wednesday: An Explanation of Tabata

One Response to Why Meditation Practice Benefits Your Health