You are here: Home › Our Blog › Why Campbell’s Soup is phasing out BPA
By Theresa Groskopp, CN on March 9, 2012 in Health News 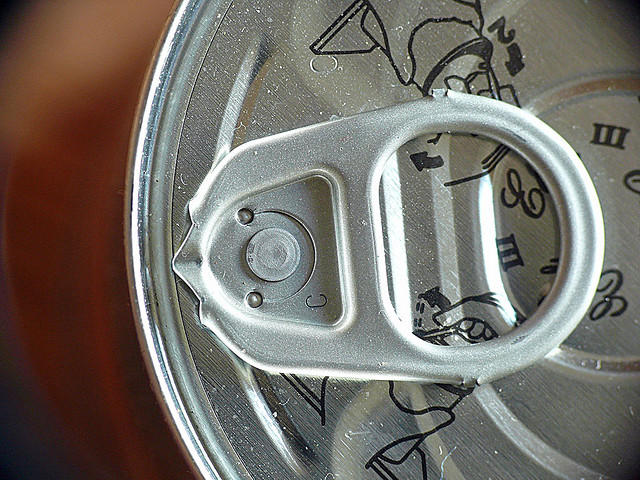 The use of bisphenol A (BPA) in food manufacturing has come under fire these past few years, and now one company is doing something about it.Â  First, a little history:Â  In 2009, Consumer Reports tested for BPA in soup, vegetables, tuna, and other canned products from companies like Campbell’s, Chef Boyardee, Del Monte, NestlÃ©, and Progresso:

CRâ€™s findings indicate the extent of potential exposure: Consumers eating just one serving of the canned vegetable soup it tested would get about double what the FDA now considers typical average dietary daily exposure.

This week comes the announcement that Campbell Soup Company is phasing out BPA in itâ€™s can packaging process. Here is the story via Food Safety News:

Campbell’s Soup Phasing Out BPA Use in Cans

Although it maintains that the bisphenol A (BPA) in its cans is safe, the Campbell Soup Company says it has already switched to alternatives in some packaging as it ends the use of the controversial chemical.

“The trust we’ve earned from our consumers for over 140 years is paramount for us,” Owens said.

The decision was hailed by the Breast Cancer Fund (BCF) as a victory for consumers. But the group called on Campbell’s to disclose its timeline for the phase-out and reveal the alternatives it will use.

Last year, after the BCF tested 12 canned food productsÂ popular for children, it announced that the Campbell foods had the four highest levels of BPA. As part of a “Cans Not Cancer” campaign, the group saidÂ more than 70,000 letters were sent to Campbell urging the company to stop using BPA in its packaging.

BPAÂ is a chemical, used in the epoxy resin that coats cans to protect against spoilage. The concern is that BPA can leach into the food or beverage.

Campbell’s decision is the latest step in the long-running debate over whether BPA, said to be an endocrine disrupter, is actually harmful in the amounts most people typically encounter.

Although some studies indicate exposure to BPA, even in small amounts, may cause reproductive, neurological and behavioral problems, other studies have shown BPA is safe in the low doses children and adults are exposed to, and that nearly all BPA consumed is rapidly excreted with no evidence of accumulation.

However, consumer confidence in BPA has vanished and Campbell’s joins a long list of companies that have already started to phase out or are planning to eliminate BPA from their packaging.

Owens said Campbell’s replacement plan has been in the works for several years. There will be no added costs to consumers.

Your Desk Job Makes You Fat, Sick and Dead!
Is Fluoride in Water a Good Thing or a Bad Thing?