You are here: Home › Our Blog › What’s a Healthy Weight? BMI May Not be the Best Measure
By Theresa Groskopp, CN on April 13, 2015 in Fitness & Exercise, Health News 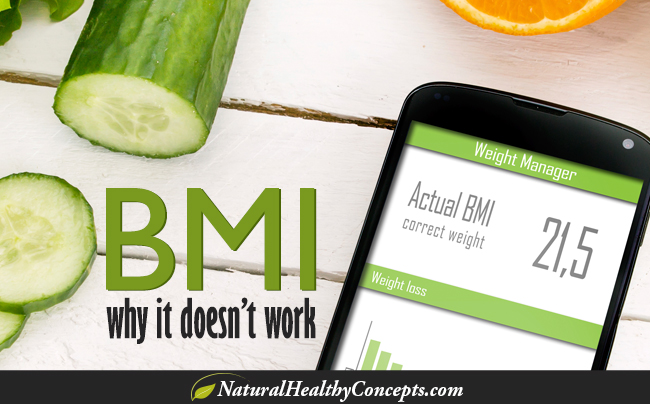 At some point or another in your life – or regularly in your life – you’ve probably thought about your weight. The number on the scale, your favorite jeans feeling a little snug, those dimples on the back of your thighs, the super-fit models in every advertisement – there are a million things in our lives that make us wonder, “Am I fat?”

I know I’ve been there – often. I’m not the 110-pound girl I was when I got my drivers license. My changing life and changing body have no doubt impacted my weight, but when I see the number on the scale, it seems so much bigger than it used to and I find myself wondering, “Is this where I’m supposed to be?”

Google anything related to healthy weight and you’ll get tons of results telling you to use your BMI (Body Mass Index) to determine if you’re weight is on target. There are tons of calculators online. Go to the CDC’s page, enter your height and weight, and it gives you a number that signifies you as “underweight,” normal,” “overweight,” or “obese.” It’s the tool health organizations and medical professionals have been using for decades, but does it really tell you if you’re healthy?

More and more people are starting to say, “No.”

In theory, the BMI sounds great. The CDC describes it as, “a number calculated from a person’s weight and height,” and says, “it’s a fairly reliable indicator of body fatness for most people.”

An individual’s BMI can then be used as a screening tool to identify possible health problems since research shows that carrying too much fatÂ can increase your risk for heart disease, stroke, diabetes, some cancers, osteoarthritis, and more. Â So, if your BMI number puts you in the overweight or obese category, you’re on the road to poor health unless you shed some pounds.

But it turns out that the BMI often doesn’t work as well as many would like to think it does.

Why BMI isn’t Always an Accurate Measurement of Fatness

It’s right in the name: Body MASS Index. BMI calculates your mass, not your fat. It doesn’t differentiate between the fat, muscle, and bone that makes up that mass.

This makes it particularly inaccurate for lean, athletic people. Everyone knows muscle is dense, so if you workout a lot and have more muscle, obviously you’ll weigh more. This means we could have two people with the same height – one who exercises regularly and is toned, and one who spends their time on the couch and looks they could stand to lose a few pounds – but the fit individual might be classified as overweight while the couch potato could be normal. But do you think the athlete is really at greater risk for heart disease? Think about this: According to BMI, Michael Jordan was overweight during his prime.

2. It doesn’t differentiate for age or gender.

Except for children and teens, everyone is evaluated the same way. So, whether you’re 20 or 90, you’re held to the same standard. For the elderly, this means BMI doesn’t take into account the loss of muscle or decreased bone density that can occur with age. And even though women naturally have more body fat than men, they’re on the same scale, too. (By the way, the creator of BMI designed it for “the average man.”)

3. It doesn’t work equally for all races.

BMI was developed by a Caucasian man for what he considered the average person, which to him was a white male. The BMI therefore is not well suited to measure the health risks in regards to weight of other ethnicities, particularly African Americans and Asians. BMI tends to overestimate fatness in African Americans while underestimating it in Asians.

Since BMI doesn’t measure body fat, it doesn’t measure the distribution of fat either. Health risks associated with excess fat can vary with where fat is on the body. In general, a individual’s body falls into one of two categories: apple shape or pear shape. If you’re an apple shape, you typically gain weight around the abdomen. If you’re a pear shape, the weight accumulates around the hips and butt.

Why does shape matter? Just like there are two basic body shapes when it comes to fat, there are two basic kinds of fat, subcutaneous and visceral. Subcutaneous is the fat that insulates, cushions, and stores energy, and it’s what gathers around the hips (pear shape). This fat is pretty harmless and is in fact needed by the body. Visceral fat on the other hand accumulates deep in the abdomen, filling spaces between organs. It not only gives a person that apple shape, but it also poses greater health risks.

5. It divides weight into distinct categories.

According to BMI, you’re either underweight, ideal/normal/average, overweight, or obese. And the only thing distinguishing the categories is a decimal place. The normal BMI is 18.5 to 24.9. Once you hit 25, you’re overweight. So if I take a shower first thing in the morning, towel off, step on the scale, and then calculate my BMI, I’m normal.Â But you weigh the least in the morning and your weight can fluctuate two to four pounds during the day. If I weigh myself again late in the day, those two to four pounds could tip my weight into the overweight category. And could makeÂ someone already self-conscious about their appearance even more insecure.

Just because something is old doesn’t automatically mean it’s no longer valid. We rely on plenty of principles that were developed long ago (like gravity and that Earth isn’t the center of the universe). But sometimes things need to be updated to keep up with the times.

BMI was developed by Lambert Adolphe Jacques Quetelet in the early 1800s to describe the average man. Does this mean today’s medical and health community assumes the average man of the 1800s was the same as the average man of today? With a far less advanced food system, being underweight was a much more common problem than being overweight. To base what’s ideal for people today on what was normal then just doesn’t seem to make much sense.

7. It wasn’t intended to measure fatness.

The first problem with BMI I addressed was that it doesn’t measure body fat. That’s because it wasn’t meant to. Quetelet was a statistician, not a physician. He developed the formula as an easy way to track the weight of the general population to help the government allocate resources (NPR). He didn’t intend it to be used to calculate an individual’s fatness.

So Why do Doctors and All Sorts of Organizations Keep Using the BMI?

BMI is useful for monitoring general weight trends among populations – just like its creator intended.

On an individual basis, it gives a ballpark figure for health screening in a way that’s fast, convenient, and affordable. More precise body composition measuring methods require sophisticated equipment and trained specialists. It’s simply not practical or feasible for doctors to give every patient a full-body scan to determine his or her exact level of fatness. The BMI gives an estimate that can serve as a starting point for assessing an individual’s health in regards to weight. But it’s certainly not the only factor determining overall health, so take your BMI with a grain of salt.

To Get a Better Picture of your Health, Consider these Additional Factors:

Don’t let a number, whether it’s on the scale or on a chart, rule your life. There’s way more to health than your BMI.

If you have concerns about your weight, consult a health professional for a more in-depth analysis. And if a weight-loss routine is called for, we carry a variety of supplements to support your diet and exercise habits.

To learn about different workout routines, whether the latest weight-loss supplements live up to the hype, and about nutrition for a healthy life, subscribe to our blog!

About BMI for Adults – CDC

Why BMI is a Big Fat Scam -Â Mother Jones

Top 10 Reasons Why the BMI is Bogus -Â NPR

How Accurate Is Body Mass Index, or BMI? – WebMD