You are here: Home › Our Blog › What Does Research Say About Turmeric Powder Benefits?
By Theresa Groskopp, CN on March 25, 2018 in Diet, Nutrition Supplements, Skin care 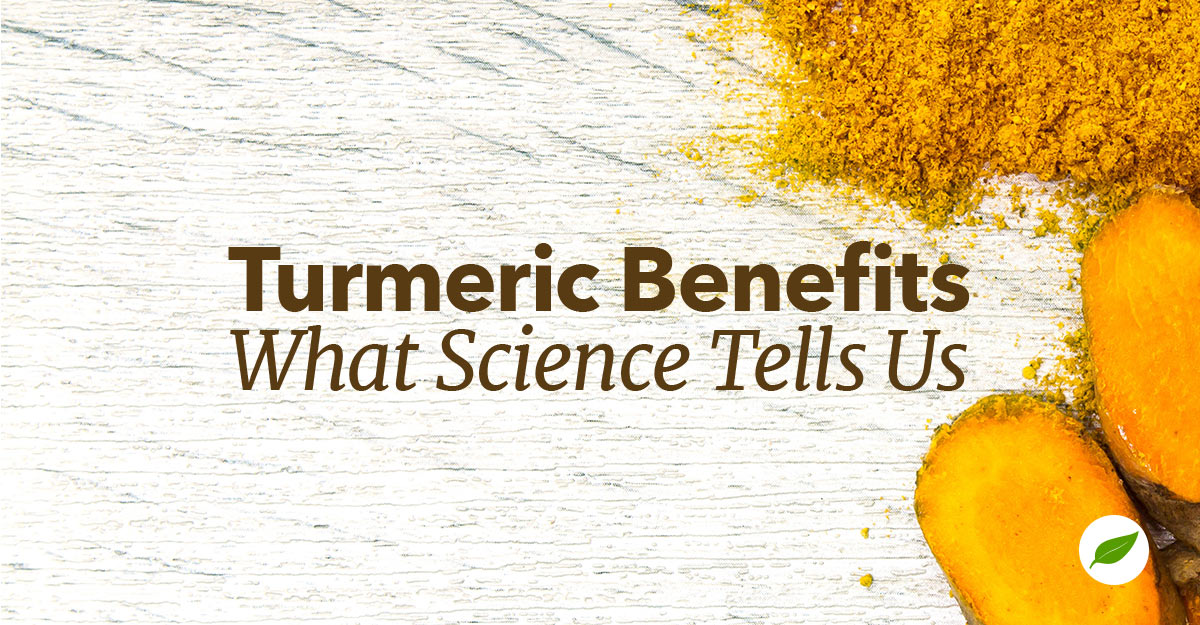 If you follow the medical media (or have more than 100 friends on Facebook), you may have seen some lofty claims about turmeric powder benefits. Youâ€™ve also probably seen people making the complete opposite conclusion, claiming that turmeric has no medical value whatsoever, full stop. Itâ€™s hard to find good information about medicinal foods in the midst of the social media nutrition wars. So letâ€™s take a look at what studies indicate about the real, theorized, and debunked turmeric powder benefits.

What Do the Studies Say?

When people write articles about turmeric, itâ€™s easy to write attention-grabbing headlines that tout its miraculous powers or to call it nothing but snake oil. As is often the case, the reality is not found at either of these polar extremes, but in the nuanced details that can be observed in the middle.

Studies about turmeric powder benefits are often in disagreement. Believe it or not, this is good for turmericâ€™s use as a medicinal plant. It means that more study is needed – that thereâ€™s something in turmeric that is truly worth studying!

Turmeric has been shown to support a healthy internal response to pathogenic challengesÂ and irregular cell growth in test tubes. The problem is that the human body is not a test tube. What works in the lab almost always wonâ€™t work the same way in the body, with its endless complexity of chemicals and metabolic processes. Maybe turmeric (and its most important chemical constituent curcumin) will be more broadly accepted by the modern medical community someday. Whatever the case, weâ€™re not there yet.

Does this mean that turmeric is useless? Absolutely not. Curcumin is understood to provide free radical scavenging antioxidants;Â there is lessÂ  much less debate on this point. Antioxidants help to protect cells in the body from oxidative damage that results from normal metabolism and other factors. It is also believed to support the normal function of red cells in a healthy cardiovascular system.

Other studies suggest that turmeric may also support cognition, digestive function, and joint comfort. As you can see, there is plenty of clinical evidence that supports claims about turmeric and its biological properties that may support the human body. So the people who say itâ€™s useless maybe donâ€™t know the whole story.

Another point in favor of turmeric is that in reasonable doses there have been no widely reported side effects. At the very least, you can incorporate this tasty plant into your diet, in its fresh or powdered form and feel confident that you may not have a negative reaction. Of course, if you notice any changes, such as discomfort, nausea, or a skin reaction, immediately stop using the herb and contact a doctor.

Enjoy Turmeric as a Food

Turmeric is nothing new. It has been a central part of Indian cuisine for thousands of years, just as it has been a pillar of Ayurvedic and Traditional Chinese medicine. Turmeric has also been used to create a traditional dye as the herb has a distinct yellow color that is associated with the sun and is important in some religious ceremonies.

You can easily incorporate turmeric into smoothies, or add it to dishes that are already in your repertoire. However, turmeric shines in the traditional Indian dishes in which it plays a starring role. These recipes are somewhat â€œAmericanizedâ€ but are nonetheless a great place to start when cooking with turmeric powder for the first time. If you want to make food that is more true to authentic Indian cuisine, there are several Youtube channels where cooks take their viewer’s step by step through the preparation of the best dishes. Just search: â€˜authentic turmeric dishesâ€™ and click the one that most appeals to you.

If the taste of turmeric doesnâ€™t fit your preferences, you can find it in several other forms, including capsules that deliver the herb directly to your digestive system for optimal results.

With all of these convenient and delicious ways to consume turmeric, and with so many potential benefits to explore and enjoy, thereâ€™s no reason not to incorporate this powerful medical plant into your life. Turmeric has been a keystone in ancient medicine and food for many good reasons. Through the continued study, expect to see turmeric occupy an increasingly important role in the Westâ€™s diet.

Niacin Side Effects: The Risks and Benefits of Vitamin B3
Are There Any Benefits To Using Myrrh Essential Oil for Acne?