You are here: Home › Our Blog › Turmeric or Curcumin – What’s The Difference, Which Should I Take?
By Theresa Groskopp, CN on August 2, 2013 in Health Tips, Nutrition Supplements 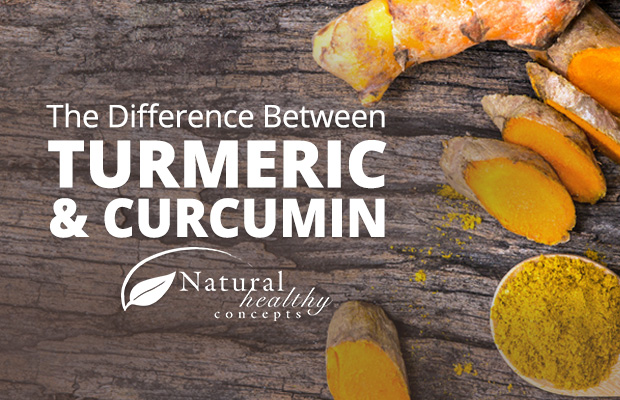 If you’ve been a little confused as to which one is best, you’re not alone. Frankly, it confuses me, too!

You might also be wondering what the difference is between the two and does it matter? The two words are often used interchangeably, but if you listen to the manufacturers, they’ll say they have distinct differences and they’ll all tell you their form is best!

Turmeric is a spice from the root of the curcuma longa plant which is in the ginger family. Â It’s used as a spice, a dye, and as a medicine in many Southeast Asian cultures, especially in Ayurvedic medicine. It can be taken in many forms from capsules and liquids, powders like Organic TurmericÂ  from Banyan Botanicals. It can also be grated directly from the root. It’s often made into teas and kombucha. As a supplement we’re looking at the extract of turmeric rhizome known as ETE or ethanolic extract.

Companies like New Chapter use super critical extraction and use the whole plant to make their Turmeric Force. They don’t isolate the ingredients, but “deliver the wisdom of nature, with the complexity and organic nuances of the natural herb preserved for you.” Hard to argue with that, wouldn’t you agree?

There have been studies Â published in the International Journal of Pharmacology that show that turmeric rhizome (ETE) performs better than curcumin. And natural health gurus like Dr. Andrew Weil, recommend turmeric over curcumin for his patients.

Dr. Weill says, “I frequently recommend turmeric supplements, and I believe whole turmeric is more effective than isolated curcumin for inflammatory disorders, including arthritis, tendinitis, and autoimmune conditions.” You can read his full article in the resources listed below.

Curcumin (also known as curcuminoids or phenolic compounds) is the active ingredient in turmeric. Â The largest issue with curcumin products is its bioavailability. This refers to how much of the substance actually gets absorbed into your blood stream. The two best and most common curcumin formulas are:

Terry Naturally and Life Extension are two companies who believe in and sell products containing the BCM-95Â® form of curcumin. Life Extension’s Super Bio-CurcuminÂ is a good seller, but by far, our best-selling curcumin product is Terry Naturally’s CuraminÂ – it flys off the shelves!

The scientific literature on BCM-95Â® curcumin is staggering. This article from the Wall Street Journal on it’s antidepressant properties and this study in PubMed on its anti-inflammatory impact on rheumatoid arthritis are just two examples. You can find plenty of solid scientific evidence on the health benefits of Â BCM-95Â® curcumin. We’ve had some amazing testimonials from Terry Naturally customers!

What I have discovered in my research is, no matter which formula you use, if you stick with a quality turmeric/curcumin supplement like you’ll find at Natural Healthy Concepts, you can’t go wrong. Â Save your money and skip the drug store and supermarket brands.

And if you still have your doubts about turmeric or curcumin, check out this research from GreenMedInfo.com -Â 500 Reasons Turmeric May Be the Worlds’s Most Important Herb.

I personally think they’re all great, but at home we use Terry Naturally’s Curamin. It all depends on your preferences – and it may take a little research to find the one that’s best for you. Give us a call and no matter which formula you choose, you’re not likely to lose!

If you have a curcumin or turmeric testimonial – please share it!

Too Much or Too Little? Finding a Healthy Stomach Acid Balance
Complete Our Natural Kid’s Smart Start to Win a New Backpack & Kid’s Health Supplements!

54 Responses to Turmeric or Curcumin – What’s The Difference, Which Should I Take?