You are here: Home › Our Blog › Tribulus Terrestris Supplement: Potential Health Benefits and Risks
By Angela Halderson, RD on May 9, 2018 in Nutrition Supplements 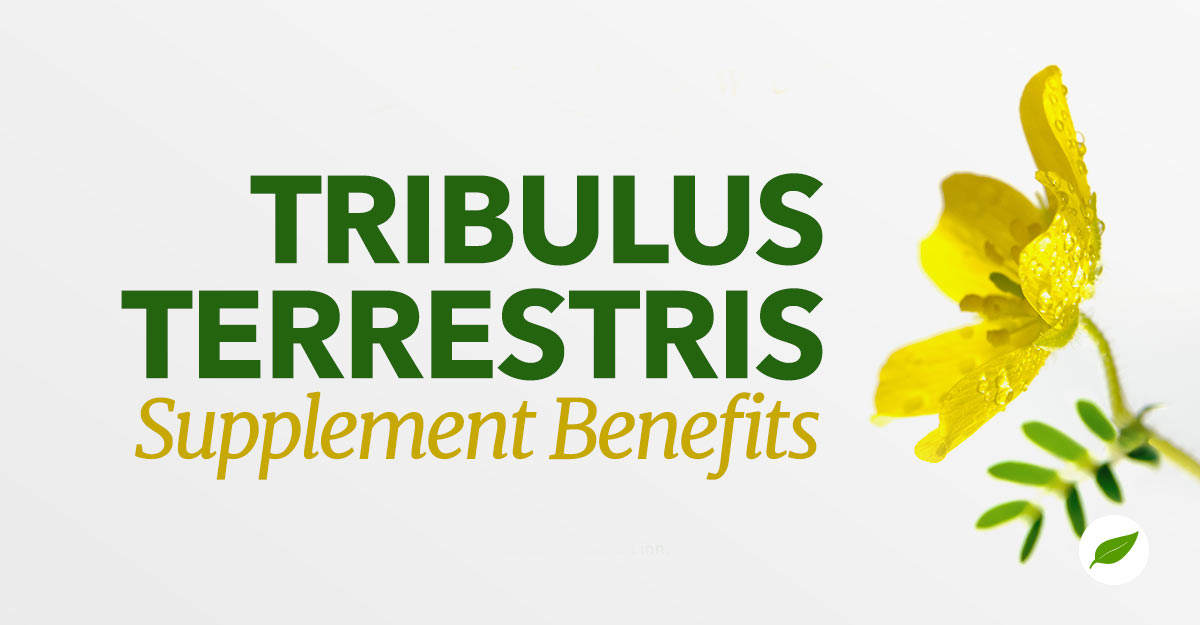 Tribulus terrestris is a plantÂ that is sometimes more commonly known as caltrop or puncturevine. It grows in Europe, northward towards France and east towards Japan. The leaves and shoots can be cooked and the seeds can be ground into powder and made into bread (even though it is edible, many may find they do not prefer the taste).

Tribulus terrestris is also available as a supplement and may help toÂ maintain blood pressure already in the normal range, healthy circulation, and sexual health.

One study gave 3 mg of Tribulus to 75 people. The study observed a decrease insystolic and diastolic blood pressure after one week and continued through the end of the study. There were no observed side effects that had a negative affect on individual health. The study also found that the herb had a diuretic effect and helped to increase daily urine output increased by about 200 ml, compared to an increase of 12 ml in the group taking the placebo.

Tribulus terrestris has been shownÂ to have hyperglycemic andhyperlipidemic properties. When 98 women with diabetes were given either Tribulus terrestris or a placebo, researchers found that those who took Tribulus terrestris experienced a lowering of their blood glucose. Their total cholesterol and low-density lipoprotein were also reduced in comparison to the placebo group.

One study examined the effect of Tribulus terrestris supplementation on â€œstrength, fat free mass, and the urinary T/E ratioâ€ during 5 weeks of preseason training for a group of 22 elite Australian rugby players. The T/E ratio refers to the urinary testosterone/epitestosterone ratio, which concerns athletes, as an altered ratio may â€œplace athletes at risk of a positive drug test.â€ While the participants in the study all made significant gains in strength and fat-free mass, there was no statistical difference between the participants in the study who took the placebo and those who took the Tribulus terrestris supplement. However, the study also found that the Tribulus terrestris supplement did not affect the T/E ratio, and so an athlete taking the supplement would not be at risk of a positive drug test (based on the World Anti-Doping Agencyâ€™s guidelines).

Risks of Dehydration? No More After These 5 Tips
Why Do People Drink Schisandra Tea?