You are here: Home › Our Blog › How to Determine a Proper Tribulus Terrestris Dosage
By Angela Halderson, RD on May 8, 2018 in Nutrition Supplements 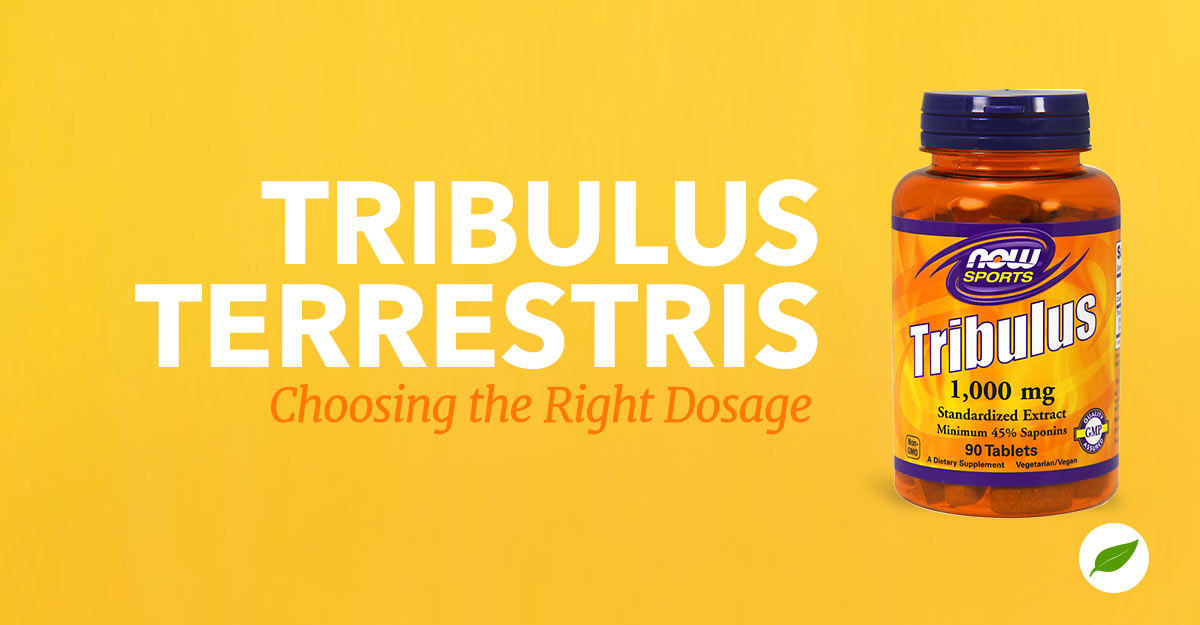 Tribulus TerrestrisÂ (TT) is a plant with something of a bifurcated reputation. To citizens and farmers throughout the United States, TT is known as a noxious weed, threatening crops and taking over landscapes where little else will grow.

Tribulus Terrestris is also known for the sharp spikes that grow from the fruits. Every TT flower is followed by fruiting bodies, always growing five in number, and each topped with two sharp spikes. These thorns so resemble horns that TT is colloquially known by names such as goat head, devilâ€™s eyelashes, and puncture vine.

So sharp and strong are these thorns that theyâ€™ve been known to pop car tires on the road or lawnmower tires while trimming the yard. In Africa, theyâ€™ve even been discovered incorporated into tribal weapons.

On the other hand, Tribulus Terrestris is also noted as a source of potentially beneficial medicinal properties. If you look past Tribulus Terrestrisâ€™s thorny exterior, there may be much to learn. But then thereâ€™s the question of just how to determine the proper Tribulus terrestris dosage.

When we explore traditional and medical literature about the ways Tribulus terrestris may be used for various bodily ills, we see that wildly different doses seem to accomplish different results. This means that someone seeking an effect thatâ€™s typically only achieved at a high dose might also experience side effects, which themselves could be sought at lower doses. Nonetheless, because most of the potential benefits of Tribulus terrestris at any dosage would generally be regarded as positive.

Here are some examples (all examples reference the meta-study linked above):

If you want to try out TT for yourself, do some research and clearly understand what you are trying to achieve. Choose a reliable supplier, and consider working with a physician in the attempt to identify a Tribulus terrestris dosage that works best for you. With so many possibilities, your experience could turn out to be a good one.

Ancient Ally: Ashwagandha
Risks of Dehydration? No More After These 5 Tips