You are here: Home › Our Blog › Do Tribulus Terrestris Benefits Include Testosterone Support?
By Angela Halderson, RD on May 6, 2018 in Nutrition Supplements 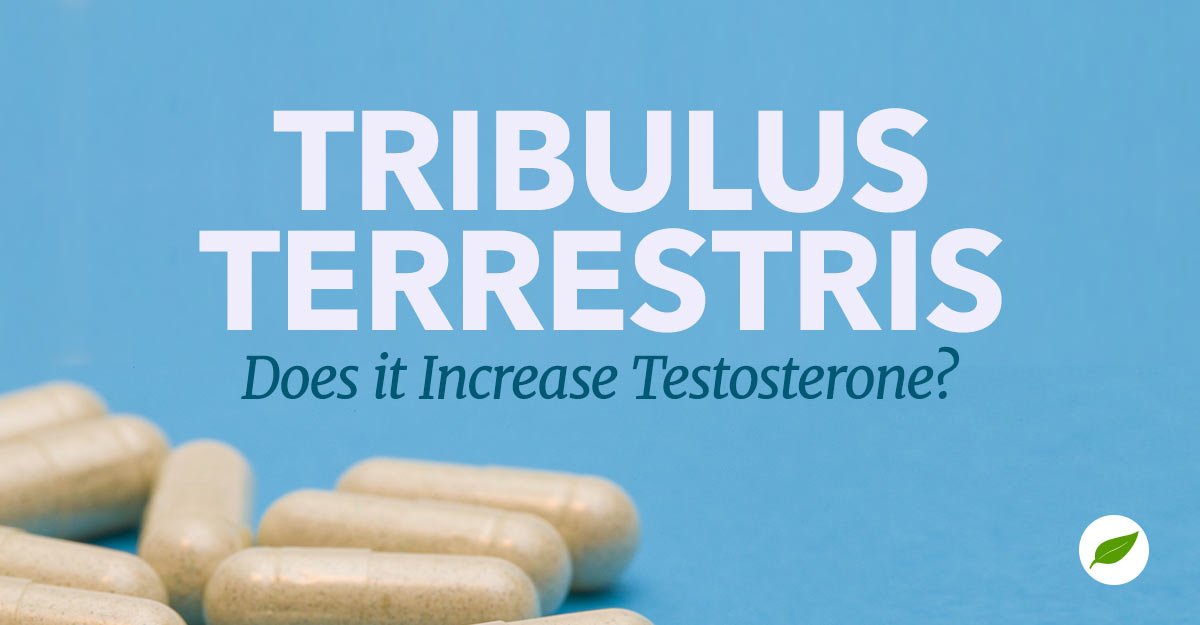 Tribulus terrestris (TT) is, depending on who youâ€™re talking to, either a noxious weed (according to nine states), a nuisance that can pop car tires (due to its sharp spikes), or a godsent herbal aid helping to keep our muscles healthy and our private lives passionate.

In reality, it may be a little of all three. For most people living in its native growing environments in the Americas, potential Tribulus terrestris benefits are perhaps overshadowed by the fact that this aggressively thorny plant will grow just about anywhere, especially in poor soil.

In agricultural states with large open spaces and plenty of sun, Tribulus terrestris has been known to overtake fields, with its perennial roots resisting all but the most ardent attempts to exterminate it. In regions with larger populations of TT, everybody has a story of stepping on a spine (as hard and sharp as a thumbtack – just bigger) or losing a car tire to a thorn blown across the highway.

For people with this relationship to Tribulus terrestris, there is probably little to no awareness that, with the right knowledge and preparation, Tribulus terrestris can be one of our best friends. Potential Tribulus terrestris benefits are many, but most people seek out this supplement for its effect on body hormone production, and its implications for strength and sexual performance.

What Are the Potential Tribulus Terrestris Benefits?

TT has been tested for potential benefits in numerous illnesses and ailments. However, most of these tests have not been performed on humans, but lab animals like rats and rabbits. While humans do share certain characteristics with our furry friends, finding benefits in these animals is a far cry from creating a medication thatâ€™s optimized for positive effects in humans. However, the results that have been found in these trials indicate that if such research were performed on human subjects, it may be possible that researchers would find positive results.

Youâ€™re welcome to do your own research in this regard and make your own decisions about what results you might be achieved. However, when it comes to TTâ€™s relationship with sex hormone production, and its influence on general health and strength, our understanding is somewhat more established.

Without putting too fine a point on it, TT seems to be associated with a potential increase in hormones in both men and women, compared to the rate of natural decline observed in persons of both sexes as they increase in age.

If this potential effect is real, this could have important implications for libido, strength, recovery after hard work, and perhaps even positive implications for immune response. Again, refer to the link at the beginning of this section to see all of the possible benefits this herb extract could have if human trials were to replicate the results of certain animal trials.

In regular practice, TT is taken by people who exercise a great deal, with the idea that the hormonal effect could have positive implications for the results they are seeking through physical fitness. Others simply take it for the potential benefits for people who would like to be parents, or who are looking for a way to make the act of becoming parents a little more fun.

Hard data continues to be scant on the exact results of TT about these issues, but anecdotal reports glow about the supposed results of this supplement, especially in tandem with other herbs and drugs known to act toward the realization of goals such as these.

If you think Tribulus terrestris might be for you, buy it from a trusted source like Natural Healthy Concepts and take as directed. Consider keeping a journal about the way you feel and the effects you seem to observe as you take the supplement. We hope it does for you exactly what youâ€™re looking for!