Sure, the world didn’t end today, but I’m guessing there are a lot of people that wish it would’ve- hoping that we would be without some of the annoying and useless things in our culture. So, we’ve pooled together the list of things we would be pleased to see obliterated if it turned out the Mayans were right. 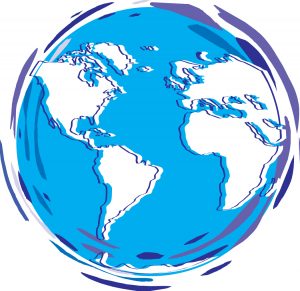 Along with the annoying robo-calls from celebrities like “Clint Eastwood,” the bickering and bashing on debates and TV commercials, the annoying lawn signs, and the arguments it causes between Facebook friends, presidential campaigns make it an unbearable time of the year for every American.Â  Although it only happens every 4 years, it’s certainly one thing that would’ve been nice to see obliterated.

2. Nutritious Food that Tastes Awful – For most people, there is probably more than one food that you cannot stand- and for most of us, that’s probably nutritious and healthy food. I’ll be the first to admit that I hate a lot of healthy food and vegetable because my parents forced me to eat them as a kid. Thanks mom and dad-Â  now because of a food phobia, I am missing out on essential nutrients and vitamins.Â  Did you know some of the most hated foods in America include liver, brussel sprouts, broccoli, and beets–all of which contain many healthy nutrients, vitamins, and more. Eliminate the bad taste, and we will all be better off!

3. The Chicago Bears and the Minnesota Vikings -Â Â Need we say more?

4. Bad Reality Television – Is there such thing as good reality television? –Well maybe, but most of it isn’t. Reality shows like Here Comes Honey Boo-Boo, Jersey Shore, and Keeping Up with the Kardashians have made most us hate reality TV even more.Â  Are TV networks that pressed to make reality TV? If they are, could they come up with some better shows? Sadly, I’m sure we won’t see the end of it, unless the world ends today.

5. “Gagnam Style” & “Call me Maybe” – We’ve labeled these as the most annoying and overplayed songs of 2012–I’m sure everyone else can agree. It just seemed like these songs got stuck in your head everywhere you turned. “Gagnam Style” is about to hit 1 billion views on YouTube – and “Call me Maybe” is close to it. I have no idea what Gagnma Style means, and Carly Rae Jespen can’t make up her mind if she wants the boy to call her or not…maybe.Â  If they never played again, most people probably wouldn’t be too upset.

6. Annoying Friends on Facebook and TwitterÂ  – I would classify most of my annoying friends on Facebook and Twitter as “Bears Fans,” but it doesn’t end at football. Everyone has those friends that constantly crowd your newsfeed with their political views, pet pictures, daily problems, and more. Have you ever seen the list of the “16 Types of Facebook Friends“? You’ll laugh at how much they hit most of these on the button; you might fall under some too

7. Live Tweeting– Seriously, do I really need to be bombarded with 140 character updates from a conference or live concert or sporting occasion. I can’t get the full picture on anything and can’t follow anything I may be genuinely interested in for the inane blow-by-blow updates flooding my feed.

8. Fiscal Cliff- Ah, the fiscal cliff, how I will miss you not. A wonderfully man-made political crisis that should not have been. And a solution, if one should arrive in time, will make way just in time for Debt Ceiling Crisis II, the sequel. No, I would not miss this political farce one little bit â€“ and I don’t imagine the 99% or 1 % would either!

9. #YOLOÂ  – “You Only Live Once.”Â  Inspired by the rap song, “The Motto,” YOLO became a saying amongst teens and adults that spread like wildfire throughout the US. To quote Time Magazine ” YOLO isÂ rarely used properly, it sounds like â€œyoyo,â€ itâ€™sÂ unbearably annoyingÂ andÂ we have to hearÂ adults with real jobsÂ say it. And lest we forget, itÂ may have actually killed someone. So we wouldnâ€™t be surprised ifÂ it hastens the end of the world as we know it.”

10. Lindsay Lohan, the Kardashians, and everyone else that belongs in this group– Lindsay Lohan’s legal worries and odd relationship with Charlie Sheen and the Kardashians domination of celebrity news are confounding. What is it the Kardashians actually do? And Lohan just seems to be on a never-ending loop of court appearances followed by yet another run in with the legal authorities.Â  Celebrity stores like these, we will definitely not miss!

Â 11. All this talk about the â€œEnd of the Worldâ€ and the Apocalypse! – Enough Said!