You are here: Home › Our Blog › Tips for Managing Your Prostate Health
By Theresa Groskopp, CN on May 6, 2013 in Health Challenges, Health News 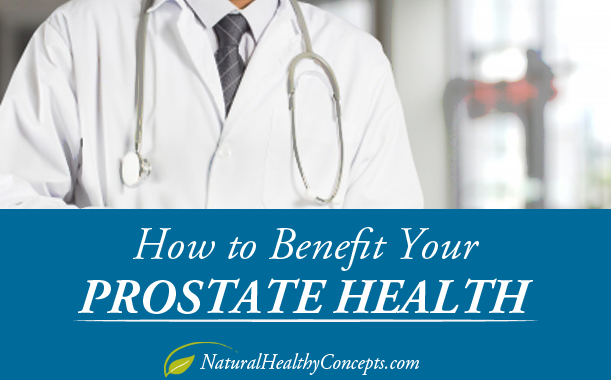 In news that will be greeted with a nod of quiet relief by many men across the land, the the American Urological Association (AUA) has raised the age for the start of prostate cancer screening to men aged 55 to 69.

Routine screening is no longer recommended for men 40 to 54 years old at average risk of getting prostate cancer.

The association had strongly defended screening younger men even after a government advisory committee, the United States Preventive Services Task Force, suggested in 2011 that healthy men should not be screened as more men would be harmed by unnecessary prostate cancer treatments than would be saved from death.

The new guidelines suggest screening might benefit men aged 55 to 69, as they have a greater risk of cancer, but even here testing does not have to be mandatory. Rather, the AUA suggest men should discuss the benefits and harms with their doctors. And if they opt for screening, every two years is enough.

I am sure many men, myself included, may be sort of relieved about delaying what can be a pretty intrusive procedure.

I don’t mean to diminish prostate cancer as a disease. I can only imagine how scary it will be for the 240,000 American men the American Cancer Society suggests will sit down with their doctors this year to be told they have prostate cancer. And 30,000 fathers, brothers, grandfathers and other close family members will die from this awful condition in 2013.

Yet, I still feel somewhat relieved that the day I face this procedure has been delayed.

The Walnut-Sized Gland that Can Keep on Growing

So, what is this organ that gets such attention? Technically, this walnut-sized gland is part of a man’s sex organs. It surrounds the urethra, a tube that takes urine from the bladder to the penis and carries semen during ejaculation.

This odd little gland grows quite a bit during puberty, stops, and then for some reason decides to grow again when we hit 40. It’s not clear at all why this resurgence happens, but hormonal changes often get the blame. Anyway, for some unfortunate men, when it starts to grow again, there does not seem to be an off switch.

So while, half of us are not bothered at all by this renewed growth, the rest will develop one of three conditions: enlarged prostate, prostate cancer, or prostatitis (inflammation). A really unlucky few may develop more than one of these conditions at the same time.

Let’s have a quick look at them:

This, I fear, might explain why my grandfather spent so long in the bathroom making all sorts of noises during his visits from the city to our small coastal village. I can now imagine his struggle: His bladder muscle thickened, as he was forced to squeeze harder to push urine through a partially obstructed prostate gland. This thickening left less room to store urine, to go along with the reduced ability to expel urine. The poor man needed to use our bathroom more often and probably experienced a weak urinary stream, sudden urges to urinate, straining to get urine to pass, and he probably urinated more than once during the night.

The risk of sharing this fate increases by about 4% percent a year after men hit 55. By age 60, half of all men will suffer from BPH. That number jumps to 95 percent by age 85.

And then, there is the dreaded: prostate cancer, which comes in four stages:

According to the Mayo Clinic: Most prostate cancer grows slowly and initially stays within the prostate gland, but it can spread to local lymph nodes, bones or more distant areas. Some rare types of prostate cancer are more aggressive and can spread more quickly.”

Second only to skin cancer in men, prostate cancer will affect one in six of us in our lifetime, but only one in 35 will die from it, so it need not be all doom and gloom.

A 2012 Harvard School of Public Health (HSPH) study suggested that men diagnosed with prostate cancer are more likely to be killed by such largely preventable conditions as heart disease than they ever are from the cancer.It also said healthy lifestyle changes should play a critical role in prostate cancer management.

We hope this study will encourage physicians to use a prostate cancer diagnosis as a teachable moment to encourage a healthier lifestyle, which could improve the overall health of men with prostate cancer, increasing both the duration and quality of their life.

To Treat or to Manage

Management of prostate cancer is becoming increasingly important because America and the western world in general now finds itself in the odd position more men are being diagnosed with prostate cancer but fewer are dying from it.

Our study shows that lifestyle changes such as losing weight, increasing physical activity, and quitting smoking, may indeed have a greater impact on patients’ survival than the treatment they receive for their prostate cancer.

Basically, your cancer treatment options come down to radiation, surgery, or watching and waiting:

I’m sure most of us would just want the cancer out as soon as we are diagnosed, but that may not be the best option or the one suggested by your doctor.
Prostate cancer can grow slowly, so men with small, symptom-free tumors can have their condition managed, using periodic checkups, PSA tests and ultrasounds. A course of treatment can be undertaken down the road when and if, needed.

This management versus treatment discussion is one you should also have with your doctor if you have an enlarged prostate.

Typically, if you have an enlarged prostate but are not bothered by it, and the level of urine left in your bladder after you use the bathroom is OK, treatment may not be necessary.
However, if it does trouble you, you have some treatment options.

For most that means medication.Â The medicines prescribed at this stage are usually alpha-blockers, which help relax the muscles around the urethra, or 5-alpha reductase inhibitors, which restrict testosterone and cause the prostate to shrink. The one, or mix, you will be given depends on your situation.

For around 75% of men, medications may do the job, at least initially. There are side effects, however, in around 5-8% of these men from the medication.

If medication is not suitable, you may be advised to undergo some minimally invasive procedures or surgical procedures to alleviate any obstruction.

If you want to be a little more proactive about your prostate health there are a fair few positive steps you can take.

A natural thickening agent found in apples, pears and plums, pectin may reduce metastasis of some cancers and tumors.

Pomegranate, meanwhile, is known to have powerful anti-inflammatory and antioxidant properties that may inhibit cell growth in aggressive prostate cancer.

There are several other natural steps that you can take that may benefit your prostate health.

And finally, I promise, but we have bills to pay here. So, I will just list some of our best-selling prostate supports, which include many of the natural ingredients mentioned above.Â They are all available with free domestic shipping within the US.

2 Responses to Tips for Managing Your Prostate Health