You are here: Home › Our Blog › Thermogenics: Then and Now
By Leslie Benson on May 5, 2017 in Diet, Fitness & Exercise, Nutrition Supplements 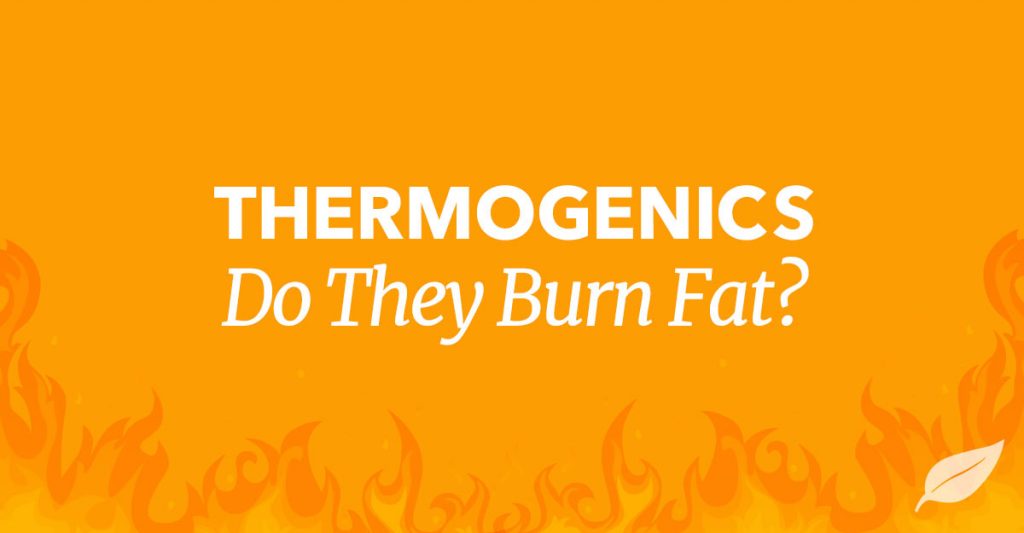 Thermogenics is no longer a “naughty” word. In just over two decades, many natural health advocates haveÂ gone from fearing to accepting these types of weight management supplements. But you’ll have to decide for yourself!

Read the current research and decide whether thermogenics are right for you.

With more than one-third (36.5%) of the adult U.S. population diagnosed with obesity, leading to a high risk of heart disease, stroke, type 2 diabetes, according to the Centers for Disease Control and Prevention (CDC), many drug companies startedÂ manufacturing thermogenics with hopes of cashing in on the obesity epidemic. The natural health market also responded with its version of thermogenic weight management supplements.

The main focus of thermogenics is to replicate the process that occurs when the body generates heat from physical activity, which mayÂ trigger the body to burn calories to use as energy.

Once the market became flooded with quick-fix pills and powders claiming to promote lipolysis (the process of breaking down fat into energy), kick-start metabolism, stimulate the nervous system, and trick the body into burning fat, people began asking questions. Were thermogenics safe? In the early days of research, the answer to that question was unclear, and it all boiled down to the ingredients.

Why Thermogenics Got a Bad Rap

In the mid-1990s, thermogenics received a lot of negative attention when many users reported adverse health effects caused by products that included ephedrine in the form of the ephedra herb (also known as ma huang). The products were labeled for weight loss, energy, performance enhancement and bodybuilding.

During that time, the CDC received over 500 reportsÂ of incidents in Texas alone regarding adverse health effects of ephedrine-containing products. Ephedrine was associated with heart attacks, strokes, seizures, coma and death.

In December 2003, after extensive research was done involving more than 16,000 similar adverse reports from across the nation, the U.S. Food and Drug Administration banned the sale of products containing ephedrine alkaloids.

What the Data Says Now

In response to the ban, manufacturers replaced ephedrine with structurally similar compounds, such as synephrine (found in citrus aurantium, also known as bitter orange). Synephrine is believed to be more tolerable and may promote lipolysis. Another compound, hordenine, has been used in more recent thermogenics for a similar effect, but conclusive data is lacking.

A 2008 study published in the Journal of the International Society of Sports Nutrition focused on thermogenic nutritional supplementation before, during and after exercise. (It is important to note that the study was conducted on healthy, young adult males; therefore, the results may not translate to obese individuals.)

The study found that when phenylethylamine, caffeine (typically in the form of guarana, kola nut, or yerba mate), and hordenine are combined in supplement form and paired with a regimen of physical activity, they may have aÂ synergisticÂ effect inÂ supporting weight management and metabolic function.

According to the University of Maryland Medical Center, otherÂ clinical studies suggest that natural ingredients like green tea extract may support metabolism and help burn fat. For instance, one study found that a blend of both green tea and caffeine may support weight management for people who are overweight or moderately obese.

However, there is concern that combination products may cause significant increases in heart rate and blood pressure, which could have a negative effect on the health of obese populations or individuals with sensitive heart conditions.Â Also, some studies show no benefit at all.

So areÂ thermogenics too good to be true?

ResearchÂ seems to suggest that some combinations of herbal ingredients in thermogenics may temporarilyÂ speed up the heart, increase blood pressure and contract muscles in healthy adults. However, dietary supplements do not have the same effect on everyone, nor does the FDA review or approve supplements for efficacy or safety. So, itâ€™s up to the individual to see if it works for them. (Always check with your doctor before taking dietaryÂ supplements!)

Thermogenic supplements often include a variety of stimulants, such as caffeine, which triggers the sympathetic nervous system (SNS) activity. Once the SNS is stimulated, norepinephrine (a stress hormone and neurotransmitter that sends signals between nerve cells) circulates throughout the body, activating adrenergic receptors, which help to contract or relax musclesâ€“similar to the effects of physical activity but not meant to replace regular exercise.

Other common ingredients in thermogenics include garcinia cambogia (containing hydroxycitric acid, or HCA, which may slow the body from turning carbs into fat), citrus aurantium (which may speed up your heart rate or raise your blood pressure), and green tea extract (which may promote fat oxidation and metabolism).

The 2008 study in the Journal of the International Society of Sports Nutrition reported: â€œA mixed herbal product containing caffeine, green tea extract, garcinia cambogia and niacin [which helps the body convert food into energy] induced a significant increase in energy expenditure without a simultaneous increase in hemodynamic safety variables in a young, fit population.â€

The study also concluded that when taken on their own, these herbal ingredients do not have the same potential effect on weight management and metabolic function.

A 2010 study examined the long-term consumption of green tea for the potential health benefits of its most abundant polyphenol compound, known as epigallocatechin-3-gallate (EGCG). Due to its antioxidant properties, green tea was found to be effective in helping support the immune system and protecting the body against oxidative stress. In addition, green tea promoted glucose metabolism in healthy men. Data also indicated that the consumption of green tea extracts may help manage body weight, mainly body fat, by promoting thermogenesis and fat oxidation. However, more research is needed with a greater sample size, a broader age range of age, and a more diverse body mass index to determine the optimal dose.

OtherÂ researchers suggest that garcinia extract (as HCA) may support weight management in a number of ways, including releasing serotonin in the brain for appetite suppression and slowing carbohydrate metabolism. A 2011 study examined the use of HCA in supplement form and found that it supported short-term weight loss. However, the results ofÂ this study were very small, translating to about 1% in body weight loss, but more clinical research is needed.

A 2014 study examined several over-the-counter supplements sold as thermogenic products for weight loss and energy. ItÂ found that thermogenic supplements may stimulate metabolism in the short-term, but levels appear to return to normal after 6 hours of consumption. Also, the effect seems to be similar to metabolic stimulation by the consumption of food products containing equivocal amounts of caffeine, other stimulants and/or polyphenols.

As for specific ingredients, the study determined that caffeine stimulates the central nervous system and supports small amounts of metabolism in healthy human beings. When used in combination with green tea extract, it may also promote metabolic rate. However, when used alone, green tea polyphenols don’t appear to effect resting energy expenditure, although they may still support fat metabolism in some populations.

Another common ingredient in thermogenic products is capsaicinoid/capsinoid, which is found in chili pepper and cayenne. Available data suggests that it may have a positive effect on resting energy expenditure. It is important to note, however, that major biological differences between demographics in test subjects may contribute to mixed results across various studies.

Learn more about natural plant-based weight loss supplements and their ingredients in this infographic. 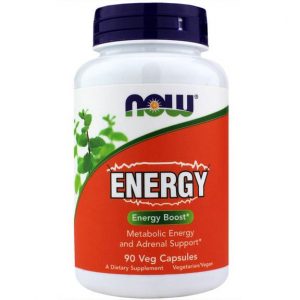 Long after the ephedra scare, natural health companies released weight loss and energy support supplements such as Energy Metabolic Energy & Adrenal Support from NOW Foods that deliver ingredients such as guarana and yerba mate to provide a natural source of caffeine for metabolic energy and adrenal support. Guarana contains high caffeine content that may promote lipid metabolism. Yerba mate may help you get more energy from the food you eat, thereby contributing to burning fat cells. 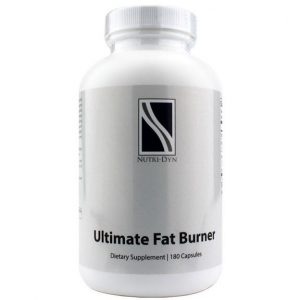 Other supplements like Ultimate Fat Burner from Nutri-Dyn support weight management with four key ingredients, including garcinia cambogia, African mango seed, which may support the slower absorption of carbohydrates, raspberry ketone and green coffee bean, which both support a healthy metabolism. 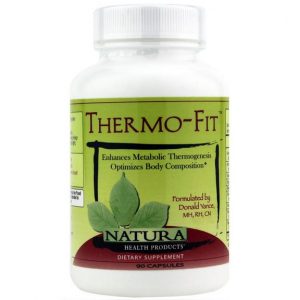 In addition, Thermo-Fit from Natura Health Products is a natural supplement formulated to support metabolic thermogenesis and promote optimal health. 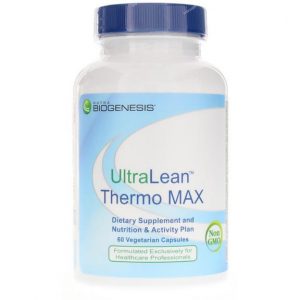 Although certain thermogenic formulas derived from a blend of synergistic herbal compounds may help support temporary weight management in the short-term, an active lifestyle of regular exercise and good nutrition is essential for good health in the long run.

You are much more likely to succeed at managing your weight if youâ€™re willing to commit to a consistent workout regimen of cardio and strength-training, in addition to cutting back calories and reducing portion sizes. The real key is to eat smarter, support good nutrition, and exercise more.

In addition, support your healthy diet and workout routine with these thermogenics and weight management support supplements from Natural Healthy Concepts. They may make a difference to your health!

Whatâ€™s your weight loss success story? Subscribe to our blog and reply in the comments below!

Natural Sunscreen Alternatives to Protect Your Skin this Summer
Which BCAA Supplement is Best for You?

One Response to Thermogenics: Then and Now