You are here: Home › Our Blog › The Good & Bad of Caffeine Consumption
By Theresa Groskopp, CN on March 23, 2015 in Health News, Health Tips 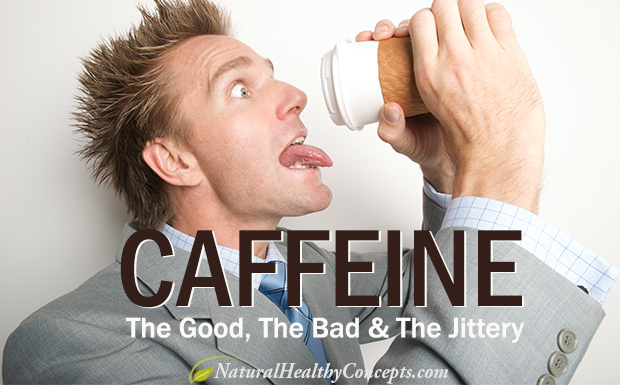 That magical substance in your morning coffee, your afternoon espresso, and your evening cup of tea. It’s available in energy drinks like Red Bull, Monster, and 5-Hour Energy, chewing gum brands such as Jolt and Java Gum, cola and non-cola soft drinks, including some root beer brands, green coffee bean and weight loss supplements, and is available in bottled water brands like Â Water Joe, Avitae, and Element. Caffeine is hidden in foods like chocolate and Â ice cream, and is in breath fresheners and pain relievers. 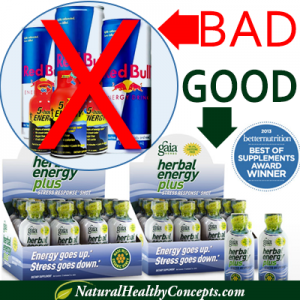 Caffeine is seemingly everywhere, and it has 54% of Americans wrapped around its little finger on a daily basis. In fact, “the United States is number one in highest amount of caffeine consumption with approximately 971 tons a year” (Source). That’sÂ a lot of caffeine, and whileÂ consumption amounts vary on an individual basis, it still begs the following questionâ€”is caffeine good for your overall health?

With as much as 90% of people in the world consuming at least one meal or beverage with caffeine in it every day,” (Source) it’s important to look at recent research on overall caffeine consumption.

An early 2014 study conducted by the Centers for Disease Control and Prevention (CDC)Â and published byÂ The American Academy of Pediatrics found the following:

While this specific study simply shows a decline in soda consumption, it doesn’t do much to show us whether caffeine is healthy or not. As with any stimulant, caffeine may cause undesirable side effects, such as difficulty sleeping. However, it may also help improve focus, too. Results vary based on the individual, but let’s take a look at some advantages and disadvantages of regular consumption.

It may be true that caffeine is the most widely used drug on the planet, but some studies have shown possible benefits of daily consumption. 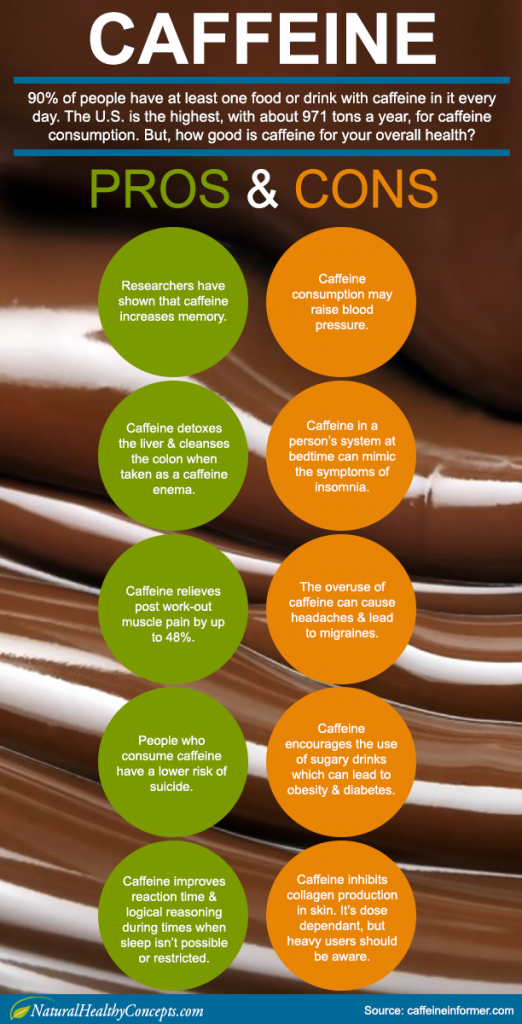 While there have been studies showing possible benefits to caffeine consumption, there are also studies that show the possibility of the substance having harmful effects on overall health.

As with anything, moderation is an important key in caffeine consumption. If you’re curious about how much caffeine is in items like coffee, chocolate, or green tea, Brown University Health Services offers the following chart: 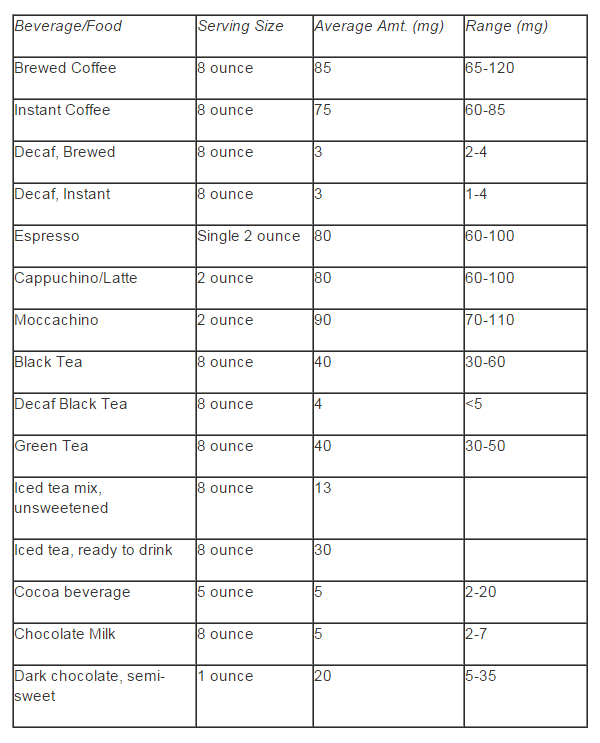 Remember, the only person (aside from your healthcare practitioner, perhaps) whoÂ knows if you’re consuming too much caffeine isÂ you. The FDA has stated that “up to 400mg per day is not associated with negative health impacts,” (Source) and while there always seems to be a bit of back-and-forth over whether or not caffeine isÂ truly addictive, there’s never any harm in cutting back, especially if you feel like you need to. (If you’re thinking about quitting caffeine altogether, take a look at some great herbal teas that may be able to help.)

Tips for a Caffeine Cut-Back

ThereÂ may be no needÂ to go cold turkey and quit caffeine (unless you want to, of course), and there are ways to cut back your current consumption that may support your overall health in the long run.

While the positives and negatives of caffeine consumption will always be debated, whether or not you use it is entirely up to you.

What are your thoughts on how caffeine may affect your health?Â We’d love to hear your thoughts. Please leave us a comment below!