You are here: Home › Our Blog › Thanksgiving with Diabetes – 7 Healthy Ways to Handle the Holiday
By Theresa Groskopp, CN on November 17, 2014 in Health Challenges, Health Tips 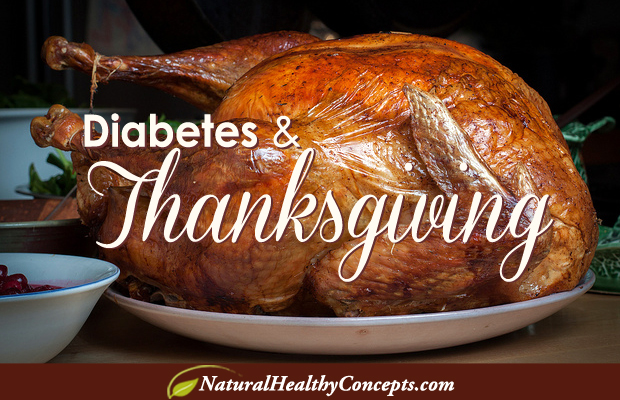 This time of year, we all gather with friends and family to celebrate the holidays, and pack on the pounds before we make a New Year’s resolution to lose weight.

But for diabetics, extra weight gain isn’t the only issue. We also have to think about managing our blood sugar levels during a season that’s full of sugary treats and carbohydrate-loaded foods.

It all starts with the traditional Thanksgiving dinner. You should be able to enjoy the day without stressing out about your diabetes. With these seven simple tips, you can get through the Thanksgiving tradition while keeping everything under control.

It’s still the most important meal of the day – even on Thanksgiving.

Eating breakfast can help you feel more satisfied throughout the day. Choose some breakfast foods that are high in protein and find some fiber too. A little breakfast bacon, some fresh apple slices, and a bowl of oatmeal could boost your self control later on.

In the past, I used to skip breakfast and make sure I was extra hungry so there was plenty of room in my belly for the big feast.

That may be a good idea if you plan on really pigging out. But if you are trying to stay healthy, it will be easier to resist temptations if you start your day off with a healthy breakfast. 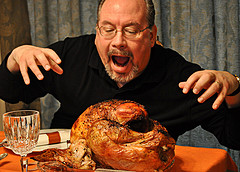 Developing a strategy and setting some ground rules for yourself can make it easier to manage your blood sugar over Thanksgiving.

On the other hand, if you approach Thanksgiving with an attitude like “Who cares, I’m going to eat whatever I want,” things are definitely going to get out of control.

You may want to tell yourself ahead of time that you are not going back for seconds. If that goes against your Thanksgiving eating tradition, consider only choosing low-carb and low-calorie items for the second round. The good news is that turkey – the star of the meal – is a lean protein that will have little impact on your blood glucose.

DiabeticEducators.org created a pie chart (no pun intended) of a typical Thanksgiving plate. They suggest dishing up with half non-starchy veggies (fresh if possible). A quarter of your plate should be protein and the last quarter is reserved for starchy foods that are high in carbohydrates like potatoes, stuffing and bread.

Speaking of carbs. There are a lot of them at the typical Thanksgiving get-together. The old adage “Don’t fill up on bread,” is a good one to keep in mind.

This goes back to your Thanksgiving game plan. If warm, flaky crescent rolls are your downfall, plan to have just one with your meal. Don’t sneak them before you eat. If there are crackers, bread and other food items being served as hors d’oeuvres before the big meal – Resist!

Look for some fresh vegetables and dip if you’re going to snack a little bit beforehand.

I know it’s not easy. Garlic bubble bread is one of my favorite Thanksgiving sides. Just think of it this way…you can eat bread and crackers any time. But some of those other Thanksgiving specialties are only served once a year.

Thanksgiving feasts are great. But perhaps this meal could use a bit of a makeover. Maybe it could stand to have more fresh food in the mix.

Not only are there lots of carbohydrates, there are also plenty of savory gravies and heavy creams involved. But it doesn’t have to be this way. A fresher Thanksgiving meal could be a much better one.

Last holiday season, actress Zooey Deschanel admitted to Jimmy Kimmel that she’s not a big fan of Thanksgiving food – partly because of its lack of color. Here’s her explanation… 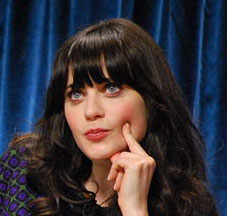 “Most of it’s beige or gray, which I don’t find appetizing

Zooey has a point. Fresh fruits and vegetables are full of phytonutrients, and each color of food provides specific health benefits. You can learn more from our infographic on the 5 Colors of Phytonutrients You Should Eat Every Day.

If you’re part of a potluck Thanksgiving, help to make the meal fresher by bringing a garden salad, a fruit salad, or some steamed or roasted green beans instead of the typical green bean casserole.

One of the most colorful things on the table is the bright, red cranberry sauce. Unfortunately, if your cranberry sauce comes from a can, it’s most likely also loaded with refined sugar. If you’re in charge of the meal or bringing a side dish, think about using slightly-sweetened fresh cranberries instead. You could even use one of the healthier sweeteners offered at Natural Healthy Concepts.

Besides the food, there’s also plenty to drink around Thanksgiving – especially wine.

As a diabetic, I’ve definitely noticed that drinking wine can cause my blood sugar to have a major spike. If you’re going to have a glass of wine or two over the holiday, you may want to cut the carbs and calories by making in into a wine spritzer.

Just add some seltzer or sparkling water to your wine glass. You’ll still be able to enjoy yourself in moderation, but you’ll be doing your body a favor.

Mashed potatoes easily make the short-list for traditional Thanksgiving side dishes. But diabetics beware! This food will have a major impact on your glucose levels.

Believe it or not, white potatoes rank higher than table sugar on the Glycemic Index (GI). That’s because potatoes are quickly broken down into sugars that are absorbed into your bloodstream.

If you have a choice, sweet potatoes may be a better option. They have a GI score of 70 compared to 111 for russet potatoes. Sweet potatoes have a lower Glycemic Load as well. Of course, we say “may” because many Thanksgiving sweet potato dishes are flavored with brown sugar and topped with marshmallows.

For people with diabetes – moderation is a smart idea for potatoes as well as alcohol. 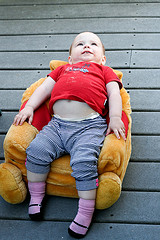 There’s another type of potato that can impact your blood sugar on Thanksgiving. That would be the type of potato you become when you throw your feet up on the coffee table, grab the remote and settle in to do some digesting.

Getting some exercise could go along way to making your Thanksgiving healthier. Take a walk with some family members. Or get away by yourself for a while (we know you could use a break from drunken uncle Ted’s dumb jokes).

You could even make some physical activity on Thanksgiving a tradition. My wife’s family has started participating in a “Turkey Trot” 5k run/walk on Thanksgiving morning. There’s likely one in your neck of the woods too.

My diabetic educator once told me that exercise is like “free insulin.”

My extended family has often found an open bowling alley to hit up after Thanksgiving dinner. It’s not exactly intense exercise, but you will be moving around while having some fun, and you will burn some calories too. According to FitnessforWeightLoss.com, a person weighing 150 pounds would burn more than 200 calories while bowling for one hour. A 200-pound person could burn almost 300 calories.

Final Thoughts on Diabetes and Thanksgiving

In addition to counting carbs during Thanksgiving festivities, don’t forget to consider how other things affect your blood sugar.

For instance, alcohol can have a blood-sugar lowering effect. Foods that are higher in fat can cause your stomach to empty more slowly, which means you could see your blood sugar spike later on rather than in the short term. There’s also evidence that meals with high fat content could cause your body to be more resistant to insulin.

For all these reasons, keeping a close eye on your blood glucose levels during the holidays is wise.

There are also some diabetic support supplements you could try that may help you manage your diabetes during the holidays. Options like Glycemic Manager Glucose Support from Integrative Therapeutics and Lo-Glycemix from Pure Encapsulations can be useful in keeping you in control of your diabetes.

The most important thing to remember about Thanksgiving is what really means. It’s not about packing in as much food as possible. It’s about being grateful for how you’ve been blessed in life.

Foods and Recipes For A Cleanse Diet
Could Fluoride be the Cause of My Child’s Eczema?