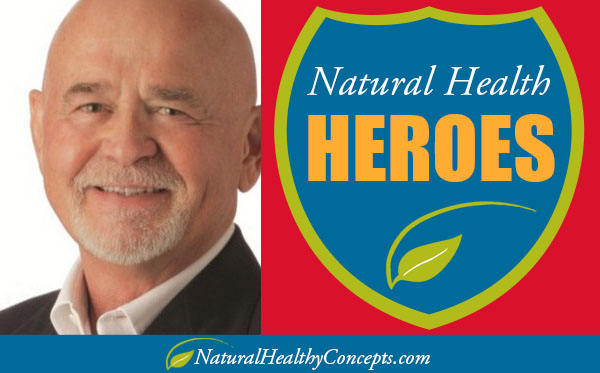 Terry Lemerond has become one of the most authoritative names in natural health. He’s been involved with founding influential companies and helped develop supplements that many consider to be major breakthroughs.

You might be surprised to learn that the man – whose name has become synonymous with the Terry Naturally brand – wasn’t always living a health-conscious lifestyle.

His story shows how anyone can turn things around and not only change their own life – but the lives of countless others. That’s what makes Terry Lemerond one of of our Natural Health Heroes.

How Terry Lemerond Got His Start

No one would guess it by looking at the fit and healthy Terry Lemerond today, but when he was younger, he was anything but a picture of health. Lemerond told the online health & lifestyle publication Inspiyr.com that he became interested in natural health because he was originally so unhealthy.

“It started many years ago as a result of my own poor health. Iâ€™m only 5â€™7, and at one time I weighed over 250 lbs. I had severe hypoglycemia and depression. I was very unhappy, and it was all related to the diet that I was consuming…”

Believe it or not – the military is where Terry first started to see things in a different light. He joined the Marines, and it was there he met a captain who Lemerond credits with changing his life. The officer got him interested in health and nutrition, which led to changes Terry “thought were amazing.”

After leaving the Marine Corp, Terry started working at a health food store, which he eventually purchased. Soon he began researching and even developing natural supplements.

Being the owner of a natural health retail store gave Lemerond a unique advantage. He told NewHope360 that he heard from real-life customers every day.

“It was like having a focus group on a daily basis with a chance to ask questions and listen to your customers. Most of the customers wanted higher quality products that would assure them of providing benefits so they wouldnâ€™t spend money without obtaining benefits. They also desired to take fewer products by having more ingredients in one product.”

Lemerond founded the company Enzymatic Therapy in 1981. That successful brand merged with other natural health companies in 2000. 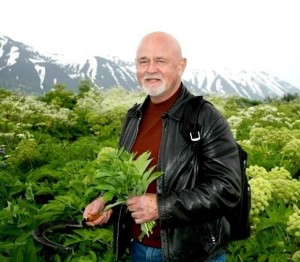 Lemerond took a brief hiatus from the natural health industry following the merger of his first company- but couldn’t stay away forever.

He founded EuroPharma, which includes the Terry Naturally brand and also opened a health food store and cafe in Green Bay, Wisconsin.

Today, Terry Lemerond has accumulated over 40 years of experience working in the field of natural health. That includes the research and development of more than 400 nutritional and botanical formulations, many of which are award-winning best-sellers.

However – Lemerond’s focus has always been on helping people live healthier lives.

While his businesses offer supplements, Terry is always quick to point out that better health begins with a more nutritious diet and other smart choices. In his interview with Inspiyr, he reiterated the belief that supplementation should be a complementary addition to eating right.

“Most Americans eat foods for three reasons: price, convenience, and taste. They donâ€™t realize that hey, what Iâ€™m eating is really going to become a part of me, it will change my health, and its going to make me who I am.

Food is our medicine; food drives our health as gas would drive our car.”

A Natural Health Hero for the Everyday Consumer

Throughout Terry’s career and the history of the companies he’s created – the idea of providing people with quality natural health products has been central.

That sounds like something every company would say about their products. But Terry Lemerond has taken a solid stance with his supplements. While some companies may compromise in order to reduce their costs and offer a more inexpensive supplement – Lemerond has a different opinion.

He has said that one problem with the nutraceutical industry is how many manufacturers end up creating inferior products because they “fear that the price of a good quality product will price them out of the market.” However, just like Natural Healthy Concepts – EuroPharma and Terry Naturally operate under the belief that your health is the best investment you’ll ever make.

Terry Lemerond’s decades of involvement in health and nutrition have also led to plenty of firsts in the industry….

He is credited as the first to bring many productsÂ to the U.S. market including – milk thistle for liver health, standardized Ginkgo biloba and stabilized Glucosamine Sulfate for joint support .

And it’s not just about bringing new products to the U.S. In the early 1980s, Lemerond was critical in developing botanical standardization to the U.S. supplement industry. This ensures that supplements contain a consistent amount ofÂ active botanicalÂ  ingredients so that consumers “get what they pay for.”

EuroPharma and Terry Naturally understand that scientific evidence and clinical research are important. That’s why the company also has a Science and Education Advisory Board to help guide the company in its mission.

How a Common Spice is Helping People Target Pain & More 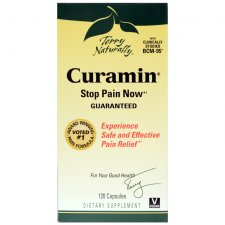 Perhaps the most revolutionary product to come from Terry Lemerond’s 40+ years in natural health is one derived from something you might find in your spice rack – turmeric.

Turmeric is found in food items like mustard and curry – but it’s a special component of the spice known as curcumin that has shown exceptional promise in benefiting certain common health issues.

Terry Naturally takes things one step further. They use a special extract of curcumin known as BCM-95, which is much easier for the human body to absorb and use.

Terry Naturally’s Curamin has become one of the most-popular natural pain relief supplements in the world.

Start reading the many testimonies from people who’ve had their health dramatically changed for the better – and you’ll see why. It has helped people deal with joint issues, sore muscles from exercise, back pain, headaches and more.

Plus- since it first was introduced in 2007 – Curamin has picked up 20 different awards. That includes recognition from Better Nutrition’s Vity Awards, Taste for Life, WholeFoods magazine and Vitamin Retailer.

Terry Naturally products are always 20% off at Natural Healthy Concepts. And as a bonus – get free shipping to any address in the United States.

Learn More About Curcumin and Curamin on our Blog: