You are here: Home › Our Blog › 7 Supplements That Could Help Diabetics Stay Healthy
By Theresa Groskopp, CN on September 25, 2013 in Health Tips, Nutrition Supplements 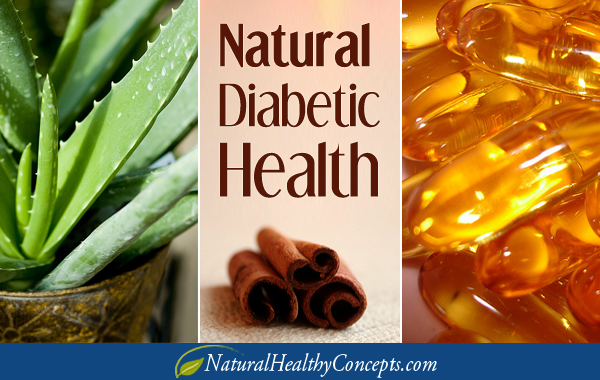 Most people with diabetes eventually develop a routine. You start to understand how your body works and how it responds to the medications you’re taking. But could some simple changes in that routine help you even more?

If you’ve got your blood sugar levels under control – congratulations! You are likely prolonging your life and preventing complications down the road. If you could be paying better attention to your health, don’t feel bad. But we do encourage you to take the right steps.

The truth is, even the healthiest diabetic can find new ways to address common issues. Many times, the right natural supplements can become valuable partners in managing your diabetes and maintaining your health.

The Basics of Diabetes

Diabetes is a condition in which the pancreas either fails to or doesn’t create enough insulin. In other cases, cell receptors in the body do not respond well to the insulin that is being produced.

Insulin is a hormone that helps your body manage metabolism of carbohydrates and fats, while also removing potentially toxic levels of glucose from the bloodstream.

Diabetes can lead to a wide range of complications and other diseases when left untreated – many relate to the health of your blood vessels. That includes hardening of the arteries (arteriosclerosis) and heart health, problems with vision (diabetic retinopathy), kidney disease and failure, nervous system issues (diabetic neuropathy) and more. Doing everything you can to prevent these complications is crucial.

Â Note: The supplements mentioned in this article are not intended as a replacement for treatments you’ve already been directed to follow. The FDA has not evaluated these products and they are not intended to treat, cure or prevent any type of disease.

What they could, however, is help improve and maintain your health. You should closely monitor your glucose levels when first taking anything that could affect blood sugar and how your body reacts to insulin. Talk to your healthcare practitioner about supplementing your diet.

These seven supplements have been found to help some people with diabetes: 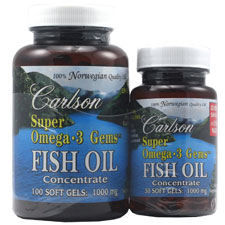 Omega 3 is an essential fatty acid that many people could stand to get more of in their diet. However, diabetics may have an extra need for it.

This fatty acid can support healthy circulation and proper blood flow, which is a major concern for those with diabetes. Maintaining normal blood pressure levels and overall cardiovascular health are two other potential benefits of Omega 3s.

Your body doesn’t produce Omega 3 on its own. You need to get it through the food you eat, and typically that comes from fish. Marine animals like tuna, salmon and mackerel are rich sources of Omega 3. But most people don’t get enough of this nutrient in their diets. That may be because they are vegan, have an allergy or simply don’t like the taste of fish.

If the taste is all that bothers you – there are plenty of supplements that mask the fishy flavor – like This One.

Taking a supplement could help your body get the essential fatty acid it needs. If you can’t take it because of the fish – other options for Omega 3 include flaxseed oil or a supplement with phytoplankton. 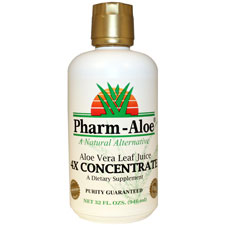 Most of us think of aloe as something we put on our sunburn, or an ingredient in hydrating lotion. But new, promising research indicates aloe could also help diabetics manage their health.

One study found 94% of participants had fasting blood sugars in a normal range after two months of taking aloe.

The high fiber content as well as polysaccharides and glycoprotein in aloe may help the body use glucose effectively. It could have the potential to remove excess glucose from the blood and even encourage proper insulin production.

It is also believed aloe’s detoxifying properties help by increasing the body’s antioxidant defenses, which is often a problem in diabetics. Plus, aloe may promote quicker recovery from certain infections.

Aloe supplements can come in pill and liquid form. You can find Aloe Vera Juice as well as Aloe gel in capsule form from Natural Healthy Concepts. 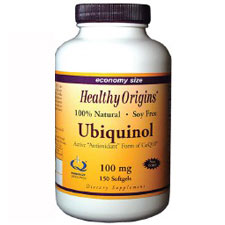 CoQ10 is also known as ubiquinol. It’s a vitamin-like substance found in your body that promotes energy production in the mitochondria of your cells and plays a major role in carbohydrate metabolism.

Some research suggests that CoQ10 can improve diabetic outcomes and may support glucose levels already in a normal range. Click here to read more about one such study.

Certain diabetes medications may actually limit your body’s production of CoQ10. People taking cholesterol-lowering statin drugs may also have a deficiency of this coenzyme.

There are many other potential benefits to taking a ubiquinol supplement. It could support everything from heart health and blood vessels to blood pressure and immune health. 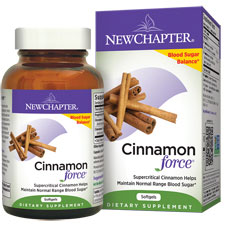 Cinnamon may reduce blood glucose spikes that happen to all of us (diabetic or not) right after we eat a meal. While research is conflicting – some studies show that cinnamon can lower blood sugar levels.

According to the Mayo Clinic – a 2012 review of recent studies surrounding cinnamon and glucose levels found it has a “potentially beneficial effect on glycemic control.” For instance, a 2009 study discovered a 500 mg capsule of cinnamon taken twice daily for about three months improved hemoglobin A1C levels of participants. That’s a test, which reflects a diabetic’s average blood sugar over the same period of time.

If cinnamon does affect blood sugar, it’s still unclear exactly how it does so. Some have theorized that cinnamon may increase insulin action.

You can easily add cinnamon to your daily diet. But getting a decent-sized dose may require a supplement. If you’re considering trying a Cinnamon Bark Supplement, Natural Healthy Concepts offers products formulated for help with glucose management. 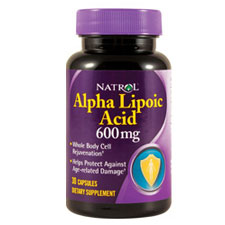 Also known as ALA – alpha lipoic acid is another essential fatty acid like omega-3. ALA is an antioxidant that’s been shown to potentially help maintain already healthy blood sugar levels as well as reduce certain types of nerve pain. That’s two possible benefits in one!

A 2006 study found that an oral ALA supplement reduced nerve pain in diabetics when compared with a placebo. Participants claimed to experience a 51% reduction in pain after only two weeks of taking the supplement. ALA may improve blood flow to nerve endings, helping relieve pain and numbness.

While our bodies do make some ALA, it is not available in any food sources. That’s why taking a supplement may help. 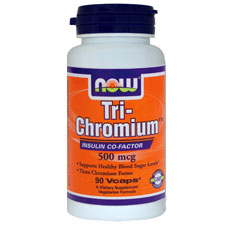 When you hear chromium, you may think of shiny, metallic chrome. But chromium is also a chemical element that may have an effect on insulin sensitivity.

While certain types of chromium can be toxic, the forms used in dietary supplements are considered appropriate for human consumption.

Small amounts of chromium are found in the blood – but that little bit could be doing a lot to maintain healthy blood sugar levels by enhancing the action of insulin.

A large number of Type 2 diabetics have a chromium deficiency. Some research shows that when sufficient levels of chromium are present in the body, much lower amounts of insulin are needed.

Chromium may also support heart health. Diabetic improvements from taking chromium are not dramatic, but natural health experts say it is a smart supplement for those with diabetes to add to their routine. 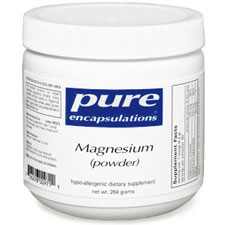 Magnesium must be present in your body in order for several glucose-processing enzymes to work. It’s a fact that many diabetics tend to have a deficiency in magnesium – which can increase issues with high blood sugar.

Magnesium may be the most important mineral for optimal health. It is involved with more than 300 different metabolic functions. Magnesium may be an important nutrient for people who have a family history of Type 2 diabetes or reason to be concerned about developing it – especially women.

The truth is, most Americans are magnesium-deficient because of the low-quality of all the processed foods we eat. You should be able to get adequate magnesium from a healthy diet. But you can make sure by taking a supplement.

Natural Healthy Concepts offers a wide selection of magnesium supplements including products in liquid form and as a powder for people who don’t like the typically larger-sized magnesium pills.

Another benefit of magnesium is how it helps with the absorption of Vitamin D, which is something often lacking in diabetics as well as most other people.

It is important to remember that while medications and supplements may help you manage your diabetes, the most important thing you can do is live a healthy lifestyle.

That means getting the exercise you need, eating the right food, watching your weight and keeping a close eye on your blood sugar levels.

If you deal with diabetes and have used any of the supplements we’ve listed here, let us know about your experience in the comments below. Are there any other supplements you’ve used that have helped you as a diabetic? Tell us about them and share your success with others!

10 Responses to 7 Supplements That Could Help Diabetics Stay Healthy