You are here: Home › Our Blog › Suicidal Teens: Are Antidepressants to Blame?
By Theresa Groskopp, CN on May 1, 2012 in Health Challenges, Health News, Nutrition Politics 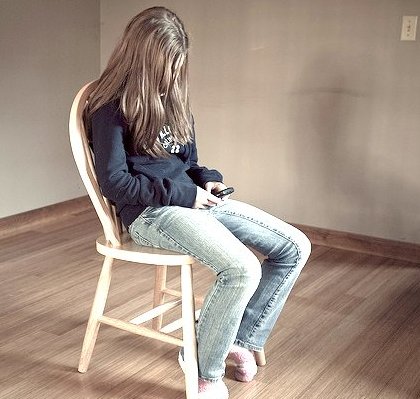 According to the CDC, suicide rates among teens has nearly tripled since the 1940’s. Suicide is the third-leading cause of death among youth 10-24 years old.Â  I was saddened to learn that recently, in a small town nearby to where I live, a 13-year-old girl took her own life. Though I don’t know if she was on medication, I’ve Â long held to the belief that the medications being prescribed to our youth today are largely responsible for the violent behavior and suicides in so many teens today. Â My evidence has been anecdotal, but having raised five kids and living five decades, Â it’s easy to see something is clearly wrong.

If you’ve ever questioned the violence and suicides among our young people and in our schools today, Â some Â statistics we cited in a previous blog may shed some light. According to California’s Board of Pharmacy,Â â€œevery year more than 200 million prescriptions are written for children and teenagers in the United States. That works out toÂ more than three prescriptions per child, every year!â€ You can imagine my relief to see that Terry Lemerond, of Terry Naturally/Europharma fame was thinking the same thing.

Here’s Terry’s article from his blog:

Are the large quantity of drugs consumed by our teenagers responsible for their violent and aggressive behavior?

Did you catch the 60 Minute interview of the researcher from Harvard who has been researching placebos and their effects for the last 35 years?Â  Based on his research, he claims that the chemical constituents of antidepressants are not effective nor do they relieve depression.

Placebos Just as Effective as Antidepressants!

Antidepressant drugs work merely through their placebo effect.Â  Now, if thatâ€™s all they did that would not be so bad.Â  I donâ€™t think anyone would argue that if the drug is going to relieve depression, whether through a placebo effect or the chemicals that are actually in the drugs is not important, but the antidepressants come with huge, sometimes fatal, side effects.Â  Today, one of the most common medications for teenagers is antidepressants.Â  I recently learned from a parent that their 6 year old child was on antidepressants.Â  The second cause of death among teenagers is suicide.Â  I donâ€™t believe there is any conclusive proof that antidepressants cause suicide, but I believe experts suggest they could be a cause.Â  Are the large quantity of drugs consumed by our teenagers responsible for their violent and aggressive behavior?

We are The Most Over-medicated Country in the World

We are the most over-medicated country in the world.Â  Our population in the United States represents 5% of the worldâ€™s population yet we consume 50-60% of the worldâ€™s manufactured drugs.Â  50 years ago we did not see the violent behavior, aggressiveness, suicides and school shootings as we do today.Â  But then again we did not dispense prescription drugs in the 50â€™s and 60â€™s as we are doing today.Â  I absolutely am convinced that our downward spiral of human life is due to the poor quality of food and the choice of the American diet.Â  Some people live on junk food, eat all of their meals out of a fast food restaurant, and think that pizza is a meal.Â  Junk food manufacturers and fast food purveyors are changing the way Americans look at food.Â  There is no one who has the funds or the power to refute junk food advertising.Â  Americans are so susceptible to TV advertising.Â  And, after itâ€™s drummed into Americans lifestyle, it becomes acceptable.Â  I could not believe that a coke manufacturer would create a national ad showing a family (father, mother, and children) at a dinner table pouring coke to consume as the main drink during dinner.

So there you have it – an expert opinion that gives mine a little support. Our youth deserve better! Sadly, until the medical community is willing to take a look at the root cause of many of the so-called “mental health” problems of our teens, like diet and nutritional deficiencies or allergies, I’m afraid we’ll continue to hear more of the same.