You are here: Home › Our Blog › Spare A Thought For Iodine
By Theresa Groskopp, CN on October 2, 2012 in Health News, Health Tips 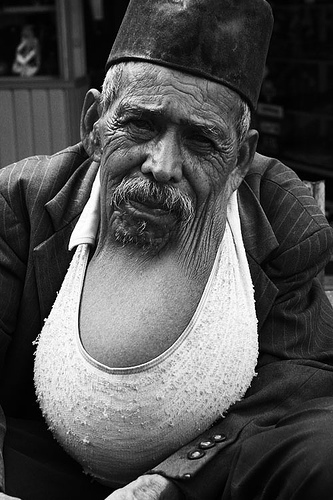 I live in the Midwest and have been trying to reduce my salt intake. However, my saltshaker is actually my most consistent source of iodine, an essential element for the health of my thyroid.

And as important as it is for me, it is critical for pregnant and breastfeeding women, infants, and children because of its role in brain development.

Both Unicef and the World Health Organization say iodine deficiency is the leading cause of preventable mental retardation worldwide.

However, lifestyle changes mean that Iodine deficiency is just not as rare as it once was in the US.Â If you go back to the early 1900s, deficiency was actually pretty common in the Great Lakes, Appalachian, and northwestern regions of the US.Â That only changed when the government called for iodine in table salt in the 1920s.

But much of that good work may be unraveling.

Cutting Back On Salt May Cause Iodine Deficiency

Most of us have heard how low-sodium diets can help reduce blood pressure. Food manufacturers and fast-food outlets are even reducing the amount of salt in their foods, much of which is not iodine enriched, anyway.

However, cutting back on salt may raise our risk of iodine deficiency!

AndÂ there are other threats, too…

A lot of our food may also be grown in iodine deficient soil, especially if you live, as I do, in one of the states bordering Canada. However, soils in California and Texas are also low in iodine.

The dairy industry no longer adds iodine to animal feedstuff; many of us are cutting back on eggs for our cholesterol levels; and we are developing a taste for sea salt, which has no added iodine.

So, what does it all mean?

Dr David Brownstein, author of Iodine: Why You Need It Why You Can’t Live Without It, saysÂ his Michigan practice has tested more than 6,000 patients and found iodine deficiency occurring at epidemic rates.

There is growing evidence that Americans would have better health and a lower incidence of hypothyroidism, cancer, and fibrocystic disease of the breast if they consumed more iodine.

Today, 1 in 7 American women, or almost 15%, will develop breast cancer during their lifetime. Thirty years ago, when iodine consumption was twice as high as it is nowâ€¦ 1 in 20 women developed breast cancer.

Laboratory tests using estrogen sensitive breast cancer cells exposed to iodine have shown that iodine makes them less likely to respond to the negative aspects of estrogen, and therefore, less likely to grow and spread.

Lemerond says chlorine, fluoride, and bromide are also contributing to iodine problems, as they block iodine receptors and are increasingly consumed in foods or ingested through environmental exposure.

We can still get iodine from fish, shellfish, strawberries, yogurt, cow’s milk, and kelp.Â However, it is not a great idea to eat fish every day, and iodine levels in milk vary.Â So iodine supplementation may bring a consistent level of iodine to our diet.Â As Dr Brownstein says,

If you are low in iodine, I suggest supplementing with iodine.

Could You Have a Thyroid Problem?

Is Fluoride In Water A Good Or Bad Thing?

One Response to Spare A Thought For Iodine