You are here: Home › Our Blog › Why Are So Many People Taking a Skullcap Tincture?
By Angela Halderson, RD on May 24, 2018 in Health Tips, Nutrition Supplements 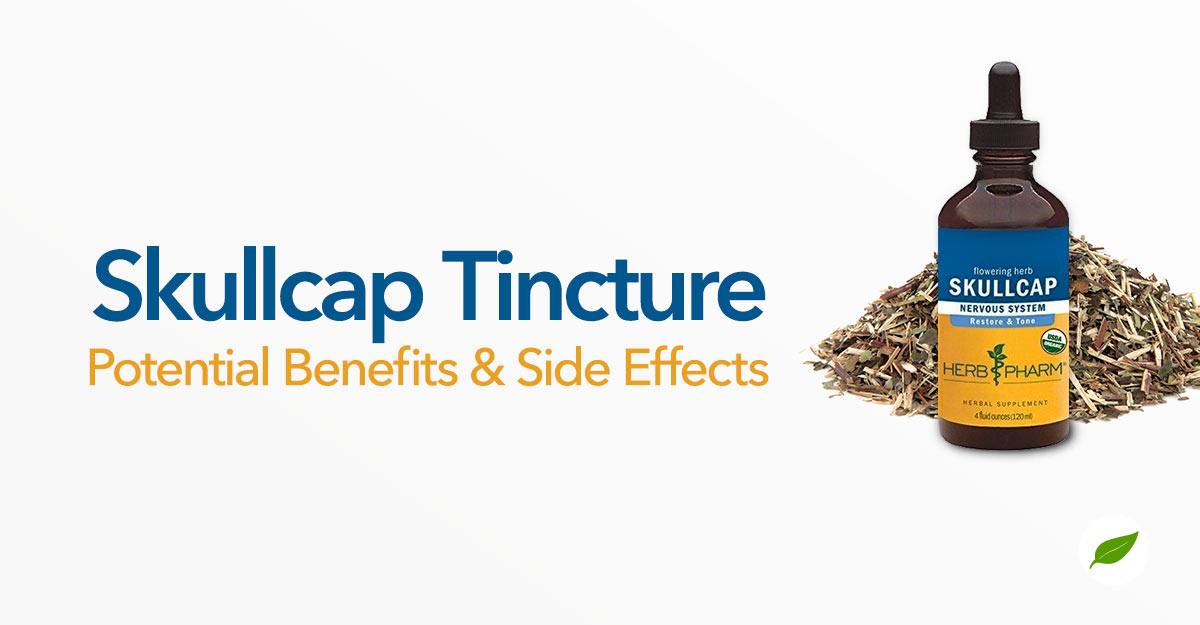 Skullcap is a favorite of herbalists around the world, but before we begin, itâ€™s important to understand what weâ€™re talking about. Skullcap, the medicinal herb, isnâ€™t one plant species, but two: American and Chinese Skullcap. Both herbs have different natural habitats, distinctive appearances, and potential benefits for people who take one or the other skullcap tincture.

Fortunately, both varieties are fairly well understood by science, compared to the scientific consensus regarding many other traditional herbs. It is important, however, to know which version of Skullcap tincture you happen to be taking, and which effects it is best suited for.

Whatâ€™s the Difference Between American and Chinese Skullcap Tincture?

Skullcap tinctures are made by taking the mature roots of the skullcap plant, drying them, then macerating them in a solvent like ethanol to extract the active properties. Both species of medicinal Skullcap have tinctures prepared the same way, but again, their potential effects are not the same.

American skullcap has been used since pre-recorded Native American history. Its uses from then to now have been fairly uniform, usually related to the support of cognitive health. Feelings of mental uneasiness are hard to quantify, and needs vary from person to person; however, one study seems to indicate that American Skullcap tincture may be well applied for patients with abnormal moods. The study notes that skullcap â€œenhanced global mood without a reduction in energy or cognition, further study assessing its putative anxiolytic effects in notably anxious subjects with co-morbid depression is warranted.â€

Skullcap has several differences. It has been shown to benefit patients with certain acute nervous system disorders, as well as patients with certain organ-specific health problems. There are other potential benefits which have not undergone rigorous scientific scrutinization, but anyone thinking about using Chinese Skullcap tincture should definitely be aware of them.

Unlike many herbs, Chinese and American skullcap have the potential for potentially dangerous side effects when taken in high doses. These are in no way present in normal medical doses, but people should be aware, especially if theyâ€™re considered growing their own Skullcap root for medicine.

American skullcap overdose can produce neurological side effects varying greatly in kind and severity. This herb should also not be taken by pregnant women or children. Chinese skullcap can also cause unwanted effects when consumed in great quantity. These should especially be avoided by people with blood sugar issues or certain organ-specific abnormalities.

Both species of skullcap can potentiate the effects of prescription drugs, especially sedatives, so consult a doctor if that relates to you.

Does That Mean I Should Be Concerned About Skullcap Tincture?

All that might sound a bit scary, but itâ€™s really only relevant for pregnant women, children, and people who might want to take a whole lot of skullcap at once, for whatever reason. Dosed appropriately, skullcap has numerous potential benefits.

If anything, the potential for unwanted side effects is an indication that skullcap works. So many herbs are subtle to the point of being undetectable. Skullcap isnâ€™t going to rock your world on a single dose the same way some prescription drugs might, but itâ€™s a natural medicine that must nonetheless be respected.

Taken appropriately, skullcap has the potential to effect change through consistent use. The extracts, teas, and tinctures are easy to incorporate into a daily diet. Simply add hot water and youâ€™re ready to go. Low doses and consistency seems to be the best way to handle Skullcap. Proper sourcing is also necessary, as unethical sellers have been found to sell polluted products in the past. Fortunately, Natural Healthy Concepts has a number of properly sourced and handled Skullcap tinctures, as well as other Skullcap products. We hope you enjoy Skullcap!

The What, Why, and How of Skullcap Tea
The Potential Benefits of Omega-3 for Dogs