You are here: Home › Our Blog › The Potential Medicinal Benefits of American and Chinese Skullcap
By Angela Halderson, RD on October 4, 2018 in Nutrition Supplements 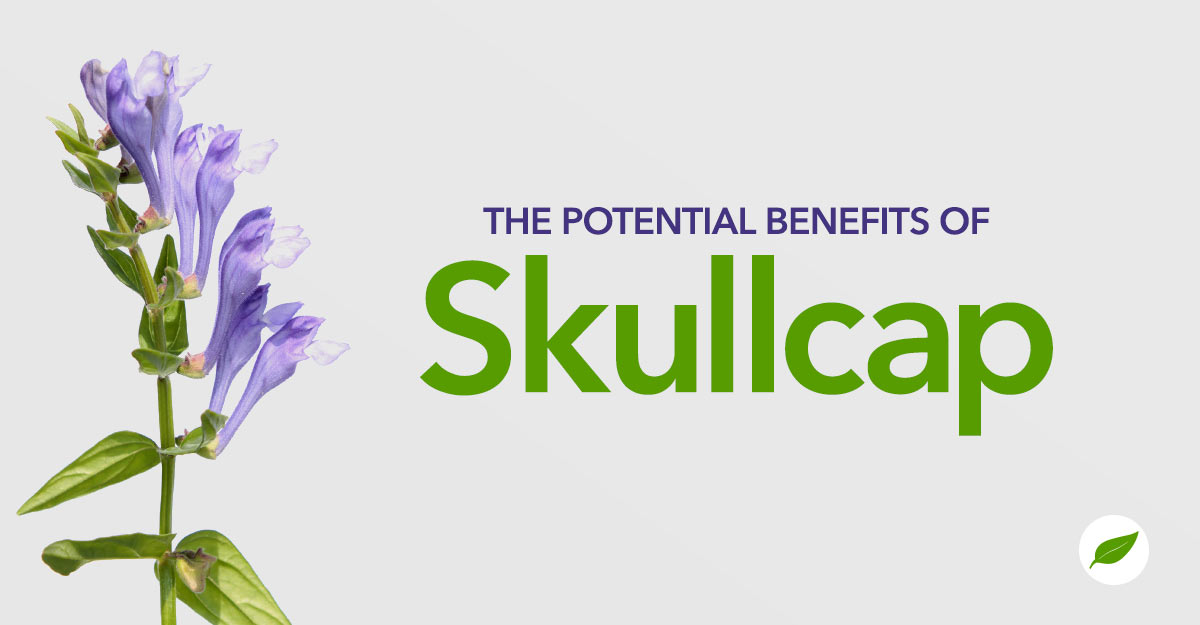 The parts of American skullcap that are used medically are the leaves and the flowers. The American skullcap flower is a â€œslender, heavily branched plantâ€ with blue and purple flowers that grow in meadows or forests. Â They are â€œthought to be GABAergic, binding to the benzodiazepine site of the ?-aminobutyric (GABA) receptor, and thereby have a sedating and anxiolytic effect.â€ American skullcap also contains the flavonoids scutellarin, methoxyflavone, and catalpol. Some of the flavonoids contained in American skullcap bind to the brainâ€™s serotonin receptor. This is at least part of the reason that American skullcap has â€œsedative and relaxing effects.â€

The potential sedative and relaxing effects of American skullcap were observed in a human study of 43 participants, which found that American skullcap â€œreduced symptoms of anxiety and depression in some individuals, without causing an observable reduction in energy or cognition. An overall enhancement of mood was also noted.â€

The American skullcap benefits of potentially improving mood and decreasing anxiety have been observed for over 200 years, as it has been historically used as a â€œmild relaxant and as a therapy for anxiety, nervous tension, and convulsions.â€

While there are many potential benefits of American skullcap. In addition to those listed above, studies also show â€œAmerican skullcap has significant antioxidant effects, and may help protect against neurological disorders, such as Alzheimer’s disease, Parkinson’s disease, anxiety, and depressionâ€.

Chinese skullcap has a long history in traditional Chinese medicine, or TCM. In TCM, Chinese skullcap is used to to support respiratory health during changes in the season, to maintain blood pressure already within the normal range, and to support a healthy immune system. It has been used in TCM to help address respiratory challenges, temporary relief from occasional pain, and healthy cellular development.

One potential Chinese skullcap benefit is that it may reduce symptoms of hypertension and diabetes (this has been observed in animal studies, but not yet with human subjects). However, it is strongly recommended that people with diabetes do NOT take Chinese skullcap without doctor supervision, as it may lower blood sugar levels.

Because of the potential sleep-promoting properties of both American and Chinese skullcap, it is also advised that it not be taken along with other sedatives, including anticonvulsants, barbiturates, benzodiazepines, sleeping pills, tricyclic antidepressants, and alcohol.

If you want to access the potential skullcap benefits (either American or Chinese) from a reputable brand, the Natural Healthy Concepts store only stocks professional quality brands who use Good Manufacturing Processes (GMP) and are reputable within the industry. Try Oregonâ€™s Wild Harvest organic skullcap supplement or Herb Pharmâ€™s Skullcap Extract.

What are the most important skullcap benefits youâ€™ve observed?

Natural Approaches to Liver Health
Natural Deodorant: Why You Need to Switch Today