You are here: Home › Our Blog › How To Make Shatavari Powder And Ghee
By Theresa Groskopp, CN on February 19, 2018 in Diet, Nutrition Supplements 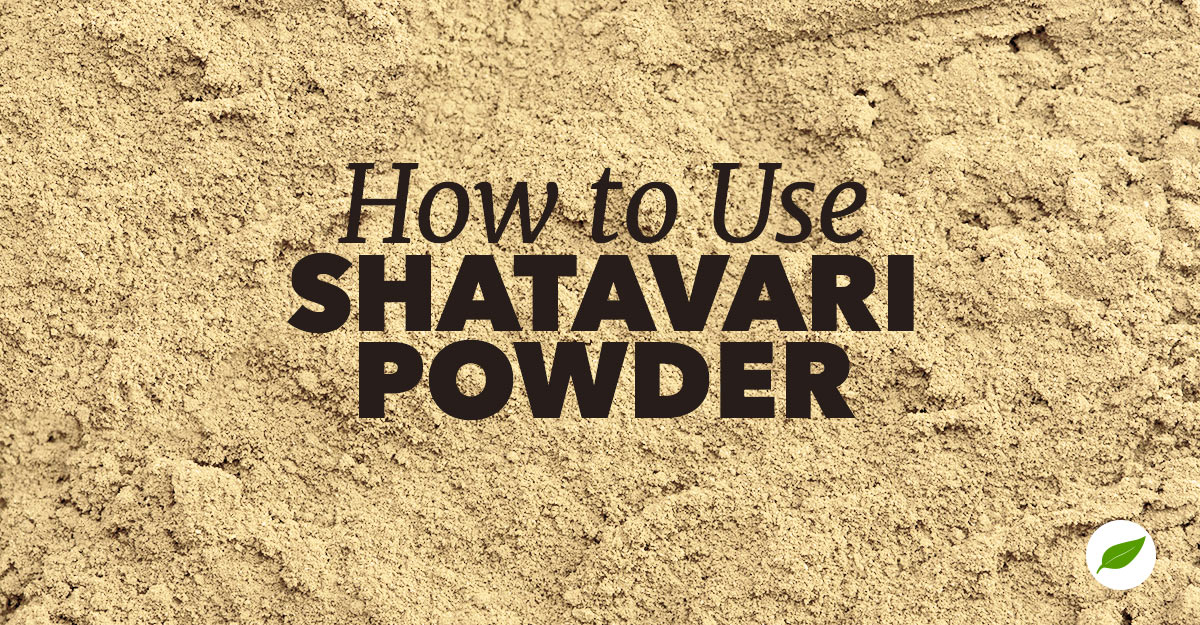 The first time a new customer finds their shatavari powder order at their door, itâ€™s easy to wonder what to do next. Unless you regularly take natural supplements, you likely donâ€™t handle powders very often. Dosing, preparation of shatavari powder (usually from the root, rhizomes, or stem), and consumption may seem a little daunting. Fortunately, with a little research, youâ€™ll find that you can find a shatavari consumption method that you enjoy.

Shatavari is a cousin of common asparagus, and as such, it can stand up to medium heat without losing its medicinal qualities. We know this because for thousands of years, shatavari has been taken as a tea. Weâ€™ll talk about the preparation of this tea a little later, but for now weâ€™ll focus on the fact that shatavari powder does not need to be treated with kid gloves to do its work. Depending on elevation, water boils at around 208 degrees Fahrenheit, so we know that shatavari is still active at that temperature, at least.

Another traditional preparation of shatavari powder is shatavari ghee. Ghee is a traditional Indian clarified butter. Basically, that means that all of the moisture and impurities in the butter have been removed through a cooking process. Adding shatavari to a traditional ghee recipe, as linked above, will infuse this useful butter with the active ingredients within shatavari.

It is unknown at what specific temperature shatavari burns or is denatured, but it can stand up to boiling water and low-to-medium cooking temperatures. This simple fact opens up a world of possibilities for consuming shatavari. Here are some of the most common ways to do so.

Shatavari tea is usually made this way: add your prescribed daily dosage of shatavari to a cup of water just off the boil. Cover with a saucer or other lid and let sit for several hours, or overnight (This hydrates the shatavari and makes it more useful to the body). Add a sweetener of your choice and drink up. Itâ€™s as simple as that.

There is no reason not to get creative with your shatavari tea. If honey-sweetened tea is a little too simple for you, you can do the same preparation in a tea that you enjoy, rather than plain water. You can dilute the tea in a thermos or water bottle, and sip on it all day long. The only limit is your imagination.

As described above, shatavari ghee is shatavari infused into clarified butter. Like many Ayurvedic herbs, shatavari is fat-soluble. You can produce a large and long-lasting supply of shatavari ghee using only shatavari powder, organic butter, and a little water.Â

Shatavari ghee can be consumed on its own (1 tablespoon per day is the usual recommendation). It can be mixed with warm water or milk. It can also be added to foods you eat every day, like bread, meat, granola, etc. Shatavari ghee, unlike regular ghee, is not intended to be used as a cooking oil. Added as a flavor enhancement to already-cooked foods, though, brings shatavari powder ghee into the realm of cuisine very nicely.

As you can see, shatavari powder can be adapted to some uses for various potential health benefits, and enjoyed with just about any tea, milk, or cooking preparation you can think of. There is no need to get bored by taking shatavari the same way every single day. Itâ€™s solubility in water and fat make it tremendously versatile. By making these preparations part of your routine, youâ€™ll never miss a dose, and youâ€™ll enjoy your shatavari with daily food and drink rituals that already help keep you well and fulfilled.

One Response to How To Make Shatavari Powder And Ghee