You are here: Home › Our Blog › Shatavari Herb for New and Expecting Mothers
By Theresa Groskopp, CN on October 2, 2017 in Diet, Nutrition Supplements 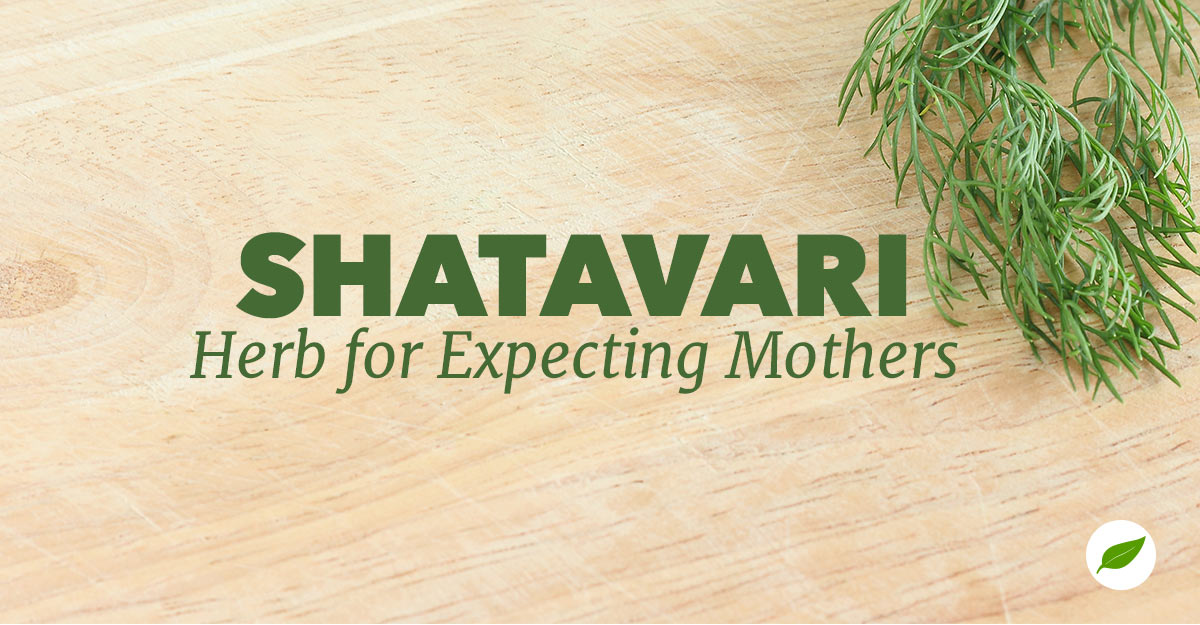 Shatavari herb is a famous Ayurvedic medicine with a reputation for its potential benefits for women of all ages. While older women may find shatavari useful, especially during menopause, it has been most well known as a reproductive tonic for generations.

Herbs, supplements, and snake oil have been sold for reproductive and sexual aid since time immemorial, from the ancient marketplace to the modern convenience store. Women are wise to be cautious before introducing any herbal preparation into their systems, especially when trying to become pregnant.

Fortunately, the effects of shatavari are well-studied. This Ayurvedic tonic made from an ancient cousin of common asparagus didnâ€™t earn its name for nothing, and study after study continues to verify many of the claims we find in Eastern and Ayurvedic texts, some of them hundreds or thousands of years old. Weâ€™ll cover some of the most common claims one hears about shatavari herb, as well as the apparent proof that validates these claims.

StressÂ â€“Â Stress and pregnancy are believed to be closely associated according to some studies. What science is aiming to prove, human society has understood for ages: pregnant women should be saved stress whenever possible. In some well-designed studies, regular consumption of shatavari seems to correlate with lower levels of cortisol and other stress indicators in human beings and other animals. If this were the only potential benefit from shatavari, it might seem worth taking for mothers-to-be. Fortunately, shatavari has many potential health benefits.

Immune System SupportÂ â€“ During gestation, mother and child share an immune system. The motherâ€™s milk goes on to nurture the childâ€™s developing immune system during the first year of life. A healthy immune system is also important to the normal development of the fetus during pregnancy, identified by some as â€œendometriosis, blocked fallopian tubes, uterine fibroids, damage from c-section, ovarian cysts.â€

Mucus Membrane Support â€“Â Cervical mucus promotes fertility, but not in the direct way that you might think. The main reason that women produce vaginal and cervical mucus is to nurture and protect sperm on their long haul through the femaleâ€™s reproductive system. Thus, indirectly, mucus production makes women more able to conceive. Shatavari herb is believed to promote cervical mucous production, and thereby, fertility.

Milk ProductionÂ â€“ Shatavari, taken regularly, may promote estrogen production, fertility, and milk production in new mothers. This potential effect is observed in double-blind human studies, small mammals like rats, and is echoed in anecdotes and teachings from Ayurvedic history.

DigestionÂ â€“ Shatavari appears to support a healthy digestive system in several ways. The herb may act as a digestive stimulant, diuretic, laxative, and promoter of nutritive absorption. For this reason, shatavari has been used as a digestive tonic for both sexes and people of different ages, but is often respected for the benefits it potentially offers to pregnant women during gestation.

Does Shatavari Have Potential Side Effects?

Though no two women are the same, and everyone responds differently to medicinal food and herbs, shatavari use is generally regarded to be free from adverse side effects in the proper doses. However, when taking too much shatavari, the woman may find that its normal effects are overly pronounced: too much milk production, food passing too quickly through the digestive process, urination that occurs too frequently. If any of these are observed, a reduced dosage is typically sufficient to achieve the desired effects at proper levels.

At the end of the day, shatavari is one of the special ancient herbal preparations that has been deeply scrutinized with a scientific lens. In almost all cases, the studies linked above verify tales and traditions surrounding shatavari. For women and mothers of all ages, this herb seems to offer real benefits.

Benfotiamine Supplement: Potential Benefits Of Vitamin B1
How to Use Turmeric Root for Your Health