You are here: Home › Our Blog › Why Do People Drink Schisandra Tea?
By Angela Halderson, RD on May 10, 2018 in Nutrition Supplements 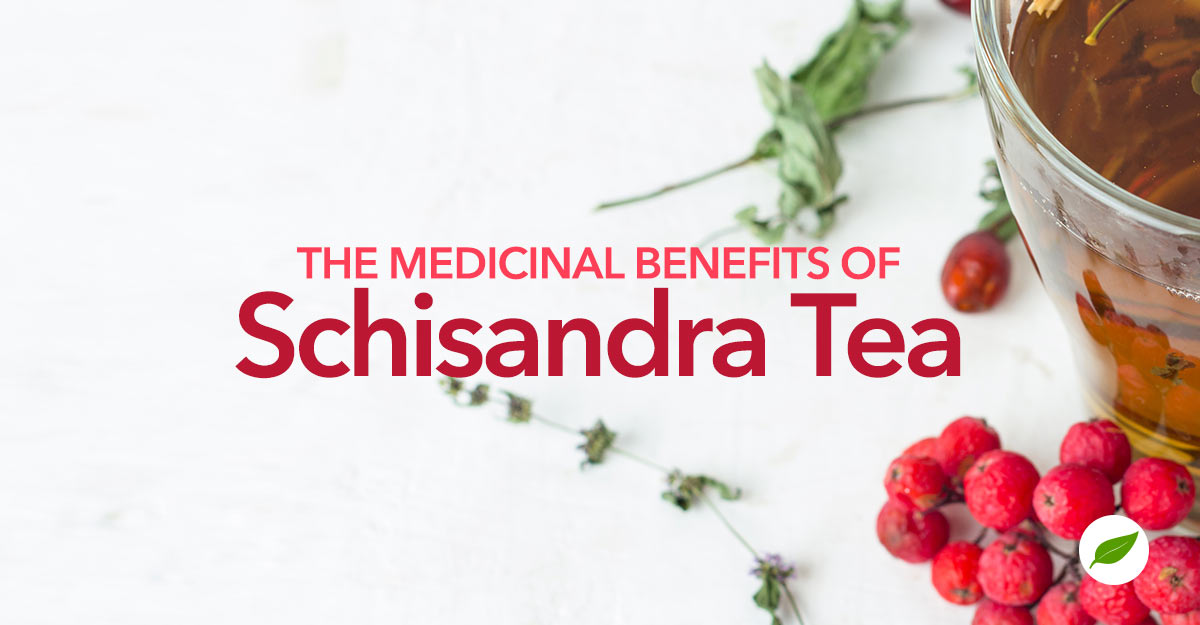 Schisandra is one of the seemingly countless plants and herbs used in traditional medicine for thousands of years. As is often the case with medicinal plants unfamiliar to Westerners, Schisandraâ€™s origin story begins in ancient China. Fast forward to today and this climbing vine thrives in American soil, where it is frequently grown as an ornamental plant. What may not be well understood by gardeners is that the berries may provide numerous medicinal benefits.

Schisandra tea is made by soaking dried Schisandra berries in hot water. For those lucky enough to have tried it, the flavor can be difficult to describe. Fortunately, Chinese medical tradition provides a lexicon that is appropriate. In traditional literature, the Schisandra berry is called the â€œfive flavor fruitâ€, the five flavors being salty, sour, sweet, spicy, and bitter. Thatâ€™s a lot of complexity to pack into a tiny berry. But what do the unique chemicals and compounds found in Schisandra tea do?

In the 1960â€™s, there were numerous Soviet studies which seemed to suggest that Schisandra tea helped with just about everything. And while the plant has been fully absorbed into the Russian pharmacopeia as a result, Western studies have not been able to verify the results described in these 50 year old documents.

Nonetheless, this doesnâ€™t indicate that Schisandra is inert. Well-designed modern studies find potential benefit for age-associated issues for women. Certain physical symptoms emerging in women during middle age are well known, and regular consumption of Schisandra tea during this life process seems to be associated with a beneficial change in symptom severity.

Other Purposes For Schisandra Tea: Traditional and Modern

The traditional uses of Schisandra tea can be grouped as the effects of drugs often described as adaptogens. The word â€œadaptogenâ€ isnâ€™t the most scientific descriptor on the planet, but it does serve as a handy way to sum up the effects of certain medicines.

Specifically, a true adaptogen would make a patient feel healthier in their daily life, and more able to do a job or bear up under stressful conditions that might otherwise be very difficult. The thing is, there are many â€œpanaceasâ€ in ancient medicine,Â natural plants that are accredited with almost magical powers to cure all ills.

As is often the case, the miracle drugs of yore donâ€™t seem to quite live up to their reputations as universal remedies. However, the reputation Schisandra earned during antiquity wasnâ€™t for nothing.

Schisandra seems to have some effect for patients who feel insufficiently rested to be as effective as theyâ€™d like to be in daily life. This potential benefit is subtle, but could be a hint at why ancient Eastern traditions revered the plant. Some small studies seem to indicate that Schisandra could provide benefit for issues related to digestion and wound repair.

If the 1960â€™s Russian studies were hyperbolic, and modern western studies reveal only so much, but itâ€™s possible that the reality lies somewhere in between. Many herbalists will agree that itâ€™s rare for a single herb to have a great effect in the absence of all other personal care. Taking the herb consistently, having an otherwise healthy lifestyle, and a holistic approach to health in general are always the best way to potentially see optimal benefit from an herbal preparation like Schisandra tea.

The only way to know for sure what Schisandra tea might offer you is to try it. Schisandra is available through Natural Healthy Concepts, and can be incorporated into your regular health and diet regimen. Try it for yourself to learn what this traditional herb drink might offer you. As the medical tradition so variously describes, there seems to be a great deal of potential.