You are here: Home › Our Blog › Schisandra Powder for Liver Health and Adrenal Function Support
By Angela Halderson, RD on May 12, 2018 in Nutrition Supplements 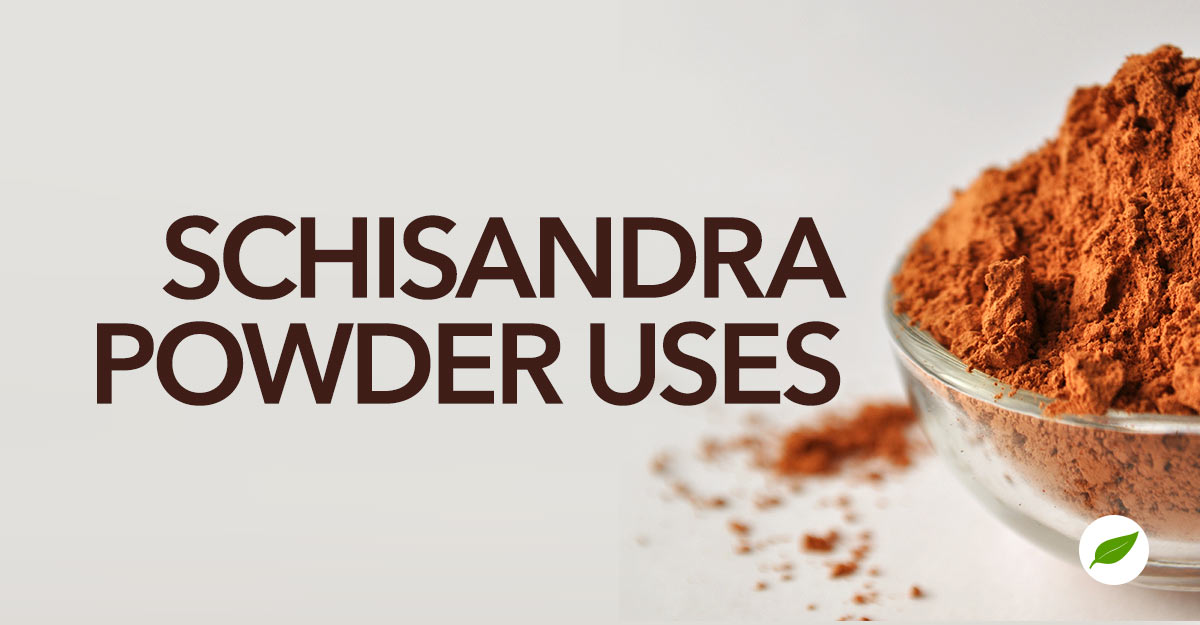 Schisandra is a plant often used in traditional Chinese medicine. It goes by many names, including wu wei zei, five flavor berry, and gomishi. Schisandra, which can be taken using Schisandra extract or Schisandra powder, has been used in Chinese medicine for everything from supporting healthy liver function to promoting overall mental and physical functioning.

Scientists have isolated an â€œactive lignanâ€ from Schisandra, known as schisandran A, which is through to be a main source of medicinal properties in the plant. Schisandran A has been found to have the ability to reverse multidrug resistance (MDR) in abnormal cell growth.

While much of the research regarding the effectiveness of Schisandra has been through animal trials, some research has also been done with human subjects. Two clinical trials with humans suggested that a mixture of Schisandra fruit extract and sesamin was beneficial for patients with liver conditions stemming from alcohol consumption or other disorders. These studies also suggest that in combination with oral antioxidants, Schisandra may also provide a healthy immune response in the liver.

Animal studies have also provided important information about the potential benefits of Schisandra chinensis (SC). As Schisandra has historically been given to people with liver disease, scientists investigated whether schisandra would indeed exhibit protective effects on liver health, including alcohol-induced fatty liver. The results of the trials done with rats suggests a â€œprotective effectâ€ that â€œhas the ability to prevent ethanol-induced fatty liver.â€ However, these studies are no conclusive in human subjects.

Schisandra is an adaptogen, otherwise known as â€œnatureâ€™s stress busters.â€ Adaptogenic herbs support the body during times of stress. When under stress, the bodyâ€™s adrenal glands produce cortisol, which loads the body with glucose. While this can be useful for providing the body fuel it feels it needs to respond to danger or challenges, it also induces stress. Too much stress can cause the release of too much cortisol, causing a feedback loop, which can have a negative effect on a personâ€™s cognitive and physical functioning.

Adaptogens like Schisandra may help the body to respond to stress and help bring it back into balance. Schisandra in particular has been found to help maintain endurance and mental performance in patients exhibiting mild fatigue and weakness.

Another study found that Schisandra may have properties that are similar to anti-depressants, along with having â€œpositive effects on mental performance under stress.â€

Schisandra may help support healthy-looking skin. As already mentioned, Schisandra chinensis has a long history of uses, including the treatment of skin diseases. To determine the validity of this, Â researchers examined its effect on dermatitis (also known as contact eczema) in mice. The results indicated anti-inflammatory effects that researchers proposed may have a â€œpotential useâ€ in similar conditions that affect humans. It should be noted that the study did not use the plant on humans with dermatitis.

Another skin condition that schisandra has been used to treat is spontaneous sweating. This study indicates that schisandra may be â€œtherapeutically beneficial by promoting humoral and cell-mandated immune responses.â€

How to Take Schisandra

Schisandra powder is often found in adrenal complex blends and everyday immune support blends. As a tea, try it on its own, or as part of a stress response blend (also featuring holy basil, rhodiola root extract, and many more).

Do you prefer schisandra extract or Schisandra powder? Do you take a daily capsule, or do you blend a delicious tea? Let us know your favorites!