You are here: Home › Our Blog › 3 Key Potential Health Benefits of Schisandra Berry
By Angela Halderson, RD on May 11, 2018 in Nutrition Supplements 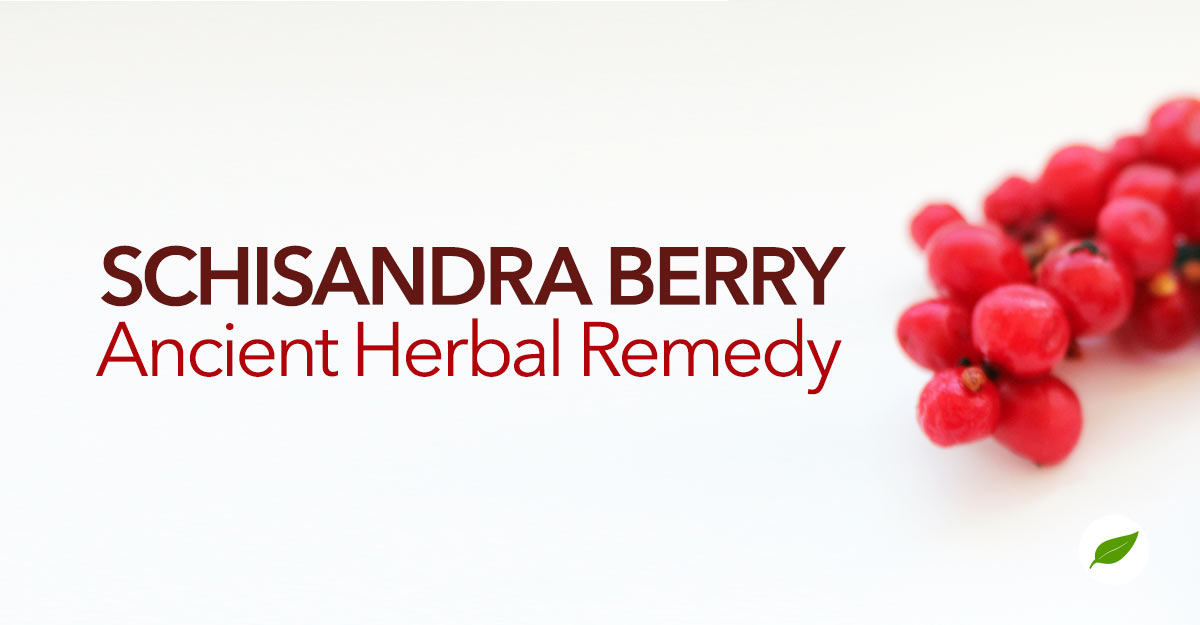 Schisandra chinesnsis, also called Chinese magnolia vine, magnolia vine, or five-flavor fruit, is native to northeast China, Russia and parts of Korea. It is among the 50 fundamental herbs of traditional Chinese medicine. Sometimes the herb is mixed with other herbs, such as the concoction Shen-Mai-San, which is used for energy revitalization.

The Schisandra berry can be dried or crushed into a powder for a wide range of medicinal purposes. Traditional Chinese medicine has used the berry for energy support, hydration, digestion, and aspects of sexual health. The avenues most supported by scientific studies are respiratory function, immunity, and liver function. Some sources claim the herb can have a positive impact on cardiovascular function.

It’s common for an herb to be transformed into a tea, but how about wine? One way the herb has retained its popularity over the years is via tea or wine with an intricate flavor profile. According to traditional Chinese medicine, Schisandra â€œcalms the spirit and soothes the soul.â€ 1 to 2 tsp of Schisandra berry powder in a tea is often touted as a balm for cognitive health and vitalization. Omija cha is a prominent version of Schisandra berry wine in Korea.

Schisandra is sometimes taken to support respiratory function and immunity. The herb provides organic acids, vitamins, flavonoids, phytosterols, and lignans. Schizandrin and Schisandrin B are two lignans found in Schisandra berry. One study concluded that it may be the herbâ€™s lignans that provide the active component that may provide temporary relief from occasional coughing. Another study found an extract of Schisandra to be effective in suppressing respiratory pathogens.

One of the earliest known users of Schisandra berry were Russian hunters who took the berry to feel a resurgence of endurance and clarity during moments of fatigue. Hunters may also have taken the berry to help keep their skin healthy when exposed to extreme heat or cold. Studies show that the herb has the potential to support the immune system, and in animal studies, researchers found that taking Schisandra berry provided support for skin cells exposed to extreme heat and cold.

Perhaps the most common use of Schisandra berry is for liver support. It is used in Western medicine to treat livers that are functioning poorly. The herb is thought to support liver function by stimulating enzymes. These enzymes are proteins that speed up biochemical reactions and help to keep the organ functioning optimally. Schisandrin C is a lignan isolated from the berry that has been used to synthesize such pharmaceutical drugs as Diphenyl Dimethyl Bicarboxylate (DDB) and Bicyclol.

The herb also appears to offer both a preventative and rehabilitative liver protection effect. Schisandra berry has also been studied in combination with a compound sesamin, which is a lignan derived from sesame seeds. One study found that the combination of these substances provided an overall benefit for the livers of twenty participants.

Schisandra berry is considered an adaptogen, or overall wellness tonic. Traditional Chinese medicine claims the herb has the power to draw the individual from an extreme feeling to a balanced state. Itâ€™s clear why Schisandra berry is one of 50 fundamental herbs in traditional Chinese medicine. The next time you are looking for a natural way to support your liver, immune system and respiratory function, you may want to take heed of this ancient herb.