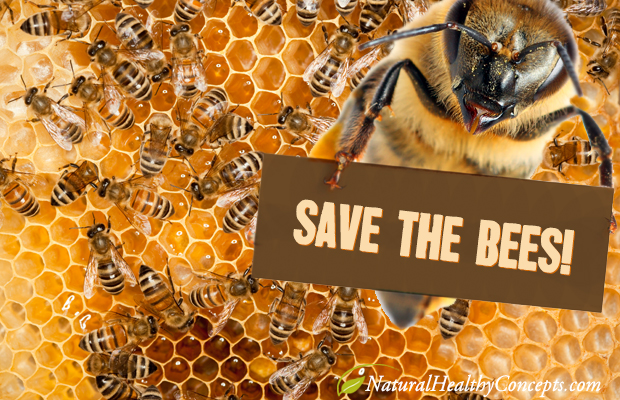 One of the biggest mysteries of modern times has been the dramatic disappearance of bees around the world.

Maybe bees freak you out. Maybe you got stung as a kid and have had a fear of bees ever since. We guarantee this story will change your opinion – no matter how badly you’ve been stung!

We all know honeybees give us some sweet stuff, and we’re all familiar with the fact that bees help pollinate plants and flowers. But the dwindling bee population could have huge ramifications for humans and the entire planet.

Scientists are beginning to understand what’s happening, and hopefully it’s not too late to save the bees.

Why We Need to Save the Bees

Here’s something interesting that many people don’t realize…

Honeybees are not native to North America. European settlers actually brought them over. In fact, in Thomas Jefferson’s writings, he pointed out that Native American Indians referred to honeybees as “white man’s flies.”

Now, there are thousands of different species of bees, some of which are native to North America. And unlike the common story with most invasive species, the introduction of honeybees to America has been nothing but a good thing. They’ve become a very important, natural player in agriculture.

Bees are responsible for pollinating many of the fruits and vegetables we eat every day, from apples and avocados to broccoli and blueberries.

Bees are so important to California’s almond industry that colonies are trucked in from other states to help pollinate the almond trees, and then trucked out after the season is over.

Bumblebees are one of the only creatures that can effectively pollinate tomato plants. They vibrate at a certain frequency, allowing the tightly compacted pollen in tomato flowers to be released.

It is estimated that without the help of bees, the world could lose 1/3 of its food supply!

Simple economics says that if supply is low and demand is high, the cost of healthy food supported by bees will go way up. That’s not going to bode well for fighting things like world hunger or the obesity epidemic.

Of course, bees also play a role in keeping our planet green and beautiful. In addition to crops, they help pollinate 90% of all wild plants and flowers. 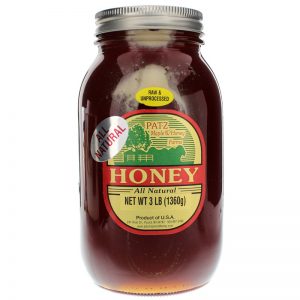 Plus, honeybees are the only insect that actually provides humans with a food source.

Honey is one of the best natural sweeteners. That’s why Natural Healthy Concepts is so proud to offer Wisconsin-made honey from Patz Farms. as well as products from YS Organic Bee Farms.

Honey is also used in some natural cough suppressants and health & beauty products, like the lip balms and lotions available from Naked Bee.

Bee propolis is a unique natural product with a host of potential health benefits. It can even be used in supplements for immune system support. Propolis is made up of a waxy resin that bees use in their hives.

So, it’s quite obvious why we need to save the bees. But what’s happening to them and why?

Explanations for the Disappearance of Bees

The term colony collapse disorder was first used in 2006 to put a name on what seemed to be a sudden vanishing of worker bees from honeybee colonies in North America and Europe.

Bee farmers spoke up when they noticed that it seemed like a drastic number of bees were abandoning the hive never to return. Many theories started emerging, but it now seems most likely that a variety of factors are contributing to the continued decline of bees.

First of all, this is problem that probably started decades ago. 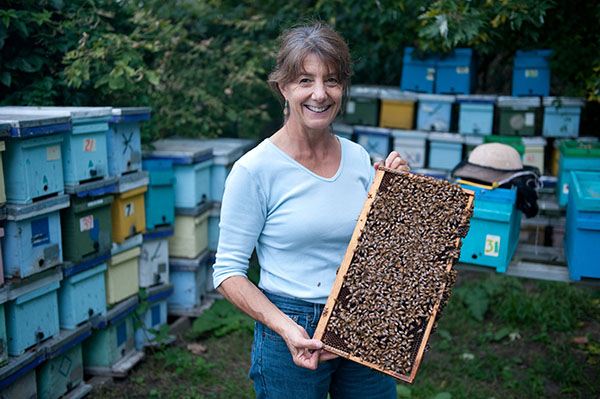 In her TED Talk, which you can watch at the end of this article, University of Minnesota entomologist Marla Spivak claims that it all began after World War II. That’s when we made some big changes to our agricultural practices.

One thing that happened is farmers started using synthetic fertilizers and stopped using natural cover crops like alfalfa and clover. Those cover crops provided flowers that gave the bees nourishment.

Herbicide use became more prevalent following WWII. But many of the weeds being killed off were also flowering plants, which were helping to feed the bees.

It’s believed pesticides are also playing a role in the decline of the bee population. Research shows certain pesticides, known as neonicotinoids, can kill bees in higher doses. In lower doses, these toxic pesticides can negatively impact a bee’s brain,Â causing it to become disoriented so it never returns to its hive.

Another effect of modern agriculture that hurts bee populations would be monocultures. Spivak explains that the practice of mass producing one crop, such as corn or soy, ends up creating a food desert. Monocultivated landscapes are practically barren. There are no flowers, which leave bees with nothing to keep them alive.

While the bee population has been declining for more than half-a-century, there has been a 300% increase in production of crops that require bee pollination!

We need bees now more than ever. But what’s being done to solve the problem?

Watch a Video About Reasons for Colony Collapse Disorder

The first thing we need to do is wake up and realize that our actions can have an immense impact on the environment – and what goes around comes around.

When we mess with nature’s way of doing things…it can get pretty messed up for all of us.

Marla Spivak says the situation surrounding bees is quite precarious. However, she’s not without hope.

Here’s how we can all do our part…

Spivak encourages everyone to plant native flowers around their homes and in their backyard gardens.Â  Specifically, you can plant “bee-friendly flowers.” Learn more about how to do that from the Honeybee Conservancy. Make sure you never treat those flowers with pesticides that harm bees.

My grandfather was a beekeeper, and it’s becoming a hobby that more and more people are adopting.

Again, it may seem like having your own beehive would hardly make a dent in the declining bee population. But just one beehive could help pollinate an entire neighborhood. So your neighbors will have you to thank for beautiful flowers and flourishing vegetable gardens.

Learn more about how to become a beekeeper. There are a variety of simple kits you can order to get started. And some people are coming up with truly unique ideas. Check out the Flow Hive – it’s a unique idea that gives you honey on tap straight from the beehive!

Voting with your dollars is always effective. The more people who support farms that avoid the use of toxic pesticides and herbicides, the more widespread that kind of farmland will become.

You can also get involved by making your voice heard. There is an online petition at Save-Bees.org, which you can sign to ask the federal government to stop the use of toxic pesticides that can harm bees.

Learn more about colony collapse disorder in this report from the Natural Resourced Defense Council.