You are here: Home › Our Blog › Sarsaparilla Plant History, Uses, and Medicinal Benefits
By Angela Halderson, RD on April 28, 2018 in Nutrition Supplements 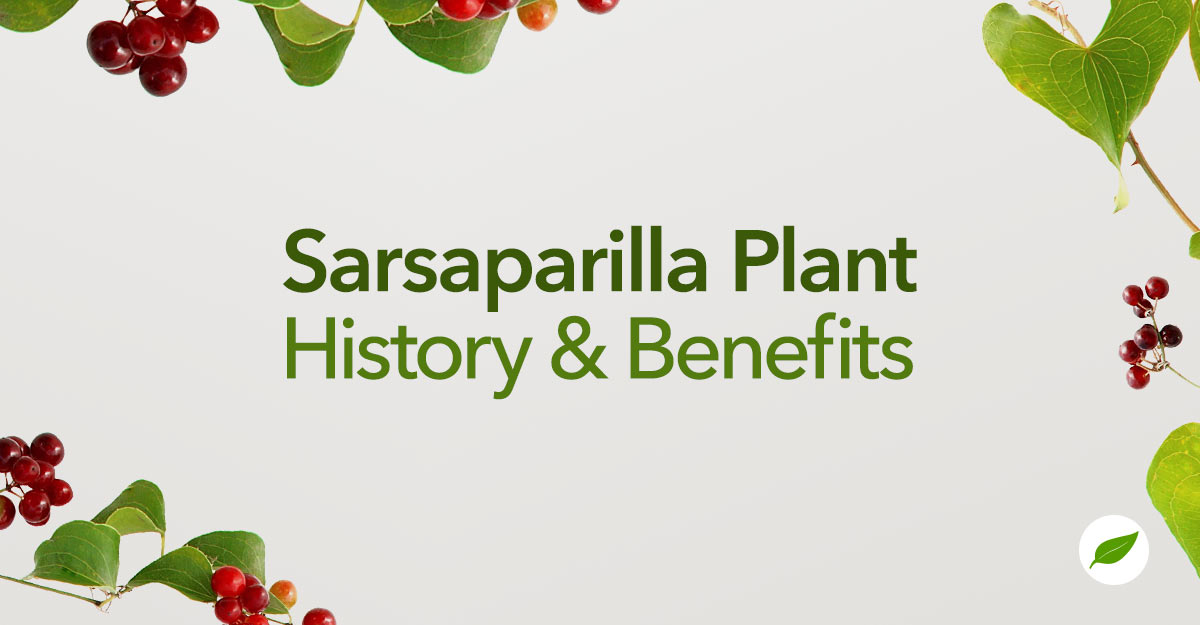 The sarsaparilla plant is one of many herbs studied for its potential medicinal benefits. But if the term â€˜sarsaparillaâ€™ makes you think of cowboys throwing back frosty pints after a hard day of ranching, your romantic notion isnâ€™t entirely off-base. According to some sources, a drink using the plantâ€™s root was popular among cowboys in the Old West. Ironically, it is thought that this drink was actually a mixture of sassafras root and birch oil, instead of the titular sarsaparilla root.

Ingredients from the sarsaparilla plant can be found in modern drinks, such as Sarsaparilla by the Taiwanese company HeySong. Sarsaparilla-based drinks are often compared to the common root beer. The main distinction between the two is that root beer ads flavors such as vanilla, cinnamon, and licorice; while sarsaparilla beverages often rely on the root for its primary flavor profile.

â€˜Sarsaparillaâ€™ can refer to a number of plants, most of which are of the genus Smilax. Some species of the sarsaparilla plant, such as the flowering vine Smilax aspera, are found worldwide. Other versions, such as Smilax glyciphylla and Alphitonia, are native to Australia. It was likely the genera Smilax ornata and Smilax aristolochiifoliaÂ were first introduced to Europeans via the Spaniards.

Sarsaparilla has a wide range of historical uses. Many of them are related to sexual health. Sarsaparilla has traditionally been used to promote joint function, skin health, and kidney purification. The herb has also been taken to protect against digestive challenges, and painful symptoms associated with bacterial infections. Western medicine has been able to validate a select few of these potential medical benefits.

Active Ingredients of the Sarsaparilla Plant

The sarsaparilla plant contains both flavonoids and saponins that allow the herb to achieve some desired medical benefits in human. Flavonoids are often found in brightly colored vegetables and fruits, such as berries. The flavonoids found in sarsaparilla are called astilbin. Astilbin is known to be an active component with the potential to promote joint health in animals.

Herbs of the Smilax genus, such as sarsaparilla, also contain saponins. Bitter to taste, saponins are known for their protection against unwanted fungus and harmful microbes. Sarsasapogenin, sarsaponin, smilasaponin (smilacin), sarsaparilloside, sarsasaponin parillin and smilagenin are all saponins found in the sarsaparilla plant. Among other potential benefits, the saponin sarsasapogenin has been linked to aspects of cognitive health.

Sarsaparilla is commonly taken as a supplement. It is thought that the herb has the potential to suppress oneâ€™s appetite, a result which is highly sought after for individuals looking to closely monitor their weight. Some people have found success using the herb to give their skin a healthy, vibrant look. Others have taken sarsaparilla as a means of promoting their sexual health. There have also been claims that sarsaparilla can keep blood pure by promoting liver health. While the potential for such potential benefits exist, most of these claims have not yet been supported by scientific testing.

The areas where sarsaparilla shows the most promise from a scientific basis is in immune response and liver health. Sarsaparilla, also called Smilax Glabra Rhizome (SGR), has been studied for its potential to act against harmful cells in the body. Researchers have found this to be the case especially in liver tissues.

The sarsaparilla plant has a fascinating history in western medicine. The scientific community continues to search for why exactly the cowboys of the old west swore by this tincture. Promising research has been gathered, but remains to be seen whether the saponins of this herb really do contain health benefits, or if their root beer-like taste provides the mere feeling of being good for what ails you.