You are here: Home › Our Blog › The History and Science Behind Sarsaparilla Benefits
By Angela Halderson, RD on April 17, 2018 in Nutrition Supplements 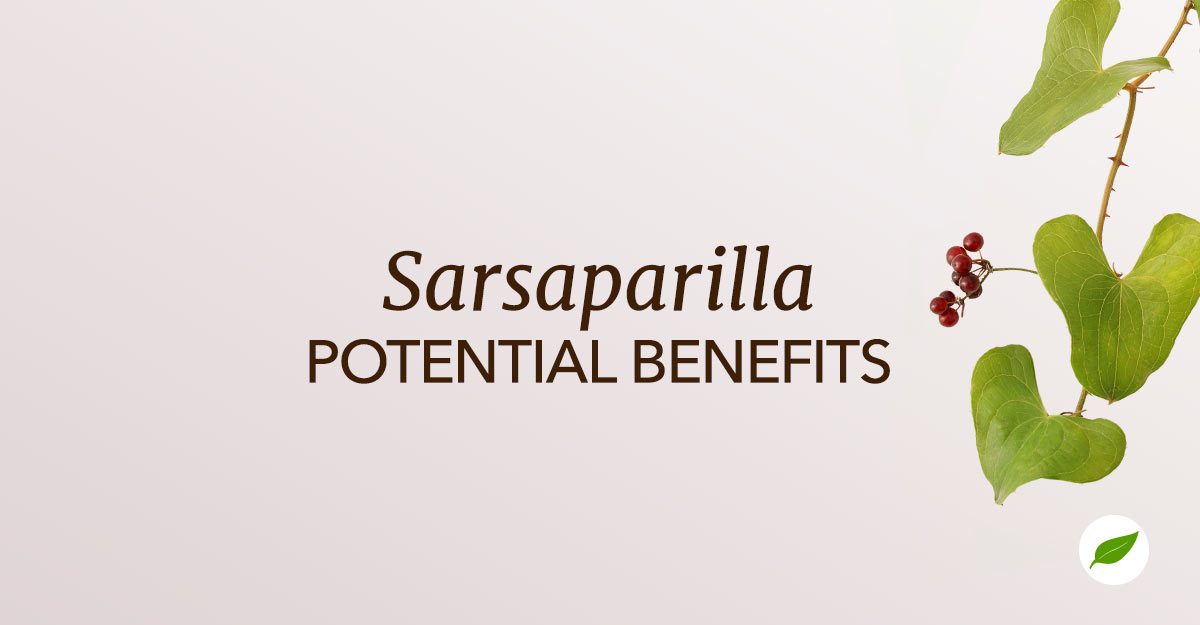 Sarsaparilla is the common name of a family of perennial vines that grows throughout North and South America, as well as Asia and other regions of the world. Sarsaparilla has found its place in many medical traditions, as folk healers have used its leaves, berries, and roots to treat a variety of ills.

This remarkable plant is still thought by many to produce many potential sarsaparilla benefits for human beings. Weâ€™ll talk about these, and other unique characteristics of sarsaparilla, below.

Sarsaparilla has traditionally been used to treat issues related to expectoration and skin discomfort. Numerous records document these medical applications of sarsaparilla going back many centuries, and the plant is used for the same in tinctures, extractions, and concoctions to this day.

These potential sarsaparilla benefits are the ones most well understood by science, but this is not the limit of the many ways sarsaparilla have been used by physicians past. Other uses include:

Itâ€™s possible that all or none of these sarsaparilla benefits are legitimate, at least when compared to the benefits of other medicinal plants and pharmaceuticals. But because of sarsaparillaâ€™s persistence in medical traditions around the world, science is trying to verify some of these claims through rigorous testing. Hereâ€™s what some researchers have discovered.

Sarsaparilla Benefits According to Science

When it comes to irregular tissue cell growth, science is exploring many avenues by which control could be won over these life-threatening symptoms. Chemicals found within sarsaparilla have been found to promote normal cell production patterns, both in lab tests and in living animal trials. Itâ€™s possible that, over generations, these effects were observed and that this prescription of various sarsaparilla decoctions helped early patients with these common complaints.

One of the most interesting scientific observations related to sarsaparilla is the way the chemicals it contains tends to mimic certain body hormones in humans. Hormone therapy is a frequent first line of defense for issues related to skin health, but there are numerous side effects and efficacy levels for conventional treatments. By working within the body rather than without, sarsaparilla may, in fact, be an excellent replacement for pharmaceutical and other synthesized medications.

Throughout history, medicinal plants have found their way into culinary use. This is particularly true of sarsaparilla. ‘Sarsaparilla’ is the name of a soft drink very similar in flavor and color to root beer. Both, in fact, use the roots or rhizomes of medicinal plants to acquire their characteristic taste. Sarsaparilla beverages are still trendy in nations like Jamaica, and are even consumed in the United States.

Sarsaparillaâ€™s unique and pleasant taste makes it a natural flavoring agent. Itâ€™s unclear how much of sarsaparillaâ€™s healing aspect is left over after the cooking methods necessary to turn it into tasty food, but itâ€™s easy to understand how working from natural healing ingredients (rather than inorganic flavor sources) could yield more nutritious everyday foods like soft drinks.

If you are interested in taking sarsaparilla, you have some avenues to explore. Sarsaparilla supplements come in many forms: powders, tablets, tinctures, snacks, etc. You may also choose to grow your own sarsaparilla, for its beauty and for the unique properties of nearly all parts of the plant. Science may not completely understand how sarsaparilla works, but this doesnâ€™t mean that it is free from beneficial effects. The only way to know for sure is to try it for yourself!