You are here: Home › Our Blog › Probiotics & Anxiety – Does Good Mental Health Start with Better Digestive Health?
By Theresa Groskopp, CN on January 26, 2015 in Health News

You may have heard that the way to a man’s heart is through his stomach.

That’s just a folksy saying – but what you’re about to discover is based on science – and it could change the way we think about health.

Eye-opening research suggests a direct connection between your tummy and your mind. It seems that a healthy and balanced digestive system may be quite important to your mental health.

In particular, studies show that probiotics, which promote proper levels of “friendly bacteria” in the gut, could help people deal with anxiety, depression and many other mental concerns.

A Quick Primer on Probiotics 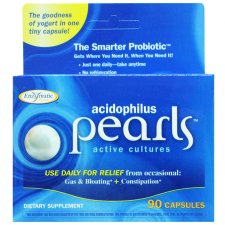 If you need a little background on probiotics and their purpose in your body, here are some basic facts…

We all have tons of bacteria in our gastrointestinal tracts. When we say tons we mean like trillions and trillions of micro-organisms. The average adult has three to five pounds worth of bacteria in their gut. Some of it is potentially harmful, but the majority of it actually benefits good health.

Sometimes the balance of bacteria in your digestive system gets thrown off from too much stress, processed carbohydrates in your diet, or after youâ€™ve had some sort of bacterial sickness. Â Another common reason why gut microflora becomes imbalanced is the use of antibiotics. While they’re great at targeting harmful bacteria, antibiotics also take out the good guys.

Probiotics can help restore your body’s balance of good bacteria by replenishing it with live organisms while also encouraging growth of even more beneficial bacteria.

The most common reason people use probiotics is to deal with digestive issues. It could help with conditions like Irritable Bowel Syndrome (IBS), constipation, and diarrhea caused by a bacterial or viral infection.

However, it seems probiotics can do much more than make digestion healthy and comfortable. For one thing, probiotics appear to have an important impact on your immune system. They’ve also been shown to improve certain skin issues and help maintain urinary tract as well as vaginal health.

What the Research Revealed

The idea that our brains and digestive systems are connected isn’t exactly what’s new. For one thing, we’ve known for some time that there is a part of the nervous system called the vagus nerve. It runs from the brain to the abdomen and seems to regulate both the heart and digestive tract.

So this might explain why we get upset stomachs when we’re stressed out. But could it work both ways? Could digestive issues be causing anxiety? Could a healthy GI tract from probiotics promote healthy brain activity?

In 2012, Psychology Today ran an article about the Human Microbiome Project, which conducted research on how the bacteria in our bodies might communicate with our brains.

One particular study involving mice found animals that received probiotics seemed to be less stressed than mice in the control group.Â  More specifically, the probiotic test subjects released less corticosteroid in response to stress. This is important because elevated levels of stress hormone could lead to anxiety and depression as well as other health complications – like heart disease.

Slightly more recent studies have involved humans instead of lab rats, and the results have been similar. In 2013, UCLA researchers released findings of a study involving healthy women who consumed probiotics.

It found “women who regularly consumed beneficial bacteria known as probiotics through yogurt showed altered brain function, both while in a resting state and in response to an emotion-recognition task.”

The women in the study were shown images of angry or frightened faces while functional magnetic resonance imaging (fMRI) scans monitored the participants’ brains for certain responses.

Women with probiotics in their diets showed decreased activity in regions of the brain that regulate emotion, cognition and sensory processing when presented with the stress-inducing imagery. The other women remained stable or actually showed an increase in that sort of brain activity.

In 2014, scientists from around the world gathered in Washington, D.C. for a symposium called “Gut Microbes and the Brain: Paradigm Shift in Neuroscience.” Various studies were presented that support theories of a connection between the gut and brain.

For instance, a study from England’s University of Oxford tested 45 people between the ages of 18 and 55. Participants took either a prebiotic or a placebo over three weeks. (Prebiotics are essentially food for probiotics.) Then those people took computer tests, which evaluated their responses to emotional information – such as positive and negative words.

Oxford researcher, Phillip Burnett, says people in the prebiotic group had “less anxiety about negative stimuli” than those in the control group. 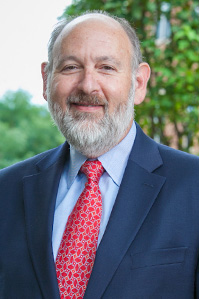 All this mounting evidence certainly suggests there’s something to the gut-brain connection. But there is also a growing number of stories about people who’ve overcome mental health issues after straightening out their digestive problems first.

A psychiatrist from Boston recently spoke about some of his experiences with ABC News. Dr. James Greenblatt is not an alternative medicine practitioner, but he does believe in integrative medicine.

He tells a story about one particular young woman who came in suffering from symptoms of OCD and ADHD. Her parents were frustrated because traditional medications had not been helpful. Interestingly – the woman Greenblatt calls “Mary” also had a bunch of digestive problems.

Dr. Greenblatt ran some tests, which found Mary had high levels of a chemical byproduct that comes from a harmful type of intestinal bacteria. He had her start taking potent probiotics along with antibiotics and claims her OCD and ADHD symptoms began to disappear after six months. Today – she has no signs of the disorders.

Greenblatt states he has treated hundreds of his psychiatric patients for dysbiosis – which is an imbalance ofÂ  microbes in and on the body. He says about 20% of his patients have this issues – and all that’s needed to identify it is a simple urine test.

“I don’t know why this test isn’t done on every psychiatric patient,” Greenblatt told ABC. “I question that every day.”

Why This All Makes So Much Sense 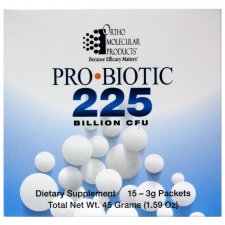 If your mental and emotional well-being can affect your digestive health – it’s entirely possible that the reverse is also true.

We know that the different systems in the human body are intricately connected. If your digestive tract can play a role in your immune system strength, why not brain function and mental health as well?

Those of us promoting natural health centered around good nutrition are not surprised at all by the findings detailed in this article.

Still – it is very encouraging to see mainstream medicine leaning towards acceptance of probiotics and improved health.

An informational article about probiotics – labeled as “medically reviewed by a doctor” – had this to say on the website Medicine.net.

“Research has shown that the network of neurons lining our guts is so extensive that it has now been nicknamed our ‘second brain’ or ‘other brain.’ This gut ‘brain’ doesn’t think for us, but it does play a key role in certain diseases and communicates with the brain in our skulls.”

What’s most-exciting is that all this research could provide answers to some of the extremely perplexing mental health issues that plague people and their families. In addition to easing anxiety and depression, possibilities include hope for more serious things like autism, ADHD, bipolar disorder and schizophrenia.

As always – it’s important to remember that a probiotic is not a magic bullet or a miracle pill. Everyone’s body is unique and people respond differently to different things.

But more and more health experts are beginning to agree that taking probiotics could be beneficial to certain mental health patients. In fact, taking a probiotic could be a smart idea for just about anyone looking to maintain optimal health.. Talk to your healthcare practitioner about the possibilities.