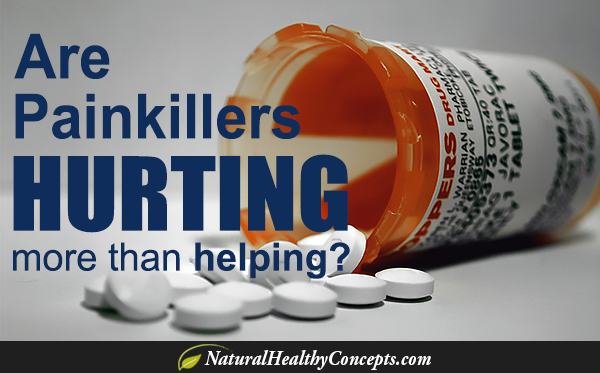 When the CDC describes prescription painkiller abuse as a “deadly epidemic” – you know this country has a problem. They even call it the worst drug epidemic in our nation’s history.

What starts as abuse can lead to dependency, then to addiction, and all too often – painkillers are connected to death because of an overdose.

Between 1999 and 2008 – reported painkiller overdose deaths more than tripled. A CDC report from July 2014 estimates that 46 people a day die from overdosing on prescription pain meds in the United States. That’s almost two people who die every hour.

And the situation is only getting worse.

According to the National Institute on Drug Abuse – it’s estimated that one out of every 15 people taking prescription painkillers for non-medical reasons will try heroin within the next 10 years.

It happens because of an ongoing desire to get that high, which becomes harder and harder as the addict’s tolerance gets higher and higher. Some have even gone as far as calling the over-prescribing of opiates – legal heroin dealing.

No longer do young people need to find marijuana to get a high. They just need to open up their parent’s medicine cabinet and swallow a bunch of pills.

Unfortunately, potent painkillers like Oxycontin, Vicodin and other synthetic or semi-synthetic opiates could be described as an ideal way to hide a drug problem from others. That’s according to addiction researcher Traci Rieckmann of Oregon Health and Science University. As she told the NY Times, â€œThereâ€™s no paraphernalia, no smell. Itâ€™s the perfect drug, for many people.â€

It has been said that the late actor, Phillip Seymour Hoffman, struggled with painkiller abuse in recent years. He had reportedly been free of a heroin habit for two decades – but lost his life in an apparent accidental overdose in 2014.

Authorities say he died from a mix of heroin, cocaine, benzodiazepines and amphetamine. Friends said they thought he had his drug problem under control. They were wrong.

Hoffman left behind three young children, and he forfeited an impressive career as one of the most respected actors in Hollywood.

So How Does a Painkiller Overdose Happen?

At first it seems strange that something considered medicine, something your doctor might prescribe to you, could be so dangerous and potentially deadly.

I will let the CDC describe how painkiller dependency and addiction occurs and how it leads to overdosing:

A person who is abusing prescription painkillers might take larger doses to achieve a euphoric effect and reduce withdrawal symptoms. These larger doses can cause breathing to slow down so much that breathing stops, resulting in a fatal overdose.”

The Responsibility of Doctors & Healthcare Professionals 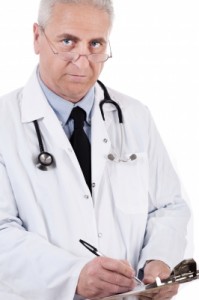 One place where we should begin looking to solve this problem is the point where these drugs are prescribed.

In 2012, the CDC reports that U.S. doctors wrote 259 million prescriptions for pain medication. That’s enough for every adult in America to have their own bottle of pills.

Yet it is also clear that many people are not using pain pills to deal with a specific health condition. According to a 2010 survey, 12 million Americans age 12 and older said they’d used prescription painkillers for non-medical reasons in the last year. That’s 1 out of every 20 people in the country basically abusing these drugs.

The CDC says almost all those misused medications originally come from prescriptions – not pharmacy robberies. The center says most of those prescriptions come from primary care physicians and dentist – not specialists.

Interestingly – the 80/20 rule seems to apply to this situation. Statistics show about 20% of physicians are writing out 80% of the painkiller prescriptions. It seems pretty clear that one of the first steps should be dealing with these doctors who are likely over-prescribing.

Thankfully, there are also people in the medical field working to make a positive change. Dr. Andrew Kolodny, president of Physicians for Responsible Opioid Prescribing had this to say in a recent interview.

“The way to turn this epidemic around is for doctors to prescribe painkillers more cautiously.”

In addition to that, Kolodny believes the FDA’s efforts in regulating pain medications have fallen short. He’s part of a group calling for labeling on prescription painkillers to be changed. So instead being labeled for “moderate to severe pain,” it would be intended for severe pain only, and the medical community in turn may be more cautious when prescribing pain meds.

Dr. Kolodny is also openly critical of a law known as the Prescription Drug User Fee Act (PDUFA). This law allows the FDA to collect fees from drug-makers to fund the drug approval process. In a Q&A with MedPageToday.com, Kolodny explained why he feels it creates a conflict of interest.

“I can see why this law seemed like a good idea when it was passed in 1992, but over time it transformed the relationship between FDA and the pharmaceutical industry. FDA should not be taking money from the companies it needs to regulate. I believe that PDUFA has seriously compromised FDA’s mission. And it’s one of the reasons we’re now seeing FDA put the interests of drug companies ahead of the public’s health.”

Reduce Dependency and Reduce the Chance for Addiction

Some people form a dependency on prescription pain medication because they first develop a tolerance to the drugs. The medicine isn’t as effective as it once was – so the dose is increased.

This creates a major problem for people struggling with chronic pain. Those medications could be helping them live their day-to-day life. But at the same time – they fear the possibility of getting addicted.

Perhaps the biggest problem is that painkillers don’t solve the problem of pain – they only cover it up – blocking the signals that go to your brain. Many doctors will admit that conventional medication is not the answer to long-term pain management.

Dr. Kolodny says “the bulk” of painkiller prescriptions are unnecessary and that they are often “ineffective in treating long-term pain.”

Another point he makes is that the medical community tends to separate people into two groups – recreational abusers and those using pain meds for apparently legitimate medical reasons. However, Kolodny’s concern is that the results can be dependency or addiction in both cases.

Watch the two videos below to hear stories of Oxycontin struggles from two different people. One was being prescribed the pills by her doctor, the other became an addict while abusing the drug.

If you’re a doctor, it’s understandable that you feel the need to help your patients manage pain. And if you’re the one in pain, you obviously want to find relief.

One option to help with pain management may be certain dietary changes as well as vitamins or supplements. It’s believed some types chronic pain could be caused by specific nutrient deficiencies. For instance, some people with fibromyalgia see quality of life improve when they switch to a vegetarian or vegan diet. 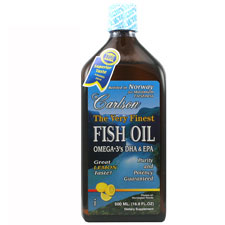 There are also natural health products formulated to support relief of certain types of pain. Nutrients like glucosamine sulfate and chondroitin sulfate have been shown to help ease joint pain from osteoarthritis.

Scientific studies back up the claim that the Omega 3 essential fatty acids in fish oil can benefit people with certain pain issues. That includes a 2006 study from the University of Pittsburgh, which also found fish oil supplementation caused no side-effects.

Another natural anti-inflammatory that a growing number health experts recommend comes from the common spice turmeric. A component of turmeric known as curcumin is helping many people manage different types of pain.

One of the most popular curcumin supplements available comes from Terry Naturally. It contains a highly bioavailable type of curcuminoid known as BCM-95 curcumin – which is more easily absorbed in the body.

Terry Naturally’s Curamin supports a healthy response to inflammation while also providing antioxidant protection. Read the testimonials connected to this product. You’ll find people who claim that it has helped them deal with back pain, nerve pain, arthritis issues and more.

Other alternatives include chiropractic help, physical therapy, massage and acupuncture. Talk to your doctor about what options could be beneficial to you. Don’t be afraid to let a healthcare professional know if you have concerns about painkiller addiction or dependency.

If you already fear you are dealing with dependency or addiction to prescription painkillers – talk to someone. There are prescription drug recovery hotlines you can call that may help.Â You may not be in actual physical pain – but addiction is a sure sign of other problems in your life that need to be addressed.

Of course, there may be times in your life when prescription painkillers are helpful in the short term – perhaps when recovering from surgery or after a painful injury. But more and more people are coming to the realization that these drugs should not be a long-term solution.

At Natural Healthy Concepts – we believe your health is the best investment you’ll ever make in life. That’s why we encourage you to choose wisely when it comes to pain management.

Get more on Ryan’s Free From Hell blog.

Workout Wednesday: The CrossFit Helen WOD
13 Natural Ways to Get Asthma Relief – And Even Avoid It Completely