You are here: Home › Our Blog › New Year Help for Breaking Bad Habits
By Theresa Groskopp, CN on December 21, 2012 in Health News 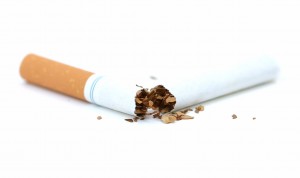 When you decide to break a bad habit, it helps if you find something healthier to fill the void.

OK, 2013 is looming and no doubt your mind will soon be turning to some bad habits you want to leave behind in 2012.

Losing weight, quitting smoking, cutting back on the booze, and doing more than simply collecting gym memberships will feature high for many. But it may well be name dropping, gossiping, or something else from the eclectic menu of bad habits.

But how do we stop ourselves from giving up on these promises before our feet hit the floor on January 1, so we can get off to a good start in 2013.

And why do we pick up so many bad habits anyway?

Why We Have Habits to Begin With

Well, believe it not, habits may be important to our health. Dr Nora Volkow of The National Institutes of Health says: â€œWe wake up every morning, shower, comb our hair or brush our teeth without being aware of itâ€¦ When behaviors become automatic, it gives us an advantage, because the brain does not have to use conscious thought to perform the activity.â€

So our habits free up our brains to work on otherÂ  things.

Habits that are not so good for us, unfortunately, form the same way and can be hard to quit, especially when they trigger our brain’s â€œrewardâ€ centers.

Overeating, smoking, drug or alcohol abuse, gambling, and compulsive use of blogging or social media may actually stimulate our brains into releasing dopamine, contributing to a sense of euphoria. And this makes a habit very difficult to quit.

However, all is not lost, for we have willpower. You can think of your willpower as a muscle. The first time you use it, it may be drained afterwards and ill-equipped for another round of temptation.

However, overtime it strengthens and becomes a strong ally in your efforts to change habits.

One habit at a time and keep it simple

In a piece for pickthebrain.com, Scott Young suggests our habits make us who we are, and the key is controlling them.

For the ambitious of you out there who have a laundry list of habits you want to break, he has some simple advice: Focus on one change for thirty days. He says this will give it sufficient time to become a new, more positive habit.

Another great tip he suggests is “keep it simple.” Committing to working out for 30 minutes a day is better than scheduling a long list of activities during the week, from yoga to mountain biking.Â  He says: “Simple rules create habits, complex rules create headaches.”

And before you can even start to break a bad habit, you have to understand why you do it â€“ under what circumstances and how are you feeling at the time. This helps you establish a baseline, on which you can start to improve.

And if you really want to change, maybe a little writing could help. List out the pros and cons of quitting the habit, so you can see in black and white what’s in it for you.

And share your habit and your determination to change with friends and your wider support network. Getting it out there will reinforce your commitment to achieving your goal.

Next, rather than going cold turkey, consider a little bait and switch — think about something positive you do in place of the habit you are looking to kick â€“Â  something with the same reward.

In his piece, How To Change a Bad Habit Into a Good One, John Richardson tells a great story about an office worker who had the habit of leaving his cubicle at 3.30pm every day to buy a cookie from the canteen and chat with staff. Over time, this habit was contributing to some unwanted weight gain.

After much experimentation, the employee came to appreciate that conversation was his real motivation for leaving his cubicle — the trigger. So, he changed his habit: At 3.30pm he would spend a few minutes chatting to colleagues in their cubicles â€“ the result, a 12lb drop in weight, well done.

The lesson learned, according to Richardson, is:Â  To change a bad habit, you simply keep the old cue, and the old reward, but change the routine.

Don’t Set Yourself Up to Fail

However, be realistic about what you replace your habit with. In a piece for the LA Times, Tips on breaking bad habits, Karen Ravn also suggests that if you replace a bad habit with an unpleasant one, for example, cod liver oil for ice cream, you are probably setting yourself up for failure.

So when they start, push the eject button and try and think some positive thoughts.

So you love to shop â€“ but you can’t keep it in check. Well, think about avoiding the mall. Situations drive your habits, so try and avoid the most tempting situations.

When you are trying to quit a bad habit make sure you know your goals, and don’t be afraid to reward yourself when you achieve short and long-term targets.

But above all, appreciate that you are only human, so don’t be too hard on yourself if you slip back into old ways. Have another go, with the lessons from the slip up on board.

Finally, good luck with those New Year’s resolutions â€“ hardly original, but I am targeting a little weight loss myself!

How To Change a Bad Habit Into a Good One, by John Richardson

Breaking Bad Habits, Why Itâ€™s So Hard to Change, by National Institutes of Health

6 Steps to Breaking Bad Habits, by The Change Blog

Top Things We Wouldn’t Miss if the World Ended on December 21, 2012
Get on the Path to a Healthier New You With Realistic New Year’s Resolutions That Last!