You are here: Home › Our Blog › Discover the Natural Pain Relief Supplement that Helped a Pro Football Player
By Theresa Groskopp, CN on April 17, 2014 in Health Challenges 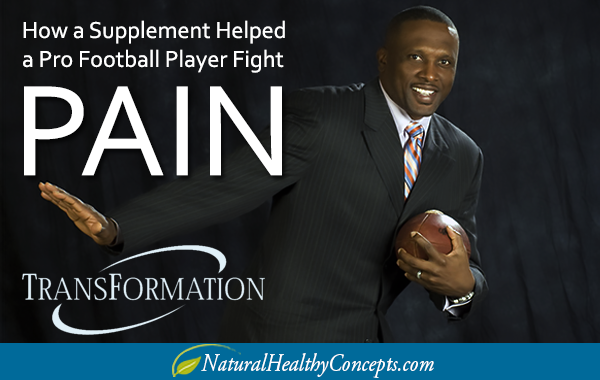 When you play 17 years in the NFL as a wide receiver – you’re guaranteed to take your share of big hits. That can mean dealing with plenty of pain.

Tim Brown is a Heisman Trophy winner, nine-time Pro Bowler and a future NFL Hall of Famer. He’s considered one of the best receivers to play the game – and he understands the pain of football.

But at the end of his prolific career with the L.A./Oakland Raiders and Tampa Bay Buccaneers, Tim Brown made an important discovery. A discovery that it’s safe to say changed his life for the better.

A Long Career and a Lot of Pain to Manage

The Raiders drafted Tim Brown in 1988 and he retired in 2005. That’s quite the run for a wide receiver. So it’s no surprise that some of the team and NFL records Brown holds are for things like being the oldest player to return a punt for a touchdown or have more than 12 receptions in one game.

But Brown started having pain issues after getting injured early in his career. In 1989, he “tore up his knee.” After that, he needed to take a painkiller every day in order to function. He took those pills for 15 years, because that’s what a doctor told him to do.

But now…Brown says he hasn’t taken even a single Advil since 2004.

Yes, his playing career is over. However, as we’ve heard from many retired football players, there are still health issues – including chronic pain from injuries – that stick with you after you leave the game.

So what happened? Tim Brown discovered some beneficial anti-inflammatory supplements from Transformation Enzymes.

A Natural Pain Solution That Worked Like a Pro

Brown says he knew the drugs he was taking could lead to health problems. He also admits that he’d always been skeptical about trying supplements, and chose to listen to the advice of the NFL and his doctors, only taking what they prescribed.

“I was always afraid that something bad was in the supplement that people didn’t know about. So, I knew that the pharmaceutical products could hurt me, you know? Damage my liver, kidneys and all that stuff…I was on my way to being like a lot of these others guys, taking a whole bunch of stuff, and having to deal with the consequences of doing that “

During his final season as a pro-football player, Brown received a Protease supplement from Transformation Enzymes that was formulated to help fight inflammation, reduce muscle soreness and improve recovery after a workout.

But before he even opened the bottle, he sent the supplement to experts with the NFL so they could evaluate the product.

Turns out the supplement did help…

After just a few days of taking the Protease supplement, Brown says he was “blown away.” He started noticing that he wasn’t as sore and stiff after his intense workouts. Throughout his last season in the NFL, Brown was able to use less and less of the pain medication he had been taking. He believes the supplements even allowed him to keep playing after he injured his thumb that year.

And that’s not the only benefit he discovered…

“The one thing I loved about Transformation was that, first of all, the products were all-natural, and I didn’t have to worry about putting more junk into my system. And second of all, the possibility of the product helping to clean out some of the things that were in my system already.”

Brown knew that the drugs he’d been taking meant his body needed to be cleansed. That’s why he also started taking other supplements to help him detoxify.

Prescription pain medications have become a big problem for some athletes – both active and retired. Former NFL quarterback Ray Lucas told CBS about his addiction to prescription opioids that caused him to go broke and nearly ruined his life.

ESPN recently took a look at the issue of painkiller addiction in the NFL as well. They conducted a study with Washington University in St. Louis, which found retired NFL players abuse prescription painkillers at four times the rate of the general population.

“The trainers and the doctors used to go down the aisle and say, ‘Who needs what?’ If you had something hurting and needed a painkiller to take the edge off so you could sleep that night, they made sure you had it.”

Turley also said some players would buy thousands of pills at a time – including Vicodin, Percocet and Oxycontin. 62% of NFL players admit to getting painkillers from a non-medical source.

Tim Brown is thankful he doesn’t have to deal with a devastating addiction like that.

Instead – he is thriving in life after football. He has a television gig on FSN Pro Football Preview, and hosts a weekly sports-talk radio show. Brown is also General Manager and co-owner of an Indoor Football League team – The Texas Revolution. 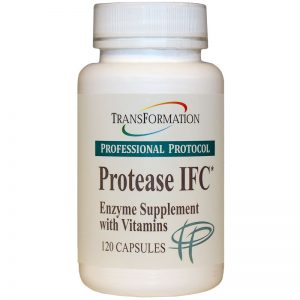 Plus, he spends his time promoting Transformation Enzymes’ products, because he knows they can make a difference in the lives of others.

You can find Transformation Enzymes supplements at Natural Healthy Concepts – including the Protease IFC that helped Tim Brown fight pain and inflammation.

You will also find many other natural pain relievers and anti-inflammatories. That includes popular choices like Curamin from Terry Naturally.

More Resources on Pain from the NHC Blog