You are here: Home › Our Blog › The Potential Benefits of Mucuna Pruriens Powder
By Theresa Groskopp, CN on January 2, 2018 in Nutrition Supplements 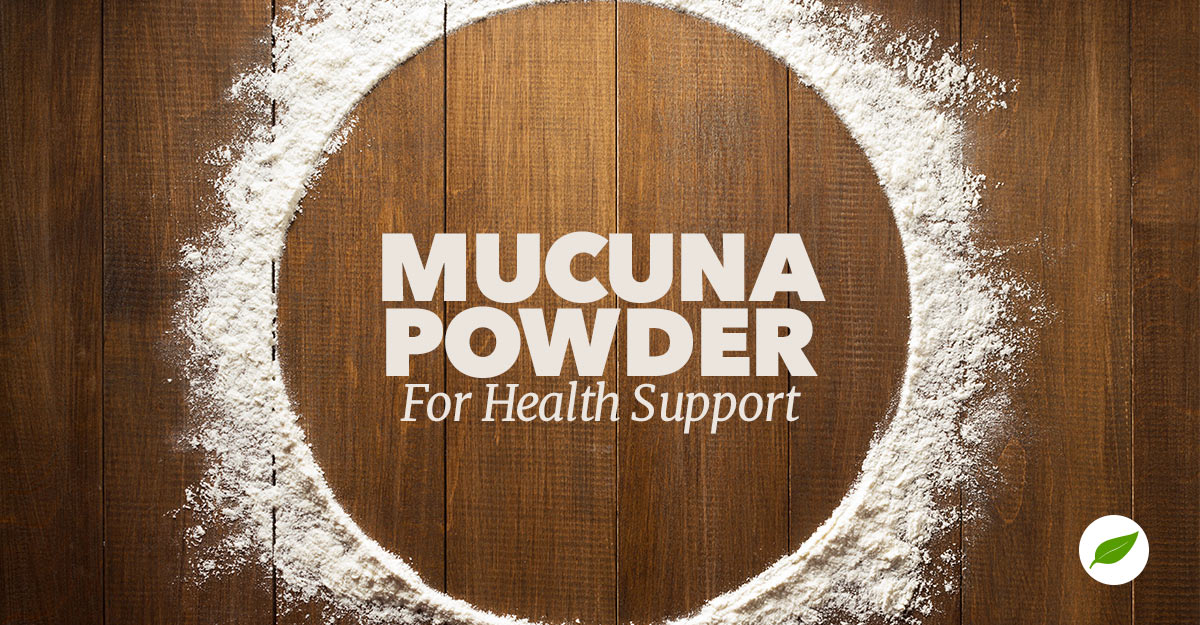 Mucuna pruriens powder may offer a number of potential benefits to support your health. Learn about the benefits here!

Throughout the subtropical regions of the world, grows a creeping plant with a rather unusual appearance. This vine goes by many names including velvet bean, cowage, kapikacchu, atmagupta, and others. Its most common, Latin name is Mucuna pruriens, and it originated in India and China centuries ago. For more than 1,000 years, practitioners in India have touted the beneficial, healing power of this plant and its distinctive, furry bean pods. Over the past few decades, Mucuna pruriens has been gaining popularity in Western medicine. Studies show that implementing Mucuna pruriens powder into your daily routine may provide a natural support for the digestive, nervous and reproductive systems. Read on to learn more about how Mucuna pruriens could support you on your journey to a healthier lifestyle.

What Is Mucuna Pruriens Powder?

Mucuna pruriens is a climbing plant with flat green leaves and furry, distinctive bean pods which hang from the plant in clusters. The fuzzy hairs on the outside of the beanpod can be rather itchy, earning it the ancient sanskrit name Kapikacchu, because touching the pod hairs could cause you to â€œitch like a monkey.â€ Once you get past the itchy husks, the legumes or â€œbeansâ€ inside are high in protein and come in both black and white varieties. Mucuna pruriens has long been used in eastern Ayurvedic medicine to bring balance to all 3 dosha types: pitta, kapha, and vata.

Mucuna pruriens powder is often taken to promote mental clarity and focus. Itâ€™s a significant source of L-dopa, which is a precursor to dopamine and may support healthy brain function. It is regarded as an adaptogen, which is an herbal supplement known to balance healthy processes and assist the brain as it responds to stress.

Many recent studies of Mucuna pruriens powder involve the natural treatment of nervous system disorders. Scientists reported that taking Mucuna pruriens powder may be helpful in helping the body protect itself against involuntary tremors. When it comes to bringing mood balance, Mucuna pruriens has also been studied and shown to produce â€œa specific antidepressant-like effect in acute and chronic models of depression.â€ However, more research is needed to support this claim.

May Support a Healthy Reproductive System

May Support the Digestive System

Mucuna pruriens is often used to to bring balance to an out-of-sync digestive system. It may promote healthy elimination function and could also balance blood sugar levels already in the normal range.Â

How To Take Mucuna Pruriens Powder

Mucuna pruriens is generally taken in capsule form and should be ingested once daily for optimal cognitive balance. These supplements may also promote a healthy internal response, potentially leaving you with energy, focus, and a sharper response to stressful situations.

Shop NaturalHealthyConcepts.com forÂ Mucuna pruriens powder and see if it makes a difference to your health!

Have you experienced the many potential benefits of integrating Mucuna pruriens powder into your supplement routine? Share your questions, comments and experiences with us in the comments section below. Â