You are here: Home › Our Blog › Milk Thistle Seed Uses and Potential Benefits
By Theresa Groskopp, CN on April 16, 2018 in Nutrition Supplements 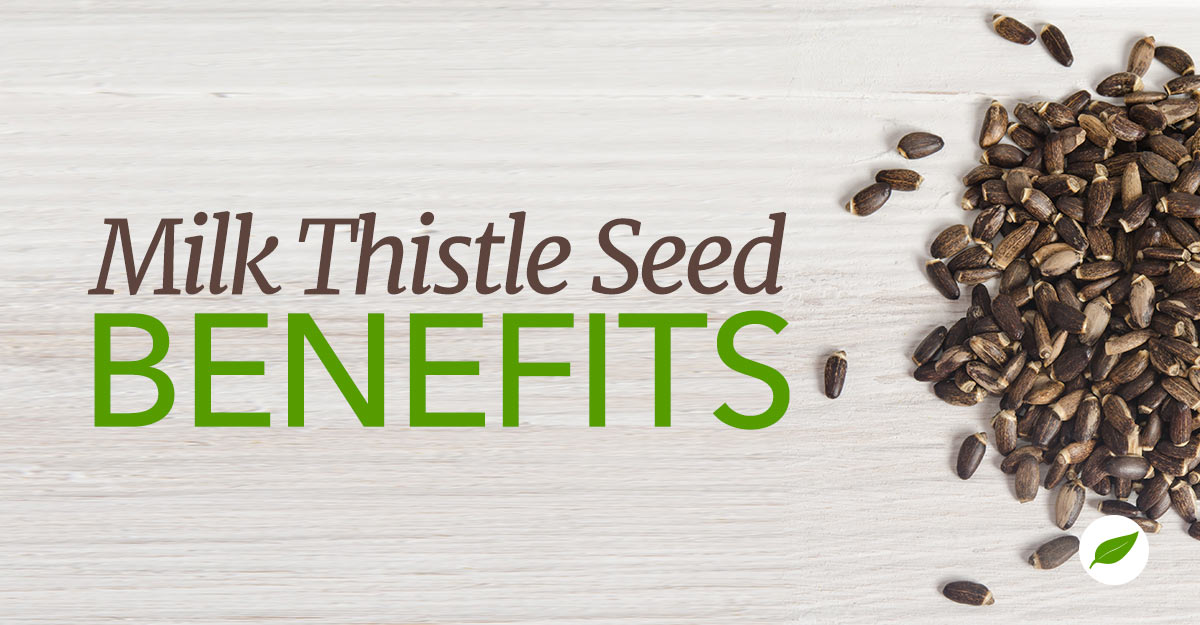 If you think about the Mediterranean Basin, you might be thinking vacation and not medicinal herbs. Yet milk thistle, which shares the same plant family as the sunflower and daisy, is an herb native to the Mediterranean Basin with a centuries-long history of medicinal uses. The fascinating blue- or red-petaled flower releases a sticky, milky liquid when its leaves are crushed. But itâ€™s inside the seed where its potential medicinal benefits await.

Milk thistle seed contains the active ingredient silymarin. This chemical is a group of flavonoids that are thought to support liver health. These flavonoids may help rebuild damaged liver cells as well as protect liver cells from being damaged by toxins. Milk thistle seed is malleable as it can be taken as a powder, capsule, or even sometimes as a tea.

Milk thistle seed is commonly used for liver detoxification thanks to its active constituent silymarin. When it comes to studying liver diseases, milk thistle is given the most attention. As a supplement it is also taken to combat the physical discomforts experienced from drinking too much alcohol. This is backed by research that suggests silymarin stimulates the function of enzymes responsible for the detoxification properties in the liver.

Studies show that silymarin will stabilize cell membranes that will help prevent toxic chemicals from entering cells. Silymarin has also been known to neutralize free radicals. Free radicals are considered to be unstable molecules with the potential to damage important molecules such as DNA, lipids, and proteins. Considering the potential protective properties for liver health, itâ€™s no wonder why silymarin is used to treat certain liver related diseases.

Your liver is vital to many bodily functions including protein production, blood clotting, and iron metabolism. Those experiencing liver dysfunctions have been given milk thistle and studied to try and evaluate the link between the herb and health issues. But these reports suggest there is not enough evidence to find milk thistle effective in addressing liver complications. It is more accurate to consider silymarin as having â€˜hepatoprotectiveâ€™ properties, meaning it may support an already healthy liver.

Milk thistle seed can aid digestive health by supporting the pancreas and gallbladder. Milk thistle seed is often taken for its relationship with insulin production in the pancreas. In fact, many studies have looked at the connection between insulin and silymarin exclusively. Milk thistle has been shown to improve insulin resistance. When insulin resistance occurs muscle, fat, and liver cells do not respond properly to insulin. This puts a strain on the body as glucose is inhibited from being easily absorbed into cells. Â

Milk thistle seed can offer detoxification support for the gallbladder as well. The herb has been said to protect against blockages from occurring in the gallbladder. Blockages can occur in the gallbladder for various reasons. People with a poor diet or an excess of cholesterol may be at risk for blockages. Having a healthy functioning gallbladder is necessary for proper bile flow from the liver.

While milk thistle is most often taken for digestive health, the herb is said to benefit aspects of heart health as well. Milk thistle has been shown to lower LDL (low-density lipoprotein) cholesterol levels. While not all cholesterol is bad, LDL cholesterol is not desirable because it can become a part of plaque, the substance that leads to arterial blockages.

Other than rare instances of side effects, milk thistle seed is considered safe. Those who are allergic to ragweed should avoid milk thistle. In rare occurrences, the herb has been known to have an undesired estrogen-like effect.

Milk thistle goes by many monikers, including holy thistle, Mary thistle and Scotch thistle. Whatever you call it, consider milk thistle seed if you are looking for a natural means of supporting digestive or heart health.

Why Are People Drinking Milk Thistle Tea?
The History and Science Behind Sarsaparilla Benefits