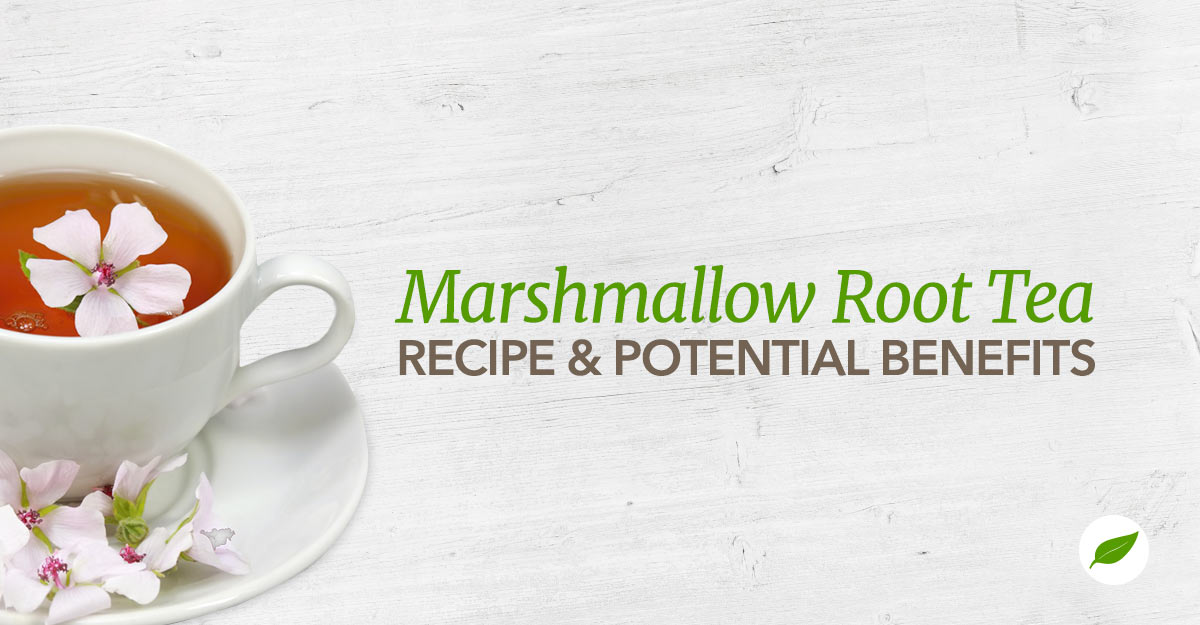 There are few things worse than an underperforming respiratory system. It can be tough to concentrate on the task at hand when your chest is wracked with irritating coughs. And the stares from your coworkers or fellow bus riders arenâ€™t that great, either. Rather than reach for yet another drug store pill, how about trying an herbal alternative?

The tea gives a coating sensation to the throat that is thought to support respiratory health. The herb is sometimes used as a topical agent on the skin, including itching and burns, although its effectiveness warrants study. Marshmallow root has also been used as a digestive agent. It is possible that marshmallow root tea could support these areas as well.

Support for Respiratory and Digestive Health

Marshmallow root contains mucilage, a substance commonly credited with giving the herb the ability to coat the inside of the body, which may be useful for daily or seasonal challenges. Part of how the herb provides this supports is that it helps to ease feelings of discomfort in tissues, particularly in the respiratory tract.

In addition to helping maintain healthy airways, the herb may also support digestive system health. Marshmallow root is said to support the alimentary canal, which is the overall process where food enters the body and exits it.

Just as it aids with respiratory and digestive health, the concentration of mucilage in marshmallow root is part of the reason the herb can promote skin health. Marshmallow root has been used for a wide range of purposes related to skin health. These uses include temporary relief from discomfort associated with insect bites, chapped skin, and infected areas of the skin.

Another way it helps the skin is through Ceramide precursors, which supports skin hydration. Additionally, mucilage and ceramide are thought to promote hair health.

When it comes to marshmallow root tea one always has the option of getting a premade product, but making the tea yourself can be an educational experience. If you are going for just the potential benefits of marshmallow root, one recipe calls for one tablespoon of cut and sifted marshmallow root to 1.5 cups of water. The suggestion is to simmer the herb for 20 minutes, then strain before drinking. For those wanting to flavor their concoction, a little bit of honey or agave nectar goes a long way.

Another option for making marshmallow root drinkable is by creating an infusion. This method usually involves a mason jar, filtered water and a specific amount of the herb. One recipe calls for four tablespoons of marshmallow root to four cups of filtered water. Both ingredients are refrigerated in a sealed jar overnight. When the brew is ready, you may want to sweeten it with stevia powder to taste. Such an infusion has been touted as offering temporary relief from occasional intestinal agitation.

Drinking a home-brewed herbal tea can be a fun way to add some extra support for your respiratory and digestive health. Even if itâ€™s store bought, a hot cup of marshmallow root tea can be Â a delicious way to give your skin some extra attention. Next time youâ€™re experiencing a summer ailment, perhaps youâ€™ll consider the refreshing option of sipping on marshmallow root tea over ice.