You are here: Home › Our Blog › Marshmallow Root Hair and Skin Products: Benefits and Uses
By Angela Halderson, RD on May 19, 2018 in Natural Cosmetics, Nutrition Supplements 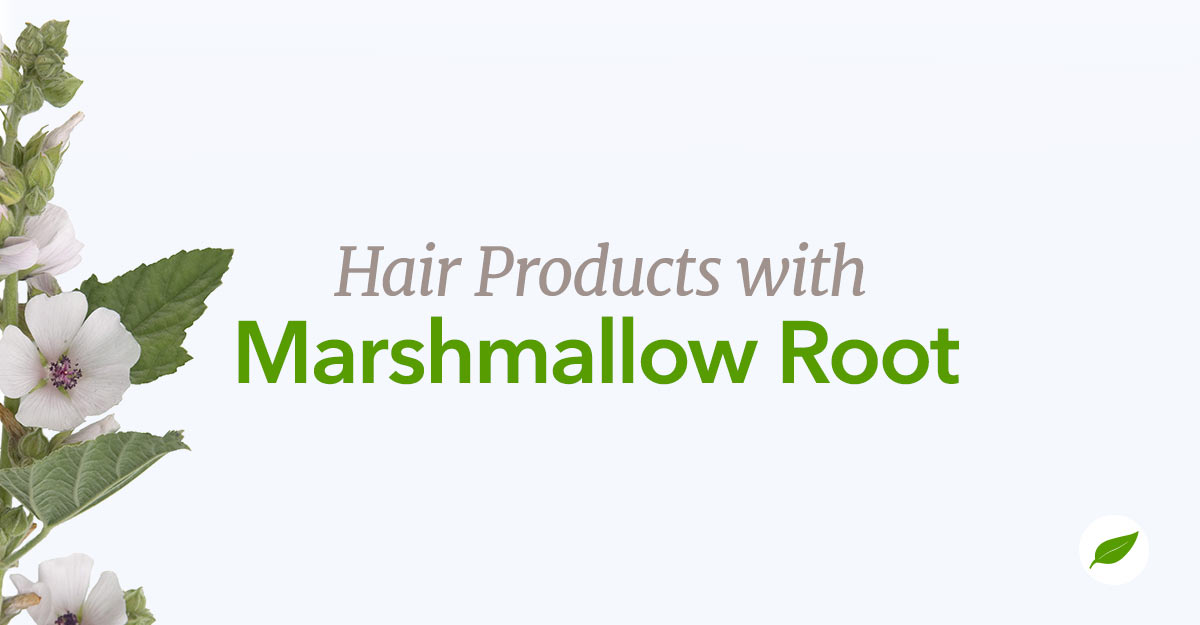 If someone told you to put marshmallow root in your hair, what would you think? You might be picturing a sticky, sugary mess, wondering why anyone would suggest putting a treat usually associated with sâ€™mores or hot chocolate in your hair.

Marshmallow root hair products are a real thing, but the name is a little misleading. Marshmallows (the white, puffy, sugary treats youâ€™re picturing) did indeed originally come from the roots of the marshmallow plant. In fact, ancient Egyptians were enjoying marshmallows back in 2000 B.C.

The marshmallows you eat today probably donâ€™t come from the actual plant. Today, the recipe and process have been automated to allow for mass production. The marshmallows you enjoy are probably made from gelatin instead of marshmallow sap (along with ingredients like corn syrup, gum, sugar, food starch, and/or egg whites).

While the candy marshmallow no longer contains any actual marshmallow root, marshmallow root is still used as a source of both food and medicine. Some of its historical uses are based on a substance excreted by its roots and leaves: a sticky substance known as mucilage, which can be combined with water to form a gel that can coat the throat, stomach, and even skin. Because of this property of mucilage, it has a history of being used to soothe sore throats, calm chapped skin, or reduce stomach irritation.

Marshmallow Root And The Respiratory System

While â€œmost of [marshmallow root]â€™s suggested uses come from a long history of use in traditional healing systems,â€ recent studies support the use of marshmallow root to help provide temporary relief from occasional discomfort in the mucus membranes of the throat and lungs.

There appears to be support for marshmallow root as a natural way to support respiratory and throat health, and to help ease discomfort in the membrane of tissue. But does it have any benefits for the hair? In an interview with the Huffington Post, board-certified dermatologist Rebecca Baxt confirmed that marshmallow root is often an ingredient in hair care products.

â€œIt [marshmallow root] has a flower, leaves and a root, and is found in stores usually as a tincture, extract, capsules or tea leaves. It is sometimes added to skin and hair care products,â€ she explained.

The reason for that, according to herbalist Richard Mandelbaum, is that marshmallow root has â€œhas vulnerary (healing), demulcent (moisturizing) and soothing properties that make it highly effective for revitalizing both skin and hair.â€

From your skin to your throat to your hair, marshmallow root is there to soothe. Whatâ€™s your favorite way to use it?