You are here: Home › Our Blog › Fat Tuesday Eating Traditions and What They Mean for Your Health
By Theresa Groskopp, CN on February 28, 2014 in Health News 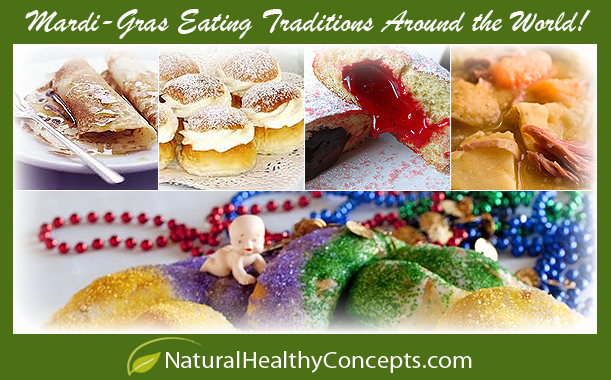 While you may think of drunken debauchery when you think of Mardis Gras, the phrase actuallyÂ means ‘Fat Tuesday’ in French, a day better known for the eating of all kinds of rich, fatty foods before theÂ Lenten season.

Lent refers to the 40 days of pertinence and purification celebrated between Ash Wednesday and Easter Sunday. And Fat Tuesday was originally adapted by the early Catholic Church to incorporate old traditions into the new faith. It is celebrated in many cultures as a last hurrah–a binge and purge ritual–inÂ anticipationÂ of the fasting that accompanies the Lenten season (this year, it falls on February 12, 2013). Fat Tuesday, Carnival, Shrove Tuesday, Pancake Tuesday or Pancake Day, whatever it’s called, is often celebrated with large parades, carnivals, and other festivities. And these celebrations are well matched by a wonderful array of eating traditions: 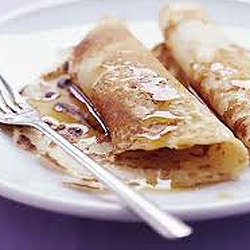 In England, and many other European countries, Fat Tuesday is known as Shrove Tuesday, or Pancake Tuesday. For many, it is the one day of the year they indulge in pancakes! Because pancakes contain fat, butter, and eggs, all of which is forbidden during lent, people feast on them. Pancakes are also traditionally consumed during Mardis Gras in many parts of Latin America and the Caribbean. 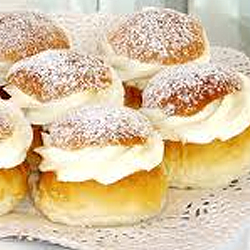 In Sweden, the celebration is called Fettisdagen. Originally, this day was the only day you could eat semlor, a rich puffy pastry filled with whipped cream. Now, semlor is sold throughout the country, but most people heavily indulge in this rich pastry on Fettisdagen. If you happen to come across one of these desserts, be warned: 500+ calories per dessert! 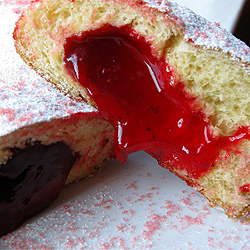 Traditionally in Poland, people would indulge on paczki (pronounced poonch-key), a 500 calorie, deep-fried, rich battered donut filled with jam and other sweet fillings, on the Thursday before the Lenten period. Largely due to the heavy Polish communities in parts of the US,Â  many people often indulge on this sweet delight on Fat Tuesday instead of on the Polish tradition of T?usty Czwartek, — also known Fat Thursday–the Thursday before Lent. Now, Fat Tuesday is known to many Polish communities in the U.S. as Paczki Day! 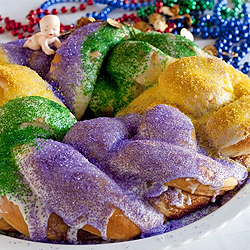 In the Southern U.S., mainly in Louisiana (as many of you probably already know) Mardis Gras is heavily celebrated with parades and festive events–followed by the eating ofÂ king’s cake, a twisted cinnamon roll-style bread topped with icing or sugar.Â  This rich dessert was adapted from traditional Mardis Gras celebrations in France, and is served heavily during Mardis Gras. ItÂ  has become customary in Louisiana, as well as France, that whoever finds the king’s cake trinket, a small figurine hidden in the cake,Â  must provide the next king cake or host the next Mardi Gras party. 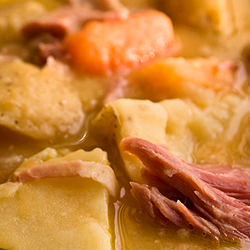 In Iceland, Fat Tuesday is known asÂ Sprengidagur,Â or Bursting Day. While other Nordic countires are celebrating by eating rich desserts, people in Iceland feast onÂ salted meats and pea soup. Since it is the lastÂ day before fasting for Lent people use this day to Â eat rich meals, and often eat until they feel like they couldÂ burst–hence “Bursting Day.” Be careful if you’re consuming too much salted meat, the sodium content is through the roof!

What Does Fat Tuesday Mean for Your Health?

Fat Tuesday, or Mardis Gras, and other celebratory indulging traditions may be festive and satisfying, but they are also associated with certain health risks, primarily from unsafe food, excessive drinking, and heat-related illness. If you’re celebrating the Mardis Gras festivities in a non-native place, make sure you are taking extra precautions when eating foods, especially those that are uncooked or raw. Consuming contaminated food can cause travelers’ diarrhea and other, more serious illnesses, such asÂ typhoid fever. Eat only fully cooked food and drink only beverages from sealed cans or bottles. Don’t put ice in your drinks unless it has been made from bottled water.

Also, be careful when it comes to overeating and over-indulging. If you’re simply celebrating the eating portion of Mardis Gras or Fat Tuesday, you could easily consume a lot of calories and overeat.Â  According toÂ NBC News,

Researchers found that even a short period ofÂ overeating and a lack of exerciseÂ can have lasting effects on a person’s physiology and make it harder to lose weight and keep it off.

For most of us, the odd over-indulgence won’t have any effect on our overall health, but for those that are trying to lose weight or are overweight, it will make it much harder to keep off the pounds. For those that often over-indulge and overeat, it will not only make it harder to lose weight, but also mayÂ increase your risk of heart issues, as well as heart attacks, in both the short and long term. ConstantlyÂ eating too many processedÂ salty or fatty foods, can add to clogged arteries and trigger heart related issues–which explains why we often see increases in heart attacks around “heavy indulging and heavy eating” holidays. For more information on heart support, check out our heart support category page or our blog post on 5 Overrated Heart Healthy Myths.Â

After all the festivities are over, it might be a good time to look at a cleanse and detox program; detoxification is a healthy and natural way to help your body get rid of harmful toxins. When it is done properly, it is one of the best things you can do for yourself to prevent health issues and lose weight. For more information on detox, visit ourÂ detox category pageÂ or our blog post onÂ 5 Reasons to Detox Your Body.Â