You are here: Home › Our Blog › What Is the Ketogenic Diet All About?
By Jackie Peters on January 30, 2017 in Diet, Health News, Health Tips 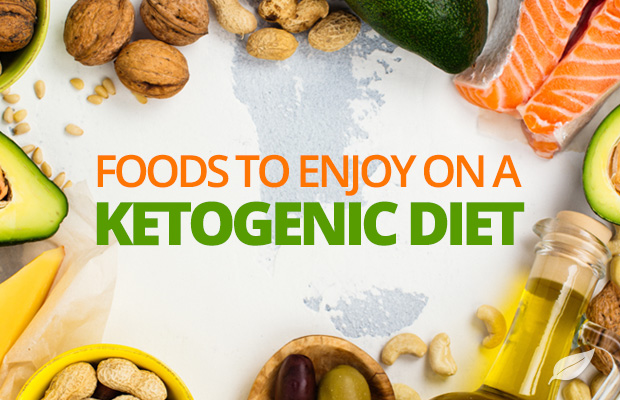 The ketogenic diet has become somewhat of a fad in the last year or so. If you’re like me, you may have heard the name and wondered about it, but never took the time to check it out. Well, I finally satisfied my curiosity byÂ exploring the topic, and here is what I learned.

History of the Ketogenic Diet

The origins of the concept behind the diet date back to the late 1910s and very early 1920s, when a couple doctors who identified the biochemical effects of fasting, utilized abstinence as an experimental treatment for epilepsy. Their research was then built upon by Dr. Russel Wilder of the Mayo Clinic.

Dr. Wilder recognized the benefits obtained by fasting, namely ketonemia, in helping these children, but hoped to find another way to produce this state of ketogenisis so it could be beneficial for the long term.

With the understanding that ketone bodies are formed from fat and protein whenever a disproportion exists between the amount of fatty acid and the amount of sugar actually burning in the tissues, Dr. Wilder developed a dietary plan to invoke ketogenesis by feeding diets very rich in fat and low in carbohydrates. (He formulated the diet to offer just enough protein for body growth and repair, and calories for appropriate weight.) He suggested that this diet should be as effective as fasting and could be maintained for much longer. (Source-1)

Then, he needed to try the effects of his ketogenic diet on patients. “His trial on a few epilepsy patients in 1921 was the first use of the ketogenic diet as a treatment for epilepsy.” The following day, he reported “dramatic improvement in seizure control of three patients with epilepsy who had been admitted to the Mayo Clinic for initiation of the ketogenic diet.” This success gave Dr. Wilder a method of observing the effect of ketosis on the epileptic. He eventually went on to utilize the diet to treat children with seizures that could not be controlled with medicines.” (Source-2)

A number of studies have reported that the diet reduces or prevents seizures in many children whoÂ were not helped with medications alone. Ketones are recognized as one of the more likely mechanisms of action in the food plan, but there are many other theories for why the diet works.

Dr. Wilder is credited with naming this long-chain triglyceride food plan the “ketogenic diet.” It was used until 1944, when trimethodione â€” the first antiepileptic drug specific for the treatment of absence seizures â€” was discovered. Renewed scientific interest started up again in the 1990s. Its use has increased since that time and is now available at all major childrenâ€™s hospitals for refractory childhood epilepsies. The diet is supervised by a dietitian who monitors the child’s nutrition and can teach parents and the child what can and cannot be eaten. Learn more here:

How the Ketogenic Diet Works

The ketogenic diet is able to mimic the fasting state in the body through high fat, moderate protein and low carb consumption. (The typical ketogenic diet provides 3 to 4 grams of fat for every 1 gram of carbohydrate and protein.) So, instead of carbs like bread, pasta and sugar being used as the primary source of fuel, the body changes its fuel supply to run almost entirely on fat, causing insulin levels to drop and fat burning to dramatically increase.

When the body burns fat instead of carbohydrates, the liver produces chemicals called ketones and fatty acids instead of glucose, which plays a big role in fueling brain function. When the ketone bodies enter the brain, they act as the energy source instead. When there are high levels of ketones in the blood (ketonemia), the body enters a state of ketosis.

In the case of epilepsy, the theory is that ketosis changes the metabolism of the brain and stabilizes cell membranes, making them less likely to seize. This means patients may see a reduction in the number of seizures they experience.

While the improved care for childhood epilepsy is a fitting legacy for the ketogenic diet, some individuals started following the diet for themselves in an effort to lose weight. They keyed in on the fact that ketosis makes it easy to burn fat stores. In fact, the diet is sometimes marketed as a way to turn the body into “a fat burning machine.”

But, is it for everybody? In general, it appears that the diet can always be considered as long as there are no clear metabolic or mitochondrial reasons not to use it. However, dieters should discuss their intentions with their healthcare provider.

Since the ketogenic diet must be followed precisely to work, it can be a real pain! There is no wiggle room with this regimen â€” you must cut the sugars and carbs for it to work. All foods must be weighed and measured to maintain a certain level of ketosis. You must also cook foods a certain way. It may also be necessary to consult with a dietitian if you do not have decent knowledge about nutrition.

Foods Allowed on the Ketogenic Diet

The most difficult concept for many to understand is that not all fats are bad. In fact, the right fats (the ones that come from healthy sources) are critical for human health and disease resistance. For example, saturated fats (e.g., meat, eggs, butter, etc.) support immune system health, normal bone density and healthy testosterone levels. Studies have repeatedly proven that they not only are necessary, but also have no association with risk of heart disease.

On the other hand, the wrong types of fats like partially hydrogenated fats, can be dangerous. These trans fats are unnatural and may increase your risk of heart disease or other health conditions. They are made by changing the molecular structure of the oil through hydrogenation, so they are solid at room temperature. Partial hydrogenation turns the fatty acids into trans-fatty acids.

So, the ketogenic diet focuses on the right types of fats and oils. Here are some examples:

If you were to imagine the food pyramid, the bulk of this diet (the bottom of the pyramid) is centered on fatty fish and meat, eggs and dairy. Further up are healthy fats and oils, lean meat and fish, green veggies and some nongreen/nonstarchy veggies. Next comes raw full-fat dairy. And, nearing the top, areÂ nuts, seedsÂ and berries, with other fruit at the top.

There is information online to help a person through the diet. For example, “Ketogenic Diet Low Carb Cheat Sheet” gives readers an idea of replacements they can use on the ketogenic diet and what type of foods they could replicate while going the low-carb route.

Current Research on the Ketogenic Diet

Since the renewed interest developed in the diet in the 1990s, research is underway on promising ways to use the diet for other health concerns.

Have you tried the ketogenic diet? Please share your experience in the comments section below. We’d love to hear about it!

5 Responses to What Is the Ketogenic Diet All About?