You are here: Home › Our Blog › Dr. Joseph Mercola – The Story Behind One of the Most Controversial Names in Health & Wellness
By Theresa Groskopp, CN on September 10, 2013 in Natural Health Heroes 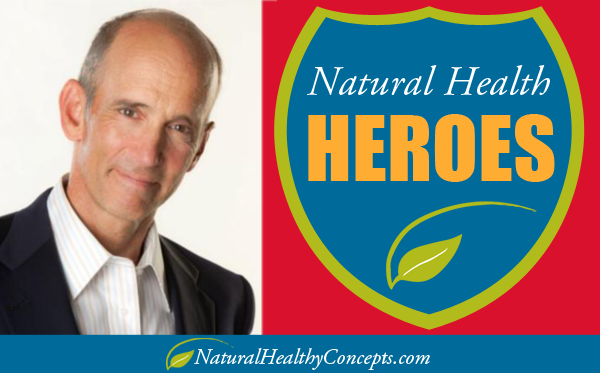 He may be the most polarizing person in the field of medicine and personal health.

Try to get the scoop on Dr. Joseph Mercola and you’re likely to find either glowing testimonials and staunch supporters, or the harshest of critics and angry skeptics.

Plenty of Mercola’s views breed contention. There’s no doubt about that. While many admire himÂ  – others call him a quack, refer to his work as “pseudoscience” and compare him to a snake-oil salesman.

But his dedication to questioning the effectiveness of traditional medicine – and his mission to address what’s wrong with people rather than simply treat their symptoms – make him a hero of natural health.

How a Bad Case of the Runs Changed Everything

Joseph Mercola was born and raised in Chicago – where he still lives and runs his business. He did not grow up in a wealthy family. His father was a deliveryman and his mother a waitress. However, Mercola told ChicagoMag.com he was “always passionate about learning.”

As a young man, he got a degree in biology and chemistry from the University of Illinois. He took a job working in a pharmacy while attending school. Mercola went on to get a degree in Osteopathic Medicine and a license to practice.

In 1985 he opened a small private practice in the Chicago suburbs. While Mercola’s background was focused on holistic treatments and prevention, he admits that early in his career he had full-faith in traditional medicine. He told Chicago Magazine he “thought drugs were the answer.” In fact, he was even a paid speaker for a drug company.

That patient was battling a long-lasting bout of diarrhea, which Dr. Mercola just couldn’t seem to treat in the traditional ways. Mercola was stumped – until he turned to a book called The Yeast Connection, by William Crook, MD.

Mercola had his patient try the all-natural suggestion for relief and got results. He called it “a miraculous recovery.”

That wasn’t the only case of a patient influencing Mercola’s views. He has mentioned at conferences that his patients persistently brought up articles pertaining to natural health that were impossible to ignore. He listened to those people as they gently encouraged him to research those options.

Eventually, Mercola began using more non-traditional methods and reached out to other doctors with similar viewpoints. He started focusing more on what he calls “the science of nutrition.”

It was all based on the belief that being responsible for your own health is a better way to address issues than walking into a doctor’s office to ask for another prescription.Â  He wanted to teach people to take care of themselves.

Mercola.com launched in 1997 just as the internet was becoming a major source for those seeking information. The site now sees nearly 2-million unique visitors each month, with the average reader returning 10 times per month.

The site includes an immense amount of content intended to inform and advise visitors. It also serves as way to promote products sold by Mercola’s company.

Dr. Mercola’s reputation as somewhat of a rebel has also made him a popular guest on both nationally syndicated and network television programs – from The Dr. Oz Show to The Today Show. He’s also a best-selling author with two books on the NY Times list.

Despite his success – and also likely because of it – Dr. Joseph Mercola has been the target of intense debate, criticism and even ridicule.

These people often describe Mercola as a peddler of pseudoscience, and are in most cases against alternative medicines – or at the very least quite skeptical of it. Mercola tries to shrug off these attacks. He feels the majority of his opposition is simply caught up in the same system he’s trying to fight.

If it isn’t his beliefs that come under fire, it’s his business tactics. Mercola is frequently chastised for using the internet for direct marketing of the products he sells. This is something he doesn’t completely deny.

Mercola says he studied certain marketing strategies such as crafting attention-grabbing headlines. He also admitted in his interview with Bryan Smith of Chicago magazineÂ  that he used the element of controversy to help build his audience. Saying he would intentionally look for views contrary to his own and refute them in his articles.

His opponents accuse him of using fear-mongering and sensationalism to create awareness and drive sales. But is that the caseÂ  – or is it just smart marketing? Mercola.com has built up a massive collection of content that addresses the questions, health problems, concerns and convictions of its audience.

Good marketing is not a sin in and of itself.

Then of course – there is the issue of money. Has the promotion of supplements, alternative medicine and natural health benefited Dr. Mercola financially? There’s no question it has – but whether that’s at the heart of his motive is another question.

It’s estimated that Mercola’s companies generated $7.7 million in sales in 2012. He’s made enough money to buy a big waterfront home in Illinois and spend his winters in tropical locations. But how is that different from any other successful doctor?

When you consider the fact that in 2011 retail sales of vitamins alone totaled $3.4 billion – and that health care is a multi-trillion dollar industry – Mercola’s $7.7 million in sales doesn’t seem like that huge of a slice of the pie. That’s especially true for someone who runs one of the most popular health-related websites in the world.

Dr. Mercola maintains that his motives are pure. In the About Section of Mercola.com he claims his purpose is not to make money, but to speak the truth as he sees it:

My motivation, whether you are a member of the Mercola.com community, or have just heard about me for the first time, is to make you as healthy as you can possibly be. This involves:

Mercola.com is not, in other words, a tool to get me a bigger house and car, or to run for Senate. I fund this site, and therefore, am not handcuffed to any advertisers, silent partners or corporate parents.

Natural Healthy Concepts firmly believes in the mission of Dr. Joseph Mercola and supports his work.

We realize not everyone will agree with everything he has to say. Mercola himself is honest enough to admit that he may not always be right. However, it seems clear that this is a healthcare advocate who is working to improve the lives of others, even if it means he puts his reputation on the line. The information provided on his website is free to anyone. It is the visitor’s choice to order his company’s products.

Mercola products are among some of the best-selling supplements available to order from Natural Healthy Concepts.

Whether you are looking for a Complete Probiotic to support your digestive health, or a Melatonin Spray to help you develop a healthy sleeping pattern – Natural Healthy Concepts believes you can trust the Mercola brand and stands by the quality of the products offered.

Each person is entitled to an opinion on Joseph Mercola. If you began reading this article thinking of him as devious or dangerous – you probably still do. If you view him as a truth-telling prophet – you’ll most likely continue to see him that way.

Oddly enough – Mercola makes the same accusations against traditional medicine that his opponents make about him and his way of thinking. Both sides charge the other with being scam artists who do more harm than good in the name of the almighty dollar.

Perhaps the real problem lies in the fact that the two sides rarely work together.

David Gorski says Mercola is guilty of supporting anything labeled natural while deriding anything considered pharmaceutical. However, this claim is not entirely true. Mercola has supported the use of traditional medicine and advocates the use of certain drugs in situations he feels they are most effective.

Many of Mercola’s viewpoints actually are backed up by scientific research.

At the same time, opponents of holistic medicine regularly cite lack of conclusive research. But why isn’t more research on natural treatment being done in the mainstream medical world? Why is it so often inconclusive? It seems like many alternative medicine claims – especially those that may allow us to take advantage of natural remedies – would be worth investigating.

Joseph Mercola is well-known for holding controversial beliefs that you may or may not agree with. They include opposition to vaccinations, mammograms, microwave ovens and more.

Those things are not what make Dr. Mercola a natural health hero.

What makes him a hero in the practice of natural health is his willingness to challenge the ideas many people blindly believe. Mercola probably could have made just as much money practicing traditional medicine. But that’s not the path he chose.

Dr. Mercola’s ultimate goal is to promote the “whole person” approach to health. He wants you to make your own decisions about your own body. And yes – he also has a business to run.

No matter what you believe – there’s no denying the benefits of having someone around with ideas that are different from the norm. After all, even doctors within traditional medicine will have different approaches to the same issue. It’s why we often go to another physician for a second opinion.

Thankfully, Dr. Mercola and others like him are providing their opinions and alternatives. Now it is our job to educate ourselves and make our own decisions.

9 Responses to Dr. Joseph Mercola – The Story Behind One of the Most Controversial Names in Health & Wellness