You are here: Home › Our Blog › Is Circumcision Right or Wrong?
By Ashley Steinbrinck on November 23, 2013 in Nutrition Politics, Parenting 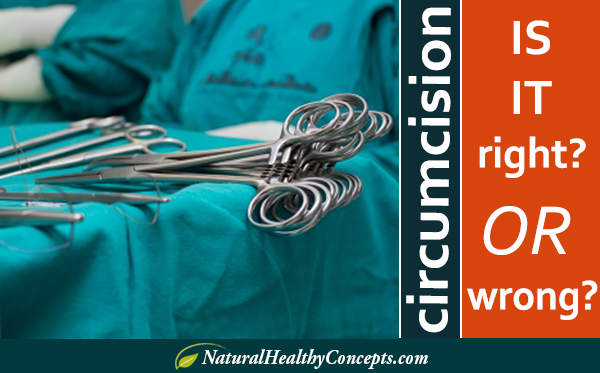 I’m a mama to two young boys who are both circumcised. I didn’t think anything of it in the hospital when I was asked if we were going to go through with it. I simply just did it because I thought that’s what was best, and I assumed it’s what everyone else did.

Turns out, there are some people who strongly suggest against circumcision.Â Yet again, I’ve stumbled across another one of those controversial topics that keeps parents wondering what’s right and what’s wrong.

You’ll find many who are anti-circumcision for numerous reasons saying that there is no medical reason for it and it doesn’t prevent disease.Â Then you’ll find others who are pro-circumcision who think the benefits outweigh the risks.

How to Know if Circumcision is Right or Wrong?

Unfortunately, this has to be a question you have to answer based on your own research and values. When it comes down to whether this surgery is right or wrong, there isn’t much scientific proof to guide you one way or another.

Here’s a handful of claims and opinions on the subject that will hopefully help you make the decision for your son.

IntactAmerica.org is a grassroots organization in NY dedicated to “boys’ rights to genital integrity.” It is very obvious when you visit their site that they are strongly against circumcision. In one of their articles, they explain their opinion on removing a baby boy’s foreskin.

Circumcision is a painful, risky, unethical surgery that deprives over a million boys each year of healthy, functional tissue, while wasting health care dollars that could be spent on medically necessary services.

Some of the top reasons the organization gives for why you should keep your newborn intact are:

After reading more from non-circumcision advocates, I started to question my own decision on the matter! After all, I chose to go through with it simply because I thought my boys would get made fun of one day if they looked “different.” Researching the benefits or risks of getting snipped never even crossed my mind.

So then I decided to check what people were claiming on the other side of the debate.

Kidshealth.orgÂ and the U.S. National Institutes of Health (NIH) highlight what they claim to be the benefits of circumcision including:

The NIH suggests that in the end, “Parents need to decide what is best for their sons based on their religious, cultural and personal preferences.”

I came across another interesting piece of information in an article on Huffington Post written by Christiane Northrup, MD (OBGYN) and bestselling author who has a history of performing circumcision surgery on infants.

In the article she explains why circumcision was introduced to our culture in the first place. She says,

Ronald H. Gray from Johns Hopkins University performed aÂ study in Kenya, South Africa and Uganda to justify the relationship between circumcision and the prevention of infections, penile cancer and STDs.

ButÂ Dr. Northrup says the study was not supported by science. Northrup and her colleague, George Denniston, M.D., point out that the U.S. has the highest circumcision rates in the West, but also haveÂ high rates of HIV.

On the other hand, in countries where circumcision is very rare, such as New Zealand and Ireland, they also have low rates of HIV. Basically, they point out that Gray’s “experiment” proves nothing.

In addition, the latest research from the Journal of the American Medical Association found no difference in uncircumcised and circumcised men for the risk of contracting STDs.

Dr. Denniston makes an interesting point refuting the uncleanliness of what you could call “boys in the hood”. He says,

Foreskin protects against disease; it doesn’t cause disease. If foreskin is unhygienic, eyelids should be considered unhygienic.

For some grown men, especially in America, being circumcised is a cosmetic symbol of their manhood.

Dr. Brian Morris, DSc, PhD, FAHA Professor at the University of Sydney School of Medical Sciences says there is credible research that shows most women prefer the circumcised penis for its appearance and sexual reasons.

Dr. Morris created an entire guide for parentsÂ regarding the risks and benefits of the surgery, although it’s very evident that he is biased toward the pro-circumcision side of the debate.

One of the reasons why he’s pro, is because he says it reduces the risk of female partners being infected with chlamydia and cervical cancer (caused by high-risk papillomavirus) by up to five times. He explains his reasoning,

The load of infectious bacteria and virusesÂ that accumulate under the foreskin is delivered into theÂ female genital tract during sex.Â Since the foreskin traps bacteria and other infectious agents,Â as well as accumulating malodorous smegma, its removalÂ improves genital hygiene and reduces risk of diseases andÂ other conditions over the lifetime for the boy and his futureÂ sexual partners.Â If not circumcised soon after birth, up to 10% of malesÂ will later require one anyway for medical reasons.

So — to circ or not to circ? It is still an ongoing controversy, especially in the United States.

But the bottom line is, parents will just have to make an informed choice and go with what they feel is right.

Otherwise, just try for a girl!

What is your experience or opinion on circumcision? Leave a comment and help parents decide! 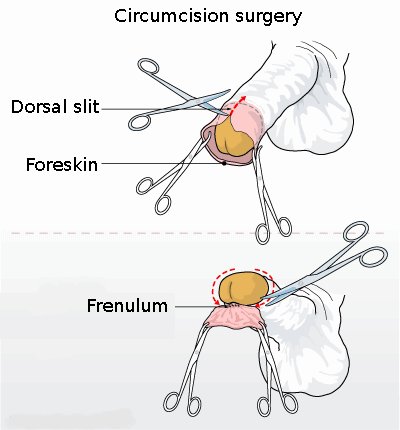 7 Ways Diabetics Can Have a Healthy and Happy Holiday Season
16 Must-Read Books for Women Over 40 – For Your Health, Happiness and Entertainment

12 Responses to Is Circumcision Right or Wrong?