You are here: Home › Our Blog › Inositol Benefits: Support For The Brain and Women’s Health
By Angela Halderson, RD on April 21, 2018 in Nutrition Supplements 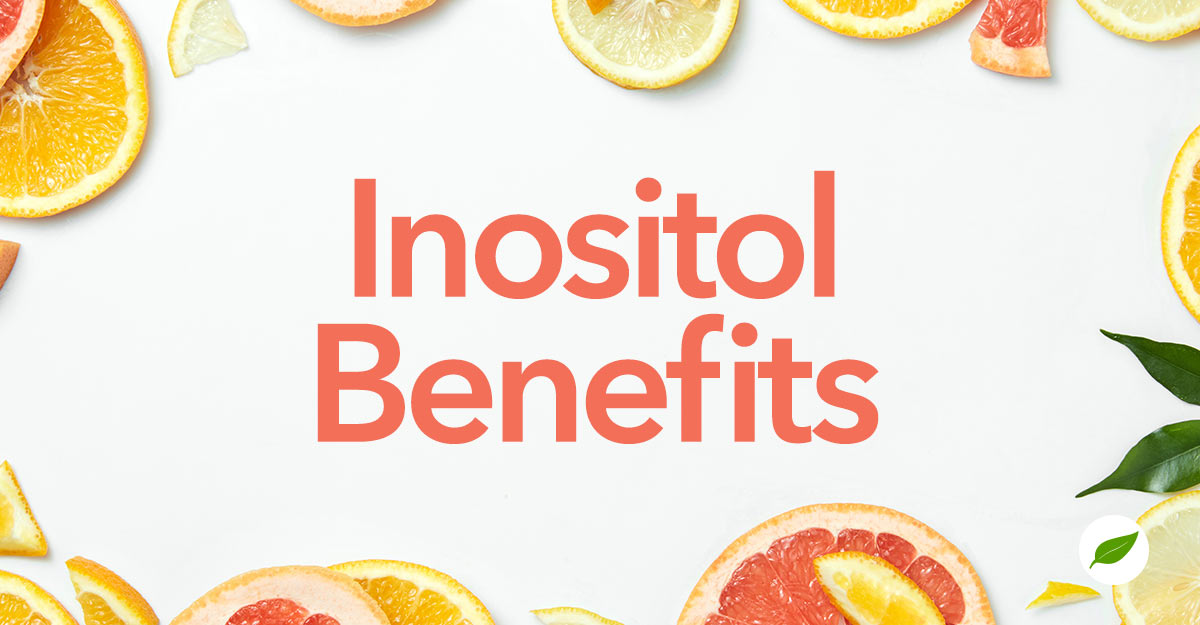 Whether you believe in them or not, many of us have turned to energy drinks at one time or another for a quick boost. Amidst the litany of energy drink ingredients such as B vitamins, caffeine, and taurine, there are lesser known nutrients such as inositol. Curiously, inositol doesn’t seem to have energy giving capabilities in such low doses, and is technically not a B vitamin as was once widely assumed. But that doesn’t mean there isn’t a wide variety of potential inositol benefits that you can take advantage of with the right dosage.

Inositol is a vitamin-like substance that is found in many animals and plants. It is the isomer, myo-inositol, that is created synthetically for supplementation. Inositol can be a cell signaler in a way similar to glucose. The nutrient is used for supplementation because it has been known to support bodily systems like the nervous system, as well as offering cognitive support. Whatâ€™s more, inositol may even help regulate female hormones.

Support for the Central Nervous System

Your central nervous system is a fascinating network of fibers that relies on its various parts for optimal functioning. That means that when the nervous system is off-balance, there may be any number of issues that can result. However, researchers suggest that inositol may have a positive influence on nerve health. Sometimes, with what is considered a high dosage of inositol (12 – 18 g), people have found it has given them support in their nervous system.

Some researchers have suggested that inositolâ€™s positive effect on nerve health is caused by calcium signaling. Calciumâ€™s role in neuron signaling is significant, as it has been shown to regulate neuronal gene expression, energy production, membrane excitability, synaptogenesis, synaptic transmission, and other processes that underly learning, memory, and cell survival.

Inositol may promote healthy brain function primarily because it is thought to support the signaling of neurons. In addition to calcium signaling, one way inositol supports neural signaling is by aiding the transportation of fat. While an overabundance of fat cells in certain areas of the body is not considered a good thing, a certain amount of fat is necessary for neurons to function properly. Inositol is sometimes administered with choline with the intended effect of stimulating fat metabolism.

Another potential inositol benefit for cognitive health is the support of various neurotransmitter systems. These systems include acetylcholine, dopamine, norepinephrine, and serotonin. It is thought that when these systems are working efficiently, a person will usually not experience excess levels of anxiety. Inositol is not thought to elevate production of these neurotransmitters, per se, but to help them function efficiently.

One reason inositol has been useful for years is that it has few reported side-effects. This is especially true when the supplement is compared to traditional drugs that attempt to promote neurotransmitter systems. Individuals who have experienced side-effects from such mainstream drugs may wish to try inositol.

There is evidence that supports inositol as a possible alternative to traditional medicine for certain aspects of womenâ€™s health. There have been studies which focus on the impact of inositol on women with symptoms related to poor ovary health. What researchers have found is that ovaries are sensitive to the effect of insulin. Two isomers of inositol, myo-inositol and D-chiro-inositol, have similar molecular structures as glucose, and these nutrients may encourage a womanâ€™s body to not resist the necessary work of insulin.

Studies have shown potential inositol benefits which extend beyond the issue of insulin. By promoting ovary health, it has been shown that inositol may also support natural ovulation and menstrual cycles in women. The suggested dosage for this type of support is 2000 mg twice daily. As with its use in cognitive and central nervous system health, side-effects of inositol when used for ovarian health are few and far between.

It may be true that inositol is no longer referred to as a member of the B vitamin family. But that doesnâ€™t mean the nutrient canâ€™t have a positive impact on your health. Inositol is a supplement that has shown promise in various areas of human health. With more study, there is no telling what other latent benefits the scientific community may unfold.