You are here: Home › Our Blog › Why Gluten-Free Cosmetics Are Important
By Theresa Groskopp, CN on May 20, 2014 in Natural Cosmetics 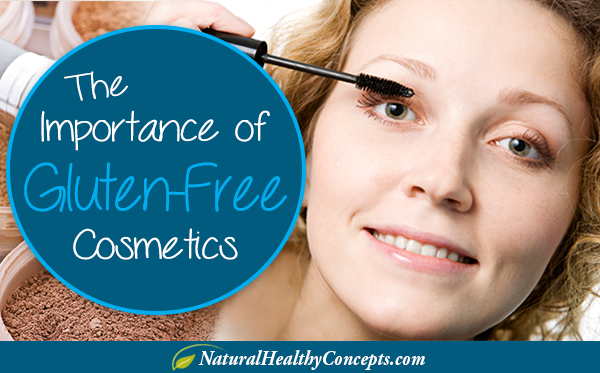 When I was diagnosed with Celiac Disease in the summer of 2010, I had absolutely no idea what I was in for. I’m not ashamed to admit that I was completely confused, totally lost, and that the only thing I really understood was that I’d have to give up a lot of my favorite foods for the rest of my life.

Regardless of the lack of help from my doctor and the inability to pay to see a nutritionist, I somehow managed to figure things out pretty quickly. And by “things,” I mean what I could and couldn’t eat. At the time, I thought gluten in food was all that mattered.

My newfound life as a Celiac was moving along grandly. Or so I thought. I’d started getting used to the fact that I’d never have Oreos, Pizza Hut, or my mom’s lasagna ever again. I’d convinced myself that everything was going to be okay.

But then grad school classes started again, and attending class meant wearing makeup. I rarely wore makeup. Just to class and that was it. I hadn’t worn any in months, and the brands I was using–Cover Girl, Revlon, and Maybelline–were the same brands I’d used since high school. Even with my new lifestyle and weird intolerance, I’d never once given thought to the fact that there might be gluten in my cosmetics. I put everything on as I normally had and hopped a bus to campus.

Less than a half hour into class, my face began to itch. My skin felt warm. My eyes started to burn and water. Fifteen minutes later, the burning and itching was so bad that I ended up leaving. By the time I got home, my cheeks, forehead, and neck were covered in a bright red, itchy rash, and my eyes were nearly swollen shut.

The gluten hidden in my makeup.

Every single item I used had gluten in it. I scrubbed my face clean and threw all of my makeup in the trash. I had a decision to make: Would I just go without makeup or find some that was gluten-free? I chose the latter and the quest began.

Does Gluten in Makeup Really Matter?

Now, many experts agree that the gluten content in cosmetics isn’t a problem because it’s topically applied and not ingested. Typically, gluten must be ingested for it to cause any sort of problem or reaction, though, they do warn to avoid cosmetics like lipstick since it’s near your mouth and could potentially be ingested.

But here’s the thing. Gluten allergies are an issue down to the molecular level. The tiniest triggers can set them off. Many people, just in the last few years have reported skin reactions caused by the gluten in cosmetics. The only way to stop the reaction is, of course, to stop using the product.

But there’s still the question of whether ingredients from topically-applied items can be absorbed into the bloodstream. SafeCosmetics.org and NRDC.org claim up to 60% of what gets absorbed into your skin gets through to your bloodstream.

Plus, there are plenty of people who feel the effects of gluten after topically applying something to their skin. For me, and likely many others, the effects aren’t just felt- they can be seen, too!

Well, because the FDA rules about cosmetics are different than they are about food, they aren’t subject to a pre-market approval process. The companies have the responsibility of providing consumers with product ingredients. There’s just one problem with that, though.

Most cosmetics companies don’t even know where their ingredients come from.

Because of that, it’s pretty difficult for them to tell the rest of us what’s actually in their products. As a result, we, the consumer, are left to figure it all out, and for people with Celiac Disease, that can be a very time-consuming process. I just didn’t have that much time, so I called on my old friend Google to help me find cosmetics that wouldn’t make me look like I had just been in the ring with George Foreman for ten rounds.

I didn’t find much. Three years later, I found out I wasnâ€™t looking in the right places. So, for three years, I rarely wore any makeup.

From fruit-pigmented blushes and eyeliners to concealers and all-natural powder foundation, 100% Pure has everything I’ve needed, and I haven’t had to deal with swollen eyes or rashes since I’ve started using their products. They’ve been a lifesaver (or, a facesaver, if you will).

So – in the end, yes. Gluten-free makeup really does matter.

Of course, the choice to use it is entirely yours. But if you’ve ever dealt with rashes or the feeling of being “glutened” after using regular department store cosmetics, maybe it’s time for a switch.

Here Are Some Products I Use and Recommend 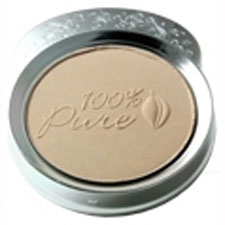 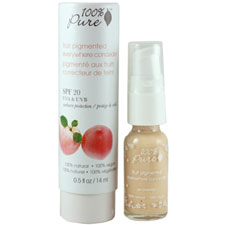 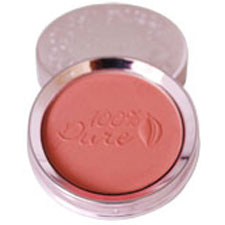 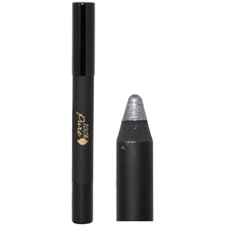 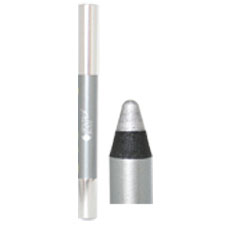 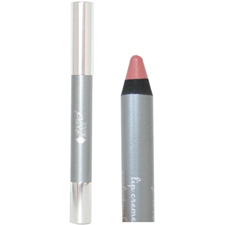 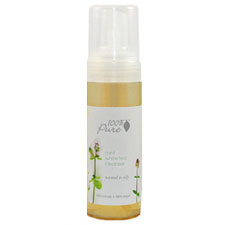 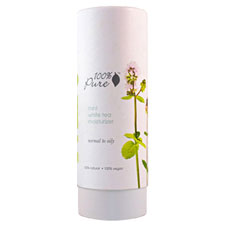 Have you had reactions to regular cosmetics? Have you tried gluten-free products? If so, we’d love to hear what you have to say about them! Leave a comment below and let us know what you’re using.