You are here: Home › Our Blog › What Is the Human Microbiome and How Is It Tied to Obesity?
By Jackie Peters on August 1, 2016 in Health Challenges, Health News 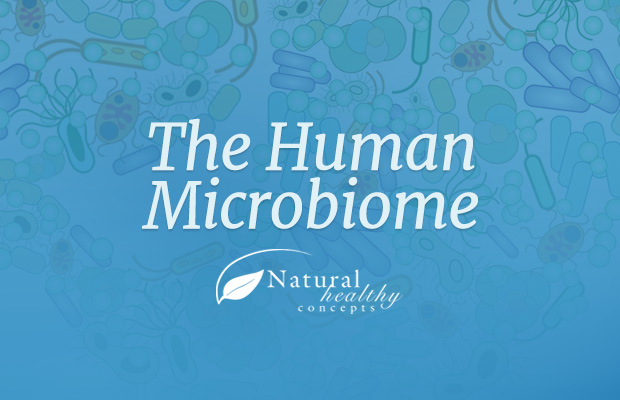 Does it bother you to think about the fact that you have trillions of bacteria living in and on your body right now? If you’ve ever seen some of them under a microscope, the thought probably just sent shivers down your spine. But, it’s true!

In fact, it is estimated that the average man has about 40 trillion bacterial cells in and on his body. ThisÂ number does not include archaea, fungi, viruses and other microbes for which we are the hosts. (As a comparison, this same man is composed of 30 trillion human cells.) We have an entire ecosystem within us!

Contrary to what many individuals may imagine, mostÂ bacteria do not make us sick. They work in the body to protect us from things like infectious germs and inflammation, to help synthesize vital nutrients, and so much more.

Scientists refer to this mass of microorganisms as microbiota and all of their genetic material as microbiome. The majority of our microbiota live in the digestive tract, primarily in the intestines.

The human microbiome is a much more complex phenomenon than anyone initially thought. In the last decade there has been an enormous amount of research done to understand the roles and impact of these microbes on our health. Scientists have just begun to make sense of it all in the last several years.

The Human Microbiome Project, supported by the National Institutes of Health, was initiated in 2007 in order to uncover “significant insights into the relationship between the microbial communities that inhabit the human body and effects on human health.” This is just one of many international efforts to study the microbiome and how it relates to disease. Thanks to powerful molecular techniques, researchers can continue to uncover why bacterial differences occur and how they can affect transformations from one state to another. (Source)

Here is how the program director of the Human Microbiome Project, Lita M. Proctor, Ph.D., summarizes what’s been learned.

The human microbiome is:

Of particular interest is how decades of antibiotic, antiseptic and other medicine usage has taken a toll on the human microbiome. And once the damage is done, it can be hard to get back to the initial healthy balance.

The good news, however, is that advances in sequencing technology and increasing knowledge of the human microbiome â€” like the fact that the microbiome in each of us is changeable â€” will mean great things for medicine. As Proctor puts it, “The future is bright for practical microbiome-based applications that promote human health and treat disease.”

The Microbiome’s Link to Obesity

This massive endeavor of DNA sequencing, thanks to metagenomics, has already resulted in new techniques and abilities, including stool transplantation, personalized culture collections and the high-efficiency transplantation of human microbes into mice to evaluate therapies for humans. The ability to manipulate the human microbiome holds so much promise for improving our health.

One example of this could have far-reaching effects on obesity in our country. Obesity, insulin resistance and metabolic syndrome (in rodents and humans) have been linked to microbial changes in the gut. And, just last month (June 2016), a team of researchers identified a mechanism: increased production of acetate. The pathway leads from micobes in the gut to increased food intake and insulin secretion in rodents. (Source)

“Together, our findings identify increased acetate production resulting from a nutrientâ€“gut microbiota interaction and subsequent parasympathetic activation as possible therapeutic targets for obesity. â€¦ The increased acetate leads to increased food intake, setting off a positive feedback loop that drives obesity and insulin resistance,” explained Dr. Gerald I. Shulman, one of the researchers.

As they continue with their research into whether this mechanism translates to humans, we are left with great promise for what’s to come.

To learn more about the human microbiome, watch this informative TEDx video:

It is amazing to think of the massive effects bacteria can have on our health ? for the better!

Do you have hope that adjusting microbiota may be the answer to many of the health questions be have today? Share your thoughts in the comments below!

Does Your Pet Need Supplements?
Sleep and Your Health