You are here: Home › Our Blog › Himalayan Salt: Not Just for Cooking
By Theresa Groskopp, CN on September 30, 2016 in Diet, Health Tips 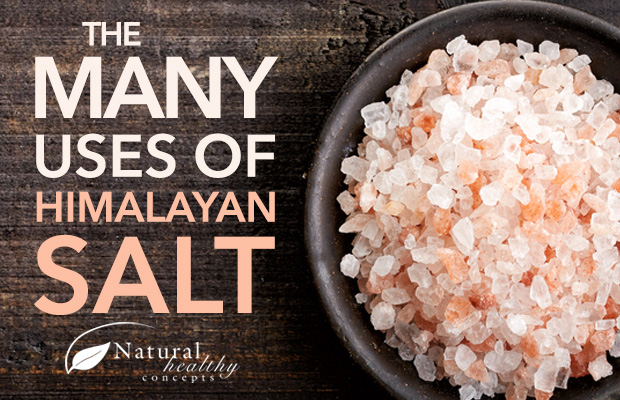 Himalayan salt is not only pretty, it may have a number of potential health benefits!

Himalayan salt has recently become one of the buzziest substances in the wellness world. Although salt is often considered a taboo for healthy living, Himalayan pink salt may actually offer a number of potential health benefits. In fact, many people have been swapping their traditional table salt for these distinctive colored crystals. In addition to flavoring food, this salt is used for halotherapy, for skin treatments, as air purifiers, and for detoxification.

So what makes Himalayan salt so different from its counterparts?

Himalayan salt comes from crystallized salt beds that are spread across the Himalayan Mountain Range. It is thought that these salt beds were formed millions of years ago, when they were covered with lava, followed by snow and ice. The coverings protected the salt beds from pollutants, and as a result it is believed that these salt beds contain some of the purest and most pristine salt on earth. The soft rose-quartz color that gives theÂ salt its signature color comes from the presence of iron oxide in the salt beds.

Today, HimalayanÂ salt is primarily mined from the Khewra Salt Mine, which is located in Khewra, Jhelum District, in the province of Punjab in Pakistan. The salt there is still mined manually, and the mine is a popular tourist destination, housingÂ a unique mosque made from salt bricks. The salt ranges in color from white to a light rose pink or deep salmon pink and is now used around the world.

For many years, many nutritionists and health practitioners recommended sodium and salt-free diets to support overall health. However, your body actually needs a certain amount of sodium to function optimally, so incorporating Himalayan salt into your dietÂ may actually offer a number of potential health benefits.

Himalayan salt contains many trace minerals that are essential to the human body. Some of these minerals include sodium chloride, sulphate, calcium, potassium, and magnesium. Because of Himalayan saltâ€™s cellular structure, the minerals exist in colloidal form. This means they are microscopically dispersed throughout the cells, and are easier for our bodies to absorb and use.

It is thought that Himalayan salt may promote a healthy pH balance in the body, support healthy blood pressure levels already in the normal range, and provide sleep support. It is also lower in sodium than traditional salts.

By contrast, traditional table salt is made from sodium chloride, but it is heavily refined to remove all trace minerals. It also includes some anti-caking agents to prevent clumping. While the refining process may remove some impurities from the salt, it can also strip it of the key minerals that may be beneficial to your health.

Ways to Use Himalayan Salt

One of the benefits of Himalayan Salt is its versatility. From salt therapy to cooking, here are some of the most popular uses for this salt.

One of the most common uses for Himalayan salt is in cooking. You can use it in place of table salt to season dishes and add flavor to your food. Whether you choose a finely ground or coarse salt, Himalayan salt can take your cooking to the next level. 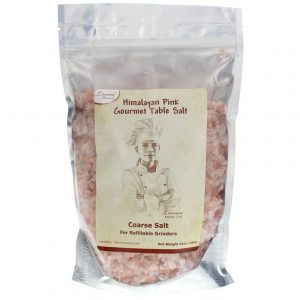 Salt therapy, also called halotherapy, is the practice of using salt vapor to support respiratory health and promote healthy sinuses. The natural moisture in the air bonds with the salt crystals, which is then absorbed into your lungs and works to support respiratory health and support your sinuses. This practice originated in early nineteenth century Poland, when miners found that long-term exposure to the salt mines appeared to haveÂ positive effects on their respiratory health.Â Today, you can experience halotherapy in a salt room, salt chamber, or a salt bed. Or, ifÂ you want to try salt therapy at home, youÂ can use a salt inhaler like this one, which is easy to clean and comes with Himalayan salt crystals. 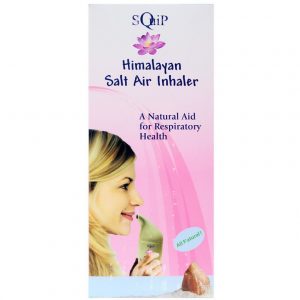 Himalayan sea salt can also be used as a nasal rinse to clear the sinuses. You can fill your neti pot or other nasal rinsing system with a saline solution that is made with Himalayan salt. These rinses work to clear your nasal passages, and also offer support for seasonal health challenges. You might try using aÂ non-iodized saltÂ like this one that is specially designed for neti pot saline solutions! 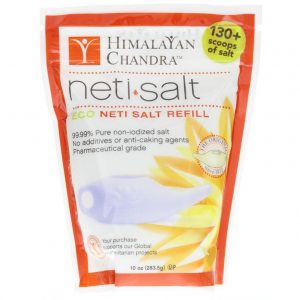 These beautiful lamps are created from slabs of Himalayan salt and emit a soft pink glow. InÂ addition to making your home or office more beautiful, these salt lamps emit negative ions that work to purify the air around you. This can support the flow of oxygen to your brain and support a healthy mood. It may also support a less humid environment. We love these salt lamps from Aloha Bay, which are hand-carved in Pakistan by a family-owned company. 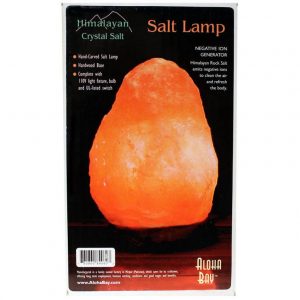 Another use for Himalayan salt is in skin care. Salt scrubs are often used to support healthy looking skin by removing dead skin cells and revealing the glowing skin underneath. ThisÂ Microderm Himalayan Salt Glow from Lumino is formulated with vitamin E and jojoba oil to moisturize and cleanse your skin. 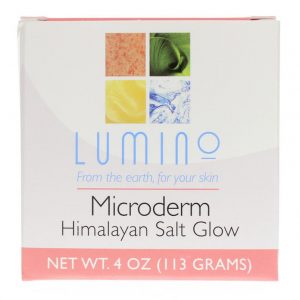 Do you use Himalayan salt? Weâ€™d love to hear your favorite uses for Himalayan Salt in the comments below!