You are here: Home › Our Blog › How Hemp Can Benefit Your Health Without Getting You High
By Theresa Groskopp, CN on February 25, 2014 in Health News 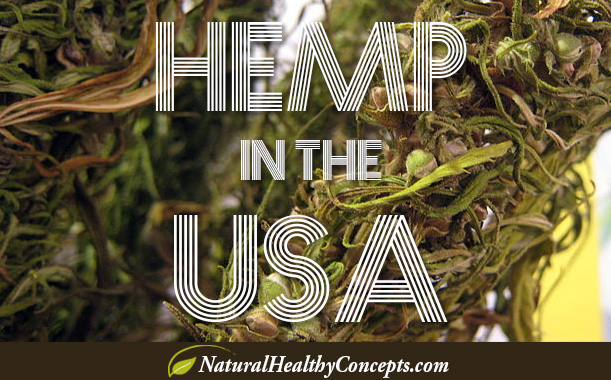 While a slight majority of Americans support cannabis, people remain divided on its usefulness as both a medication and a recreational drug. That includes differing opinions in the natural health world!

The question is, how can cannabis or hemp benefit your health? Also, could its legalization impact both the health of Americans as well as our economy?

Let’s start by taking a look at how hemp is different from marijuana.

One of the first things most of us think of when it comes to hemp are hippies with their sandals and necklaces made from hemp cords – but there’s much more to this plant than that.

Hemp has been found to be very valuable, and it is one of the earliest known domesticated plants. Archaeological studies date its use back 12,000 years.

Hemp is a variety of Cannabis that has a much lower level of the psychoactive compound tetrahydrocannabinol (THC). THC is the drug component in marijuana that “gets you high” and may be beneficial for reducing symptoms in AIDS patients, those undergoing chemotherapy, and people with glaucoma.

Cannabis grown for Marijuana vs. Hemp

Marijuana and hemp come from the same plant – Cannabis. The biggest difference is in how they are used and what part of the plant is used.

Hemp uses the stalk and seeds/fruit of the cannabis plant for the creation of cloth and rope, food, medicines and supplements, body care products, plastics and building materials – even Ethanol fuel.

When people ingest marijuana – it is typically the cannabis flower.

Those who support hemp cultivation point out its strength and environmental benefits – as with the statement below from hempethics.com …

“Hemp fibre is the longest, strongest and most durable of all natural fibres. Hemp cultivation requires no chemicals, pesticides or herbicides. Grown in rotation with other crops such as corn and legumes, hemp farming is completely sustainable …”

Hemp in the USA

In early American history, the Puritans were some of the first people to grow hemp.

Yeah … the Puritans! Those are the same uptight people who believed children should be executed for cursing their parents, and you should get put in the stocks for kissing your spouse in public. 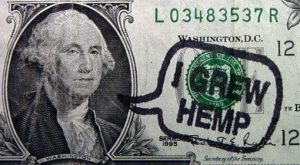 Many of America’s founding fathers were big believers in cannabis.

George Washington and Thomas Jefferson both grew it. They also smoked the flowers and said they preferred it to tobacco and alcohol, which were substances that Washington and Jefferson felt posed health concerns for the nation.

Things started to change in the 1930s. That’s when the Marihuana Tax Act of 1937 was passed. Some say that big business tycoons like William Randolph Hearst, Andrew Mellon and the Du Pont family influenced this legislation because they were worried about competition from hemp production. It posed a potential threat to products they were invested in like timber, paper and nylon.

Still, hemp use continued in the U.S. for decades. It was a major crop during World War II. The U.S. government even produced a propaganda film encouraging farmers to grow hemp. (See that film below)

Henry Ford’s first version of the Model T Ford was built to run on hemp oil. Parts of the car itself were even constructed from hemp. However, alcohol prohibition prevented Ford from using “plant-based fuel” for his automobile. (Read more at HempCar.org)

The final nail in the coffin came with the Controlled Substances Act of 1970, which lumped cannabis (including hemp) along with drugs like mescaline and heroine.

That’s a big turn-around from Colonial times in America when farmers in Virginia could actually get thrown in jail for refusing to grow hemp.

In a positive sign for proponents of hemp, in February 2014, Congress passed a measure easing restrictions on hemp in 10 states. (Read about H.R.525 – Industrial Hemp Farming Act of 2013)

Hemp is grown for commercial use in many countries and since the Agricultural Act of 2014, it has become legalized in the U.S. for industrialized hemp research and pilot programs. Since then, 30 states have passed laws regarding industrial hemp. However, at the federal level (as of this writing), commercial production of hemp is still against the law.

5 Ways Hemp Can Benefit Your Health

Hemp seeds, or hemp hearts, are actually the fruit of the plant. They are packed with all-natural, nutritive benefits.

Ivy Larson from CleanCuisineandMore.com describes eating hemp seeds like this …

“… they have a pleasing, mild and slightly nutty flavor. Unlike sunflower seeds, they arenâ€™t crunchy, but instead are a bit more like sesame seeds, but even softer in texture.Â Hemp seedsÂ sort of taste like pine nuts, but have an even mellower, milder flavor.”

1. Hemp for Stress and Sleep

The cannabinoids in hemp provide a calming effect in the body and mind. Hemp Extract especially, has been studied for its ability to ease anxiety, which may help support sleep quality. Cannabinoids also have demonstrated promise for its positive effects on pain management, including pain associated with joints and headaches. 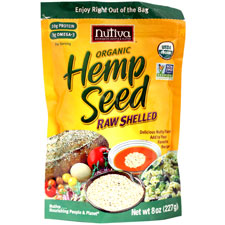 There’s a 3-to-1 ratio of omega-6 to omega-3 in hemp hearts. That includes the omega-6 fat known as GLA, or gamma linolenic acid.

Hemp hearts are an excellent source of plant-based protein, making them an ideal addition to vegan and vegetarian diets.

Protein from hemp is much easier for the body to digest than soy protein. It’s also another protein option for people who have a sensitivity to soy.

In fact, hemp hearts are approximately one-third protein. You get 11 grams of protein from three tablespoons of hemp seeds. Just like flax seeds, hemp seeds contain all 10 essential amino acids.

Natural Healthy Concepts proudly offers Organic Hemp Seeds from Nutiva – which you can add to smoothies, put on top of cereals or salads, and more!

4. Hemp Is Rich in Minerals

Of course, each of those minerals plays a role in a variety of functions in your body. Whether it is strong and healthy bones, energy production or heart health – the nutrients found in hemp can benefit your health in several ways.

Hemp can also be a helpful ingredient in beauty care products.

It is a rich source of antioxidants like vitamin E, which may fight the effects of aging. The fatty acid content in hemp oil penetrates your skin and reaches the roots of your hair, helping to moisturize from the inside out. Most other lotions simply lubricate the surface of your skin.

At Natural Healthy Concepts, you’ll find a wide selection of health and beauty products that harness the benefits of hemp. That includes the popular brand Dr. Bronner’s Magic Soaps.

Founder David Bronner and his family support hemp activism and have staged protests in Washington, D.C. against U.S. farming restrictions.

Watch a Video on the Dietary Benefits of Hemp Seeds

What Are Your Thoughts?

We’d like to hear what you think about hemp farming, its health benefits, its connection to marijuana – or anything else.

Watch Bronner Make His Case Outside the White House