You are here: Home › Our Blog › Help Me Sleep!
By Theresa Groskopp, CN on April 13, 2012 in Health Challenges, Health Tips 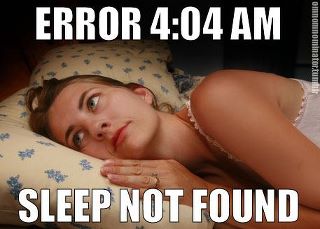 Do you sleep well? Sometimes I have trouble sleeping. I’ve tried a number of natural sleep remedies and recently found one that’s especially good. In addition to adding more B vitamins to my diet, I tried the bioactive milk peptides you’ll read about in the article below from Life Extension.

Sleep deprivation is just plain bad for your health. If Â you have trouble sleeping, find out why – especially if you’re young. Go to a doctor who will get to the cause, not just hand you an Rx for a sleep med. TheÂ cumulativeÂ effects of chronic insomnia are very dangerous and can set you up for many health problems down the road. Fortunately, there are natural products that can help – here’s one of them.

If you find yourself routinely struggling to fall asleepâ€”or to stay asleepâ€”youâ€™re not alone. A staggering 30% of Americans suffer from chronic insomnia,Â while approximately 60Â million experience problems falling asleep in a given year.

In addition to its adverse impact on mood and quality of life, chronic insomnia can increaseÂ oneâ€™s risk for most degenerative diseases.

In the search for natural ways to combat this health threat, researchers have isolated a set of nutritional compounds called bioactive milk peptides that promote sustained and restful sleep patterns while inducing a state of relaxation.

For generations, mothers have given their children a warm glass of milk before bed as a way to help them fall asleep. As far back as 1934, this home remedy gained scientific validation when it was observed that people who ate milk and cornflakes were more likely to enjoy a full night of uninterrupted sleep.

In 1997,Â pediatric researchers added to the evidence by demonstrating that newborns given an infant formula containing milk fell asleep not solely due to nursing and being held, but owing specifically to something in milk itself.

In 2000,Â Â researchers identified what that â€œsomethingâ€ was. It turns out that nutrients found in cowâ€™s milk called bioactive peptides (chains of amino acids) exert a sedative effect on the brain andÂ induce sustained sleep patterns.

These bioactive milk peptides have since been shown to act on the brainâ€™s GABA-A receptors,14 the same mechanism of action that makes the class of sedatives known as benzodiazepinesso effective. The advantage of milk peptides, of course, is that they induce relaxation and sleep without the side effects associated with long-term Â use.

In human studies, a proprietary bioactive milk peptide compound used widely in Europe has been shown to effectively induce relaxation, leading not only to deeper, more restorative sleep, but also to substantial improvements across a wide range of stress markers.

When given this proprietary bioactive milk peptide compound, aging individuals suffering from stress-related symptoms and chronic insomnia consistently exhibit substantial reductions in biomarkers associated with the stress response. These stress response biomarkers include elevated cortisol, heart rate, and blood pressure, along with physical and psychological symptoms.

In a number of especially noteworthy published studies, the improvements in stress-related markers proved to be both significant andÂ system-wide.

For example, a group of over 60 women suffering from a constellation of stress-related problems was given 150 mg per day of this bioactive milk peptideÂ compound. Before treatment, they suffered from a broad range of symptoms, including digestive, cardiovascular, pulmonary, emotional, cognitive, and social disorders.

Interestingly, for those women exhibiting symptoms of the highest intensity at the outset of the study, the 30-day improvements were dramatic…Â compared to the placebo group, these women saw their stress-related conditions slashed across the board, with improvement almost 30% higher in some symptom categories. Similarly compelling results have been observed in men.

Each of these three stress response markers were substantially lowered in the group taking the proprietary bioactive milk peptidecompared to controls.

Cortisol levels in the placebo groupâ€”measured before and after administration of stress testingâ€”saw a net change of only -3.39%. This means that the harmful spike in cortisol typically caused by stressful situations was almost entirely unaffected in the group that did not receive treatment. By comparison, the milk peptide group experienced a net reduction in cortisol of -20.69%. In other words, the release of cortisol was kept under control by the milk peptides, limiting its detrimental effects.

What You Need to Know: Natural Sedative Restores Youthful Sleep

The milk peptide group also experienced an almost 50% lowerÂ increase in heart rate when placed under stress than those in the placebo group.

The proprietary milk peptide yielded positive outcomes in nearly all indicators measured, for both men and women.

In a placebo-controlled study of 165 healthy adults with a history of insomnia, participants were given 150 mgÂ of milk peptides or placebo each day for one month.

Changes in their ability to relax and fall asleep were evaluated using established diagnostic tools that measure 27 individual indicators of sleep disorders and insomnia-related problems (including daytime cognition and overall function).

The Key to Falling Asleep: Combating Cortisol and the Stress Response

At the core of this proprietary milk peptide compoundâ€™s sedative effect is a demonstrated power to effectively blunt the stress response,a primary causative factor in chronic insomnia.

Stress, anxiety, and sleep deprivation share one crucial feature in common: each prompts your adrenal glands to secrete cortisol,Â the stress hormone. Since most people now encounter significant stress in their daily lives, chronic cortisol overexposure probably accounts to a great extent for the extraordinary prevalence of insomnia today.

As an evolutionary adaptation to temporary external dangers, cortisol enhances alertness, raises your heart rate, and increases blood pressure. It mobilizes energy toward handling a challenging situation and away from a relaxed, inattentive state. This may enable you to manage a sudden crisis effectively, but it also makes it difficult, if not impossible, to fall asleep. In this sense, cortisol release evolved as a temporary, stopgap measure, but our physiology is not structured to withstand sustained cortisol exposure.

Cortisol also boosts insulin levels.Â This in turn creates a metabolic environment that predisposes aging individuals to fat storage. Sleep deprivation also causes us to consume an average of 221 more calories the next day than we normally would.

Interestingly, researchers have discovered that the adverse metabolic impact of even short-term cortisol elevations (increased blood sugar and higher insulin levels) is more pronounced in the evening than in the morning.

Together with other similarly harmful effects, chronically elevated cortisol levels can set in motion a cascade of pathologic physiological processes that hastens the onset of virtually all degenerative diseases. This is no longer a matter of scientific conjecture: over the past two decades, insufficient or poor-quality sleep has been definitively linked to increased mortality from all causes.

The proprietary milk peptide yielded positive outcomes in nearly all indicators measured,Â for both men and women. Â Sleep quality, sleep efficiency, sleep disturbances, and daytime dysfunction were all improved, especially in individuals who suffered from moderate symptoms of anxiety or depression.

These results were confirmed by yet another clinical analysis of bioactive milk peptides in adults suffering from pronounced sleep disturbances.

Thirty-two healthy men and women suffering from insomnia during the preceding six months took a 150 mg capsule of patented milk bioactive peptide one hour before bedtimeâ€”or placeboâ€”for a month.

After two weeks, the bioactive milk peptide group experienced a 50% improvement in sleep quality. At four weeks, they needed 30% less time to fall asleep and experienced improvements in daytime alertness and function.

The dire health consequences of sleep deprivation range from elevated levels of cortisol (the stress hormone), insulin resistance, and increased fat storage to greater risk of mortality from all causes, including cancer and cardiovascular disease. In both animal and human studies, a proprietary set of bioactive milk-derived peptides used widely in Europe has been shown to effectively combat the stress response, blunt elevations of cortisol, and substantially eliminate stress-related symptoms across multiple systems of the body. The result is improved ability to relax and fall asleep. Using established diagnostic tools that measure sleep disorders and insomnia-related problems, this proprietary milk peptide yielded positive outcomes in nearly all indicators measured,Â for both men and women.

So there you have it – milk peptides can help you sleep. Seriously, don’t neglect your rest – your life may depend on it… And one more thing, you can buy the milk peptides here!

+Mary BloomerÂ is an advocate for natural health and wellness and writes regularly for Natural Healthy Concepts. Visit the site today to browse a wide selection of herbal nutrition supplements, homeopathic medicine and natural skin care!Â

10 danger signs of stress (and what you can do about it)
Celebrate International Moment of Laughter Day!

3 Responses to Help Me Sleep!