You are here: Home › Our Blog › Is Your Heartburn Medication a Health Risk?
By Theresa Groskopp, CN on May 20, 2016 in Health Challenges 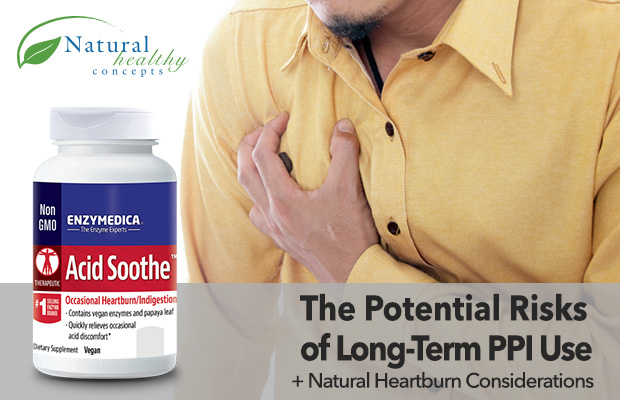 Chronic heartburn is not fun; either is choosing what to take for it. There are antacids, foaming agents, H2 blockers, prokinetics, Bismuth subsalicylate products and proton pump inhibitors (PPIs) â€¦ and then you have to consider the potential side effects of each. They are FDA approved, so that must mean they are safe – right? Let’s take a look at some potential health risks related toÂ heartburn medication.

The use of PPIs for heartburn has skyrocketed in recent years. Only now are we learning of the widespread misuse and potential adverse effects related to their long-term use.Â Considering that over 100 million PPI prescriptions are filled in the United States – totaling more than $14 billion – each year, I feel it is important for everyone to be educated aboutÂ this best-selling class of drugs. They include prescription and over-the-counter products like Aciphex, Nexium, Prevacid and Prilosec.

Let’s get started byÂ looking at the potential health risks of excessive heartburn medication use, and then move on to some natural ways to promote healthy digestion.

A Closer Look at Heartburn Medication and PPIs

Since the introduction of these powerful stomach acid suppressors over 25 years ago, PPIsÂ have generally been perceived as safe. And the FDA did approve themÂ for short-term use. Yet many individuals are not using them as intended.

More and more people are chronically taking PPIs for persistent conditions for years, which is bringing the long-term potential adverse effects under the spotlight. Be aware of the potential risks, including those related to kidney health, bone health, dementia, heart attacks and increased infection rates!

CBS News reported in April 2016 the results of a study published in the Journal of the American Society of Nephrology that indicate “long-term use of a common type of medication used to treat heartburn, acid reflux and ulcers may lead to an increased risk of kidney disease and kidney failure.” This affirms prior research into PPIs that this group of drugs is associated with kidney damage.

According to the new data, “The risk of a decline in kidney function was 32 percent higher for people taking PPIs, and the risk of new cases of chronic kidney disease was 28 percent higher.Â Patients taking PPIs were 96 percent more likely to experience end-stage renal disease – kidney failure – than those who took H2 blockers.” These risks increased for about two years of use and then leveled out. (Source)

The U.S. Food and Drug Administration has determined that “bone fractures are considered a safety concern when people use PPIs for a year or more,” or in high doses. These fractures seem to be concentrated on the hip, wrist and spine. Many researchers point to the decreased intestinal absorption of calcium as the culprit.

The administration has also published a drug safety warning that nutrient absorption, such as that of magnesium, calcium, iron and vitamin B12, may be affected by long-term PPI use. Low levels of calcium and magnesium can lead to health issues like osteoporosis and high blood pressure.

A report published in JAMA Neurology in February 2016 suggests there is an association between PPIs and risk of dementia in older patients. They have been shown “to be potentially involved in cognitive decline.” Findings point to some PPIs crossing the blood-brain barrier and interacting with brain enzymes.

This potential dementia risk may also be associated with the nutrient absorption effect of PPIs, since vitamin B12 deficiency has been shown to have an association with cognitive decline. The results of this study are similar to findings from a different study. More clinical trials are continuing.

Researchers at the Stanford University School of Medicine found an increased risk of heart attack in people who used PPIs, according to a June 2015 study. The results indicate “that PPI use was associated with a roughly 20 percent increase in the rate of subsequent heart-attack risk among all adult PPI users, even when excluding those also taking clopidogrel.”

While it doesn’t prove causation, it has raised serious concerns.

As PPIs block the production of stomach acid, it inhibits the acid’s function as a barrier against ingested pathogens. This leaves people more vulnerable to infections.

The FDA communicated an association between a digestive system infection named Clostridium difficile and PPIs in a warning. They have been linked to an increased risk of pneumonia and salmonella as well. (Source)

The aforementioned associations were made retrospectively, not prospectively, so no cause-and-effect relationships to these health issues have been studied. However, the risks are certainly worth considering!

What is the takeaway from all of this research? I would say that it is evidence that individuals who don’t need heartburn medicationÂ shouldn’t take it. If PPIs are medically necessary, it is best to use the lowest dose forÂ the shortest duration. And, if you’ve been on a PPI for a long period of time, discuss the risks and benefitsÂ with your healthcare practitioner.

There are a number of lifestyle changes you can try to ease heartburn symptoms. It helps to start with the contributing factors.

Health.com suggests these causes that you may not have considered:

Obviously, you can’t change your genes, but many people find relief by working onÂ what they can affect. Other lifestyle-related things I would suggest are to avoidÂ high-fat foods, stop eating a couple of hours before going to bed, eat smaller meals, and taking note of times when you have heartburn and try avoiding the foods eaten prior to that. Alcohol consumption may also be a factor as beer and wine, especially, may increase gastric acid secretions. (Source)

You may also want to consider a dietary supplement that supports healthy digestion. 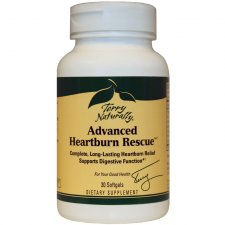 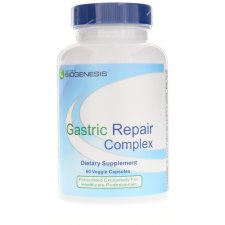 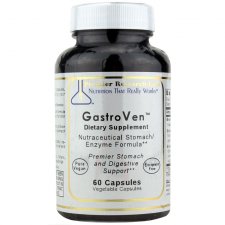 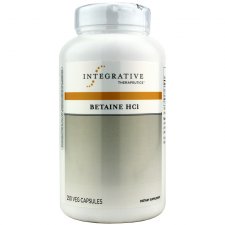 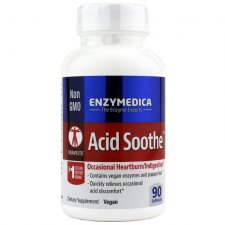 Have you had success with a natural option for heartburn or negative effects from a heartburn medication? Please comment about it below so all of our readers can benefit!

If you’d like to have our posts sent directly to your inbox, enter your email here.

One Response to Is Your Heartburn Medication a Health Risk?