You are here: Home › Our Blog › Health Benefits of Cinnamon and Ways to Use it in your Home
By Theresa Groskopp, CN on July 15, 2015 in Health Tips 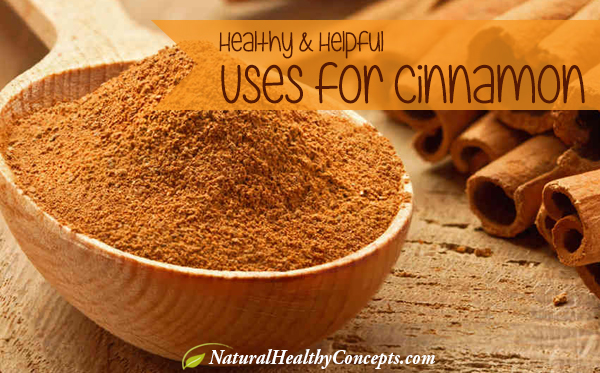 Cinnamon makes things like oatmeal and muffins extra delicious, but did you know it has a lot of great uses for your home and your health? Check themÂ out!Â

I’d heard about using cinnamon to get rid of ants time and time again, but I was skeptical. Until I tried it.

Shortly after moving into a new house, I found an army of ants marching along my front step, invading my potted plants and sneaking in the door. I was horrified. I HATE ants. I will welcome a horde of spiders into my home before ants. Concerned about different ant poisons harming my plants (some of them edible), I wanted something natural. I gave the cinnamon a try, sprinkling it along the step and in my pots. The next morning, the ants were gone. Boom! Megan – 1, Ants – 0.

No one likes the smell of old stale moth balls, so to keep clothes and fabrics safe from moths who might want to take a nibble, put a few cinnamon sticks in drawers and closets.

Great against bacteria, cinnamon can help kill odor-causing bacteria in your mouth. Nibble on a stick, steep some sticks in hot water for a tea or try a natural cinnamon toothpaste like this one. Or how about some gum?

Just like it can freshen your breath, it can do wonders for Fido, too. It helps to break down bits of food that get caught between your dog’s teeth for less dog breath and cleaner teeth. I sprinkle about a teaspoon onto my dogs’ dry food. And they don’t mind the taste at all – even my picky Miniature Schnauzer.

Learn more about dog dental care in this post.Â

To soothe a scratchy throat, get some cinnamon sticks and cold water and make a tea, letting it steep several hours. You’ll get a nice dose of mucilage, a water-soluble fiber that coats and soothes the throat.

Cinnamon may help keep blood sugar level, helping avoid sugar spikes and cravings. Sprinkle it on some apples for a healthy, satisfying snack. Or, get your day started with this healthy cinnamon granola – it’s a great source of protein and fiber and is free of gluten and soy.

7. Get an Antioxidant Boost

Cinnamon is rich in antioxidants, which can do all kinds of great things for your health. But please, don’t try eating a heap of cinnamon, many people have suffered sever consequences from doing so, including lung damage. Instead, get a supplement like this one from NOW Foods.

According to Psychology Today, cinnamon can benefit brain function. It may contain compounds that support the health of neurons to keep your mind sharp. Even smelling it can help. Get a cinnamon essential oil to infuse in your home, or try a brain-boosting supplement containing cinnamon.

Want to learn about other spices? Check out this post on cloves. And to stay updated on all the natural news we love to share, subscribe to our blog.

Workout Wednesday: Why Magnesium is So Important
7 Yummy Yogurt Recipes and How to Make Your Own